In the 2006 Wim Wenders movie Don't Come Knocking, Sam Shepard plays an aging actor who escapes the set of his latest western by jumping on a real horse in full costume, galloping off to find a long-lost love and perhaps himself. The film and its script, which Shepard wrote for Wenders, are a very minor achievement in either man's career, but that image remains delightfully efficient: There, in a perfect recreation of a scene from a classic western, goes the fake cowboy riding away from Hollywood's illusions.

The humour with which Shepard has exposed American mythology and the irony with which he celebrates American masculinity make his plays something of a having-your-cake-and-eating-it-too proposition. Just as Shepard the actor (best remembered as test pilot Chuck Yeager in The Right Stuff) personifies tough guys on screen while Shepard the playwright probes their desperation on stage, so too do the plays themselves delight in the very myths they are exposing.

In True West, the 1980 drama that Soulpepper recently revived in Toronto, Shepard split that Hollywood metaphor into two characters, the stymied screenwriter Austin and his thieving brother Lee who has just wandered into suburban California from the desert. The play is animated by a hilarious collision of the bad boy's disruptiveness with the intellectual's male angst, and the joke is that they naturally switch jobs, Lee rising to the profession of mythmaking while Austin resorts to stealing the neighbours' toasters.

Similarly, 1983's much darker Fool for Love, which is being revived in Toronto this week as part of the Playwright Project festival devoted to Shepard's work, treats the audience to a dangerously sexy encounter between a man and a woman in a desert motel room before it reveals their unthinkable history.

These are parts that actors love while the plays' machismo (and their small casts) have often appealed to the men who run North America's theatres, if not perhaps as much to the women who fill the seats. But the truth is, by the time the new century arrived, Shepard was feeling dated. The third-act revelation of incest, addiction or abuse, around which he so successfully structured his 1979 Pulitzer Prize-winning farming-family drama Buried Child, became a cliché of the identity theatre of the 1980s and 1990s, making Shepard's script feel unoriginal retroactively.

Meanwhile, his non-naturalistic gestures, the memories or ghosts that occasionally wandered into otherwise conventionally structured pieces, felt hesitant in an age of postmodern showmanship. By the time Buried Child was treated to its first major revivals in Chicago and New York in the mid-1990s, Tony Kushner's Angels in America trilogy had seduced audiences with super-sized dramas in which interventions by divine beings and historical figures were routine.

And yet today, as a younger generation rediscovers his work – the Playwright Project is mining early plays for their ragged energy and low-budget settings – Shepard's dramas appear poised at that place where the dated gradually becomes classic. David Mamet is just as tough-talking but his switch to screenwriting and his narrow focus on contemporary political debates in plays such as 1994's Oleanna and the more recent Race threaten to eclipse the achievement of plays such as Glengarry Glen Ross, that searing dissection of the salesman. That leaves Shepard as heir to the 20th-century American tradition that successfully fused the kitchen-sink drama with the memory play. His drifters, dreamers and dudes are the descendents of the rivalrous brothers in Eugene O'Neill's Desire Under the Elms (1924), the fractured family in Arthur Miller's All My Sons (1947) and the drifting gigolo in Tennessee Williams's Sweet Bird of Youth (1959), all of them tragedies that challenged the American dream. In that regard, Shepard's achievement was to take a largely rural, pre-war mythology (which still inflates many a Hollywood movie) and force it into a dramatic showdown with a contemporary, urban world: Austin and Lee are real America and illusionary America battling it out on a kitchen floor in the suburbs. On the varied landscape of 20th-century American theatre, Shepard now appears as a mighty figure, the last cowboy standing.

The Playwright Project devoted to Sam Shepard's plays continues through May 7 at various venues. See playwrightproject.com for details. 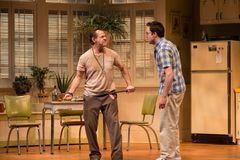 The Playwright Project brings some Sam Shepard to a neighbourhood near you
May 3, 2013 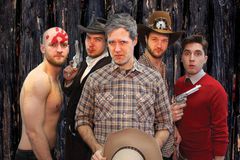 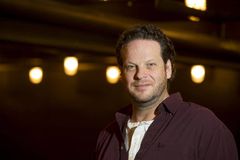