In theatre, there are few occasions as joyful as when the right director meets the right playwright.

When Richard Rose, artistic director of Toronto's Tarragon Theatre, tied the knot with Wajdi Mouawad, the popular Québécois playwright born in Lebanon, it certainly was a marriage worth celebrating on a Will-and-Kate level.

Mouawad, now one of the world's most-performed living French-language writers, hadn't had much luck breaking through into the Anglosphere until Rose conjured his production of Scorched (known as Incendies in French) in 2007.

Rose, meanwhile, hadn't had a monster hit on the mainstage during his tenure at Tarragon until his sand-swept staging of Scorched, which returned to the theatre twice and toured Canada.

Peeking out from behind his Harry Potter glasses in a Tarragon boardroom on a wintry spring day, Rose makes it sound simple, his success with that Greek-tragedy-inspired story of a pair of siblings searching for the father they thought was dead and a brother they did not know existed.

"One of my great joys is modern dance - dance in big empty spaces," says Rose, dressed all in black as if for a funeral. "That's what Scorched was, a dance in sand and a few exits."

Now, Rose is taking a second swipe at making magic with Mouawad, staging the world premiere of Linda Gaboriau's English translation of his 2006 play Forests as a cap to the Tarragon Theatre's 40th anniversary season (and Rose's ninth at its head).

Forests - Forêts in French - is a genealogical journey like Scorched, but an even more sweeping one. After the death of her mother, Quebec teenager Loup (Vivien Endicott-Douglas) traces her family history back over six generations and 130 years.

Mouawad's epic bounces back and forth from Alsace-Lorraine after the end of the Franco-Prussian war in 1872 and modern-day Montreal, with sight-seeing stops in the carnage and courage of two world wars in between. The script lists 17 major characters, as well a "non-exhaustive list of secondary characters" that number more than a dozen.

In among that daunting dramatis personae, Rose has found plenty of room for the drama to breath. "This is my kind of play - it's very open, an open space," he explains. "You have to be extremely clear as you deal with each time and space, and yet you have to embrace the sprawl."

Since Scorched, Mouawad has only become better known outside Quebec and France: Denis Villeneuve's film adaptation of that play, Incendies (2010), was nominated for an Academy Award for best foreign-language film this year, while Mouawad recently made less laudatory headlines after attempting to cast Bertrand Cantat, the French rock star who killed his girlfriend in 2003, in a production in Ottawa and Montreal. (Rose says he doesn't know enough of the facts to really comment on the latter case. "It got kinda messy - sadly, so I think," he says.)

Directors elsewhere have sometimes struggled with the meatiness of Mouawad's writing, however - their productions often end up criticized as being too wordy - so it's no surprise Rose has once again been accorded the English-language premiere.

"My daughter was at a reading of Scorched at NYU after seeing my production here and she said they kind of mangled it because they tried to do it too naturalistically, in that, for lack of a better word, American style of method acting," says Rose.

For a more appropriate style, Rose points to Shakespeare with his soliloquies where actors should "speak as fast as your brain thinks." A more contemporary comparison would be Howard Barker, the British playwright whose dense dialogue Rose championed in Canada when he ran Necessary Angel theatre company for 24 years.

"[Mouawad's]writing reaches into arias and poetic worlds of words that compound on top of each other - it's not like a lot of English theatre that has a lot of subtext," says Rose.

Of course, Rose also has the distinct advantage of producing in front of an audience that has been ideally primed for such French-inflected work. It was at the Tarragon Theatre that Bill Glassco developed an audience for Québécois playwright Michel Tremblay 40 years ago. Glassco's ability to sell English Canada on Tremblay is as significant a contribution as his nurturing of playwrights such as David French and James Reaney.

Will Mouawad be to Rose's legacy what Tremblay is to Glassco's? We'll have to check back in at the Tarragon in another 40 years to find out for sure.

Forests opens at Toronto's Tarragon Theatre on Wednesday and runs till May 29.

Temps: A family reunion haunted by secrets and lies
April 22, 2011 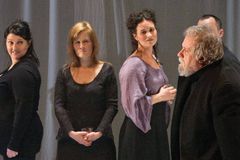 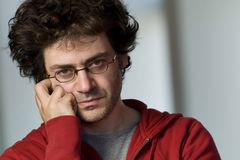 Why is Wajdi Mouawad still silent on l'affaire Cantat?
April 11, 2011 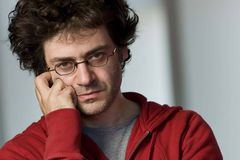