On Monday night, the Stratford Festival will be looking back as veteran actor Gordon Pinsent is honoured with the Legacy Award in Toronto.

Oscar-winning actor Christopher Plummer will be on hand Sept. 26 at the Four Seasons Hotel to present the award to his old pal Pinsent – who spent one season in Stratford as an unknown in 1962, and returned for another in 1975 after he'd become a Canadian film and TV star. Plummer will simply be returning a favour from 2011, when Pinsent presented the inaugural Stratford Festival Legacy Award to Plummer.

On the occasion of these now annual celebratory galas, my thoughts tend to move from Stratford's illustrious past to its possible futures. Will any Stratford Festival actors of the present loom as large as Pinsent and Plummer (and previous Legacy honorees such as Martha Henry and Maggie Smith) in the decades ahead? Which current company members might inspire the well-to-do to shell out $15,000 for a table of 10 a half-century from now? I don't have a crystal ball – but I do have a few leads on which actors Stratford-goers will be talking about a year from now. The Ontario repertory theatre company will not officially announce its casting for the 2017 season until next month – but theatre folk being theatre folk, information about who is starring in the big shows in the 1,826-seat Festival Theatre has already started to leak out.

From what has made it to this theatre critic's ears and eyes, it looks, again, like a season in which younger actors will have the opportunity to shine in major Shakespearean roles on the famed thrust stage.

Twelfth Night, my sources say, will see Sarah Afful and Michael Blake reunited with director Martha Henry after their strong turns in Arthur Miller's All My Sons this year – a highlight of the current season (and closing on Oct. 2, if you haven't yet caught it). Indeed, Afful and Blake will even be playing sister and brother again: Viola and Sebastian, the shipwrecked twins around whom the comedy revolves.

E.B. Smith, an underappreciated six-season veteran of the Festival, is on board to play Orsino – the duke Viola falls in love with while in disguise as a boy – and a couple of Festival heavy-hitters look set to play other key parts in the comedy: Tony-winner Brent Carver should be returning to the Festival for the first time since 2011 to play Feste, while Tom Rooney, one of the funniest Shakespearean actors in the world, will be back to play the plum role of Sir Andrew Aguecheek. (Rooney's Malvolio, which he played the last time Stratford did this show, was the best I've ever seen; whoever plays the part in 2017 has big shoes to fill.)

Romeo and Juliet, also on the Festival's famed thrust stage, is set to star another couple of young Stratford Festival company members. Director Scott Wentworth's production has found its Juliet in Sara Farb, who played Anne Frank two years ago and is shining again this year as Lucy in The Lion, The Witch and the Wardrobe – a hit that has been extended well into November.

Antoine Yared, meanwhile, has been tapped to play Romeo – a well-deserved lead role for an actor who had a memorable supporting turn as Malcolm in Macbeth this season.

Evan Buliung, an established Stratford actor who is absent from the current season, will be back as Mercutio next season – his second stab at the role, if you'll forgive the pun, after his triumphant turn as Mercutio in 2008 under the direction of Des McAnuff.

For Buliung, 2017 is going to be a big year – word on the street says he'll play the lead role of Sky Masterson in Guys and Dolls, too, under the direction of hit-maker Donna Feore. Alexis Gordon, currently on stage at Stratford in A Little Night Music, will try to save his soul as missionary Sarah Brown, while Sean Arbuckle and Blythe Wilson are set to play Nathan Detroit and Miss Adelaide in the good old reliable Frank Loesser musical. Dora Mavor Moore Award winner Lisa Horner has been tapped to play General Cartwright – while Laurie Murdoch will play Sarah's grandfather Arvide Abernathy. 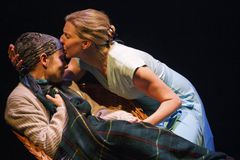 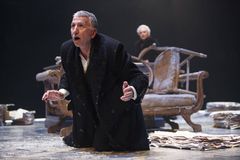 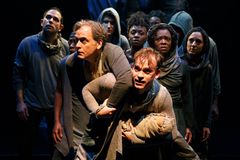