They’re calling it the Youthquake.

This season, the Stratford Festival is seeing major generational renewal as a crop of younger actors take the spotlight at the classical theatre. The Macbeths in the season-opening production are thirsty millennials in their early thirties, while Henry V will turn the actual age the historical monarch was at the Battle of Agincourt during its run (that’s 29). Even William Shakespeare himself appears in the stage adaptation of the film Shakespeare in Love not as the balding man of the Droeshout engraving, but in his salad days, writing his earliest plays, as played by 28-year-old Luke Humphrey. 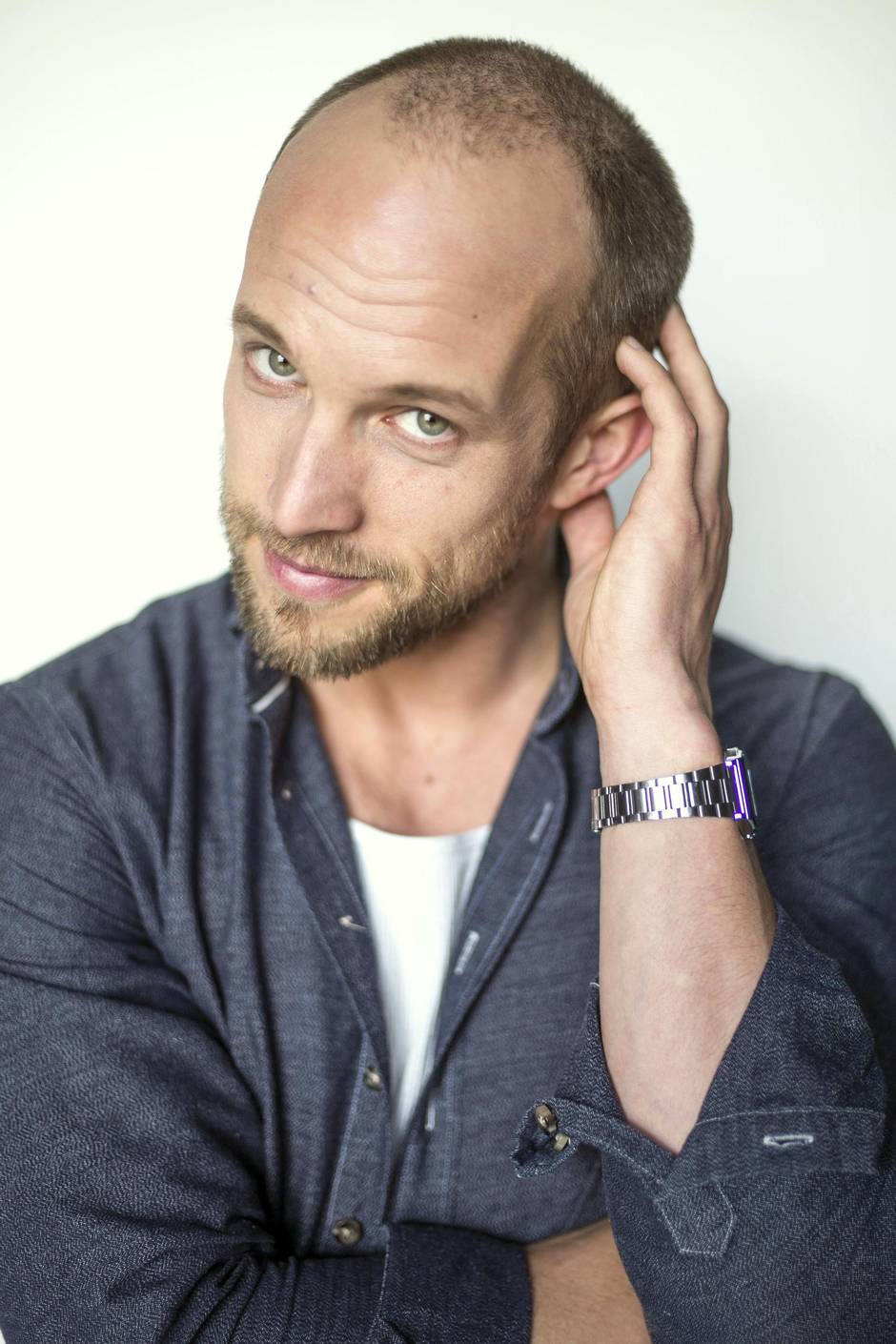 Stratford Theatre actor Ian Lake plays Macbeth in Macbeth and Thomas Diafoirerhoea in The Hypochondriac. (Chris Young for The Globe and Mail)

“You can’t ignore the fact that the average age of the company is a lot younger,” says Ian Lake, 32, who has come back to Stratford to take on the Macbeth role after an absence during which he starred in the Mirvish Productions musical Once. “And that means new energy, new voices, new spirits that are coming in to tackle these stories.”

Indeed, Lake is almost two decades younger than Stratford’s previous Macbeth – Colm Feore, who played the part at age 50 in 2009.

And Lake and his Lady Macbeth (Krystin Pellerin, 32) are even a substantial change from the leads of last year’s season-anchoring Shakespearean show, Jonathan Goad and Adrienne Gould, who took on the young lovers Hamlet and Ophelia in their 40s.

What’s behind so many of the stars established in recent seasons like Goad, Deborah Hay (Katherina in The Taming of the Shrew), Mike Shara (Berowne in Love Labour’s Lost) and Evan Buliung (Pericles) being absent and the baton passing? 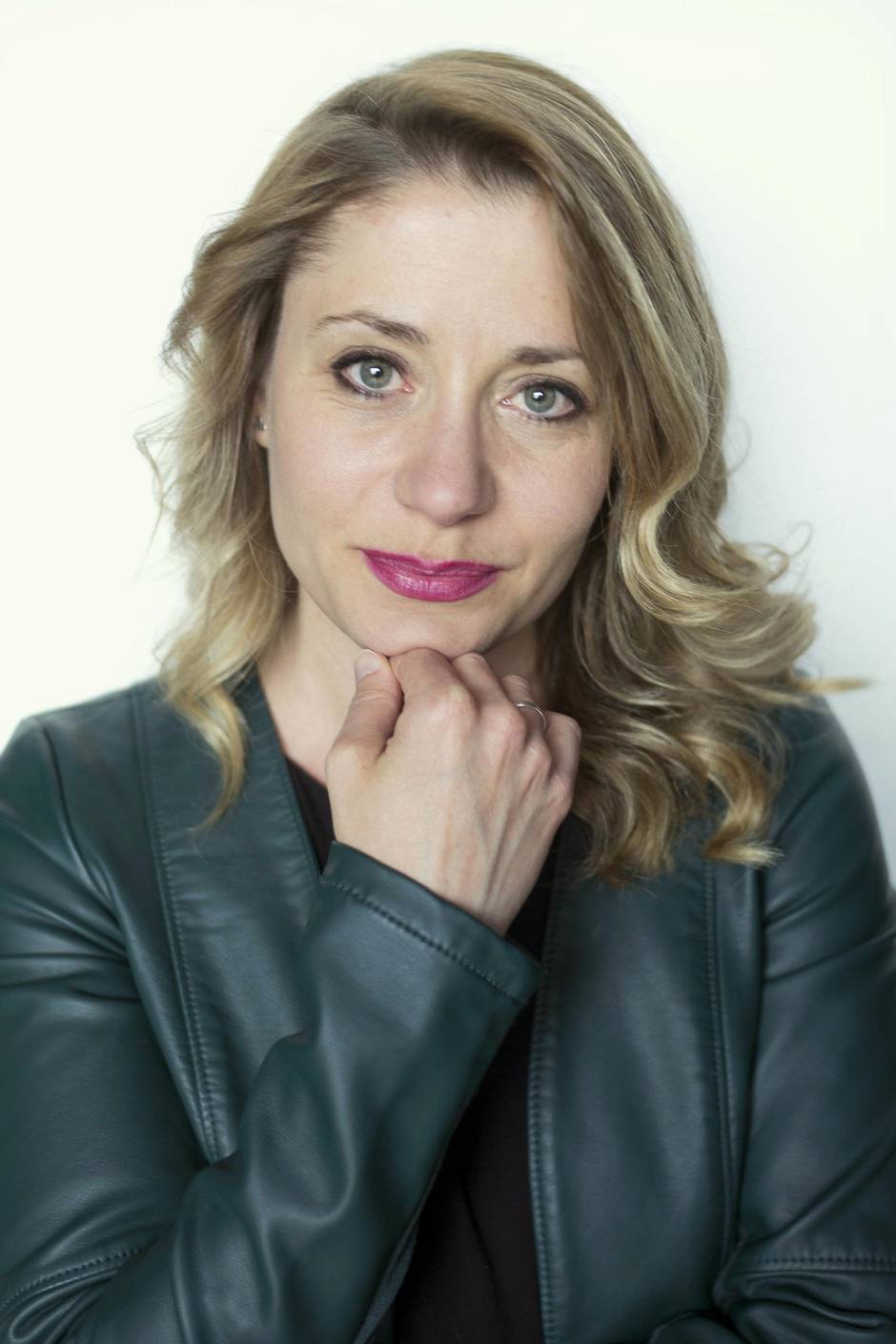 Krystin Pellerin plays Lady Macbeth in Macbeth and Maggie in Bunny. (Chris Young for The Globe and Mail)

The result is that Generation Y is taking pride of place on Stratford’s stages for the first time – as actors groomed within the company rise to prominence and others return to the fold after triumphs elsewhere.

For centuries, each new generation of Shakespearean actors has spoken the words in a style that has somewhat been in reaction to the one that came before it – each having a different idea of how to make the Bard’s verse and prose resonate in fresh ways.

But Cimolino sees the current shift at Stratford going beyond stylistic choices. “As we have more female directors and different cultural influences, there are different approaches that make it sound different,” he says, recalling how his Italian background affected his interpretations upon his own arrival in the company as an actor in the 1980s. “That’s really exciting and revitalizing.”

In a recent documentary, the late Stratford artistic director Robin Phillips can be heard talking about how the “Canadian accent” is the best for Shakespeare. But a contemporary audience is more likely to ask: Which Canadian accent?

In fact, the most immediately notable aspect of the younger Stratford is that it is becoming a more thoroughly diverse Stratford – just as young Canada is a more diverse country. That’s most apparent in the casting of Araya Mengesha as Prince Hal and Henry V in a collection of four history plays condensed into two evenings called Breath of Kings. 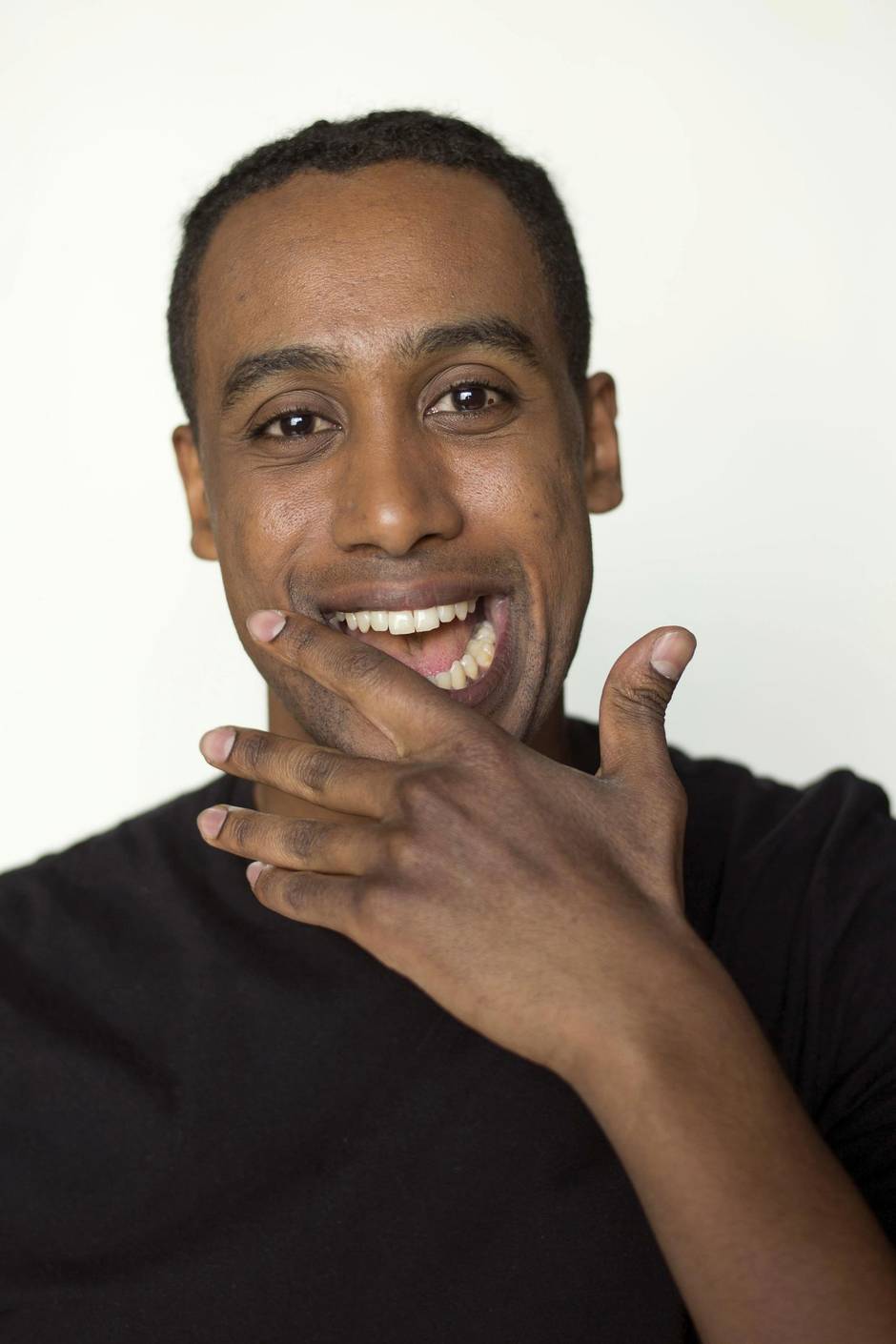 Mengesha is the first actor of colour to take on a monarch at Stratford – a fact the 28-year-old believes is worth a mention, but not “breaking out the fanfare” for. Indeed, while it is a breakthrough, it’s one long overdue – the Royal Shakespeare Company cast its first black English king in 2000.

Mengesha first came to Stratford straight out of Ryerson Theatre School in 2009 – but left the next year to pursue film and television, as well as independent theatre, telling stories closer to his own life. That’s a story that has been common as Canada’s major rep companies in small, rural towns have struggled to attract and retain young actors of colour.

But Breath of Kings lured the talented young actor back precisely because the trajectory from Prince Hal to King is one that spoke to him as an individual. “The notion of this guy who has to take on a legacy that was fought for but that he wasn’t a part of, the weight of that,” says Mengesha, whose family, incidentally, is descended from the last emperor of Ethiopia, Haile Selassie. “It really reminds me of my parents coming here, everything they did to set up this life for me as a first-generation Canadian.”

Back at Stratford after a six-year absence, Mengesha is finding the atmosphere more inclusive. In 2009, the festival was trying to address the question of diversity, but was not quite yet comfortable with it (and neither were its audiences). Now, he believes, “it’s more normalized than I’ve ever seen it before. … We’re just been doing the work.” 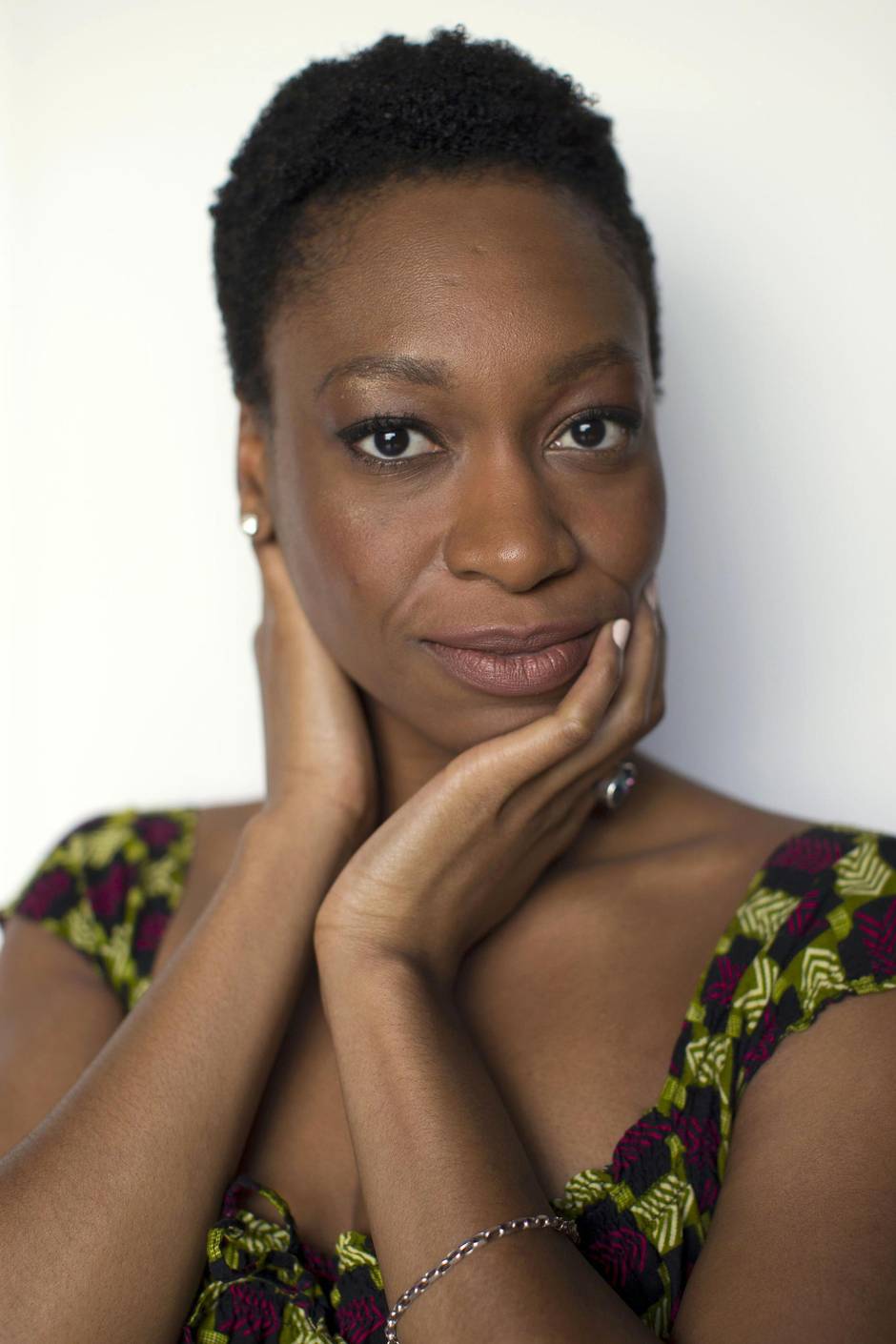 Sarah Afful plays Lady Macduff in Macbeth, Ann Deever in All My Sons and Mrs. Fanny Wilton in John Gabriel Borkman. (Chris Young for The Globe and Mail)

Sarah Afful, the 31-year-old actress who is playing Ann Deaver in Arthur Miller’s All My Sons and Lady McDuff in Macbeth this season, has observed a similar shift over the five consecutive years she’s spent at Stratford, passing through its Birmingham Conservatory professional development program then entering the company.

Growing up in Vancouver, classical theatre in Canada was not on Afful’s radar. “It wasn’t until I saw a postcard during university of this girl at the Globe [theatre in England] that I thought, ‘Oh, black people can do Shakespeare,’ ” she recalls.

But even at Stratford, Afful only really started to feel she could truly contribute to the festival when American director Peter Sellars selected her for his distilled A Midsummer Night’s Dream in 2014 – and encouraged her to bring herself to the role.

After a number of experiences in “colour-blind” productions where she would be the one black member of an otherwise white family, Afful discovered a different, colour-conscious approach to the classics through Sellars. “He took a Shakespeare play and made it about race,” she recalls.

This is an approach now being more widely embraced at Stratford as the company gets more deeply diverse. This season, for instance, the entire Deever family in All My Sons is black. “I am a black woman in this play,” Afful says. 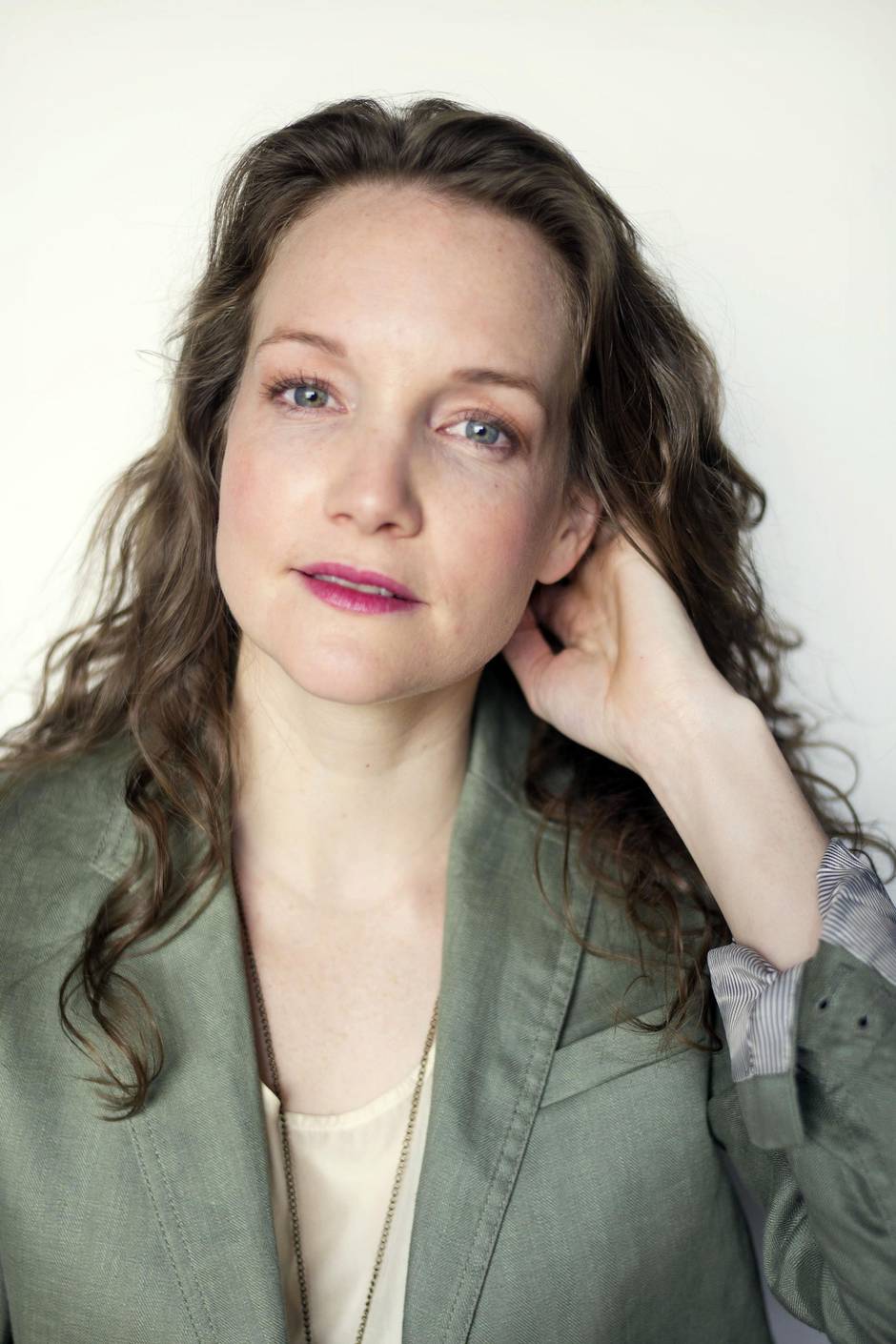 Shannon Taylor plays Viola de Lesseps in Shakespeare in Love and Angelique in The Hypochondriac. (Chris Young for The Globe and Mail)

While Afful has grown within the festival, Shannon Taylor – the 32-year-old playing Viola in Shakespeare in Love and Angelique in Molière’s The Hypochondriac – came back to Stratford last season after a long absence acting across the country. When she was a high-school student in 2001, she first came to Stratford to play Liesl in The Sound of Music. Last year was her second season.

For her, the Birmingham Conservatory program is key to younger actors such as her finding their footing at Stratford – where she’s now quickly been promoted to lead roles.

It’s not just a training ground for Shakespeare – but for how to navigate Stratford’s complicated repertory system, the four theatres and all the rehearsals rooms, and even the town. “It was a useful way for me to become reintegrated in the company again,” she says. “It can be quite overwhelming – you’re moving your life here for a significant time and helping ease that transition.”

The term “Youthquake,” Lake explains, is bit of an inside joke. In the second season of the cult Canadian TV series Slings and Arrows, set at a classical theatre company similar to the Stratford Festival, that was the name given to a sudden influx of young patrons brought in by an edgy advertising campaign. 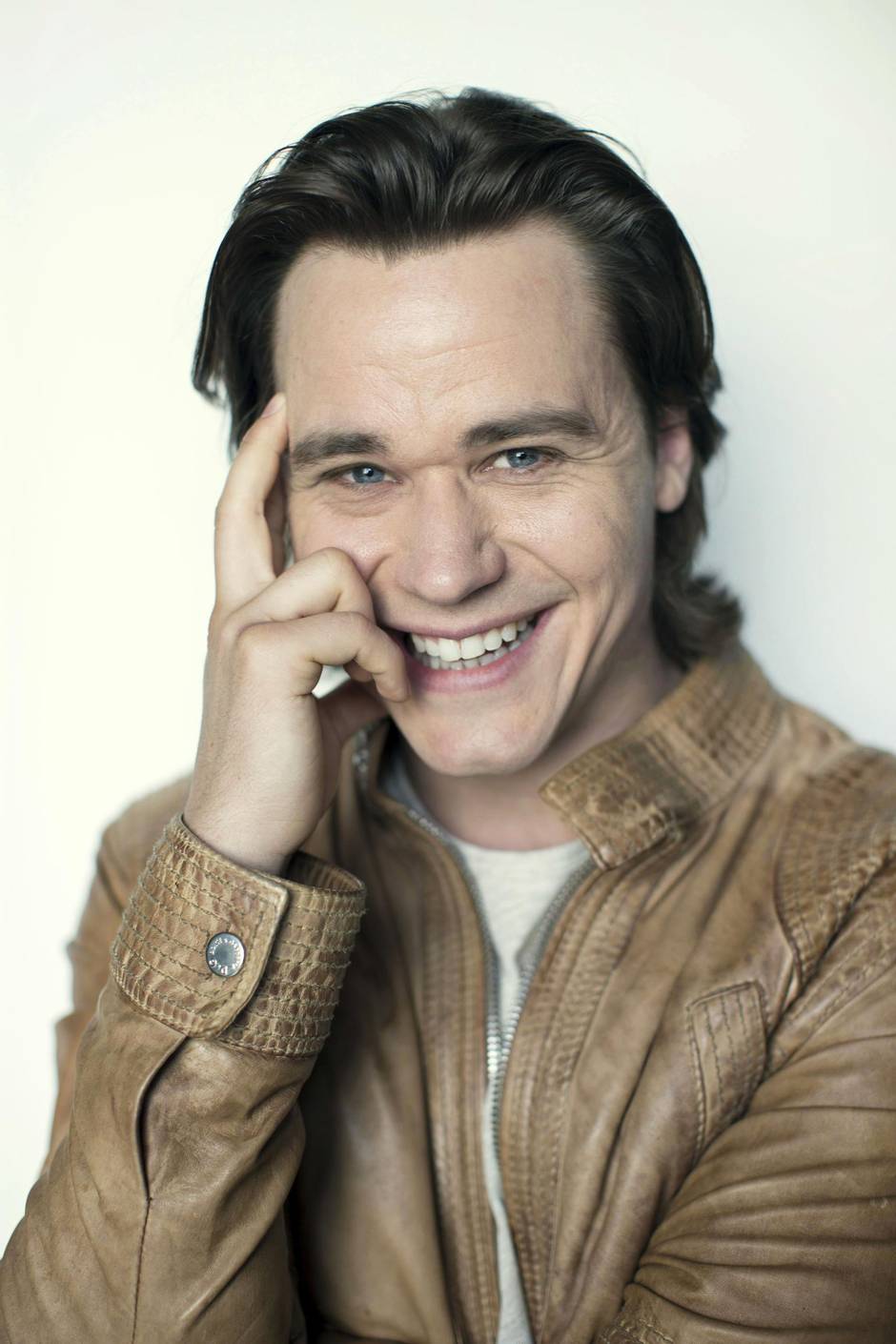 Which leads to the question: Will the Gen Y casting bring in a Gen Y audience? Stratford is a place where there is a large high-school audience (usually around 60,000 students a year) and a significant older one. But there can be a notable absence of audience for those no longer eligible for the under-30 Play On discounts.

Stratford feels it’s doing a fairly good job – while it doesn’t keep specific age-related statistics on the audience, the festival does know it retains about 22 per cent of those who purchase tickets through the Play On discount program compared to 30 per cent over all. “The audience is constantly churning and changing,” says publicity director Ann Swerdfager. “We are retaining people in the 30 and 40 age group at almost the same rate as the rest.”

Whether this new generation of actors will be retained as the festival’s stars as they move into that demographic will be seen – but the baton has definitely been passed. Shakespeare in Love’s Humphrey, now in his fourth season, starred in one of the festival’s big shows before – The Three Musketeers in 2013 – but in that he had established actors like Goad, Shara and Graham Abbey to look up to and rely on.

“I definitely feel their absence – and feel I have to pick up the ball and run with it,” he says. “I started off as Islander Number 3 [in The Tempest] – and now I’m playing Shakespeare. … You don’t realize how tall you’re getting, because you’re always looking yourself in the eye in the mirror.”