Given its title – Photographers: You're Being Replaced By Software – perhaps it's no surprise that Mark Meyer's recent essay, first published on his site Photo-Mark and then in a web journal called Petapixel, has caused a mild uproar.

What was most striking was not just his words but the image that illustrates them: a close-up photo of some nuts and bolts stacked up, lit with studio lighting – because the image isn't a photo, it's a computer graphic made by a program called Blender – free, open-source software.

It looks exactly like a photo, complete with areas in sharp and soft focus. And the writer claims that this software is easy to use and will soon threaten the livelihood of photographers who shoot still objects for a living (and there are a lot of them, as these images are required for all product advertising).

"For the first time in history," Meyer writes, "photography is about to lose control of its monopoly on affordable, convincing realism."

He has his detractors: Subsequent online commentary takes issue with the idea that Blender is easy to use – many say it is in fact insanely difficult and time-consuming – and points out that hiring skilled computer-graphics specialists would be just as expensive as hiring photographers with new digital cameras. Also, Meyer is focused on commercial photography of objects. Human beings are still much harder to make photo-like in computer-graphic images. He claims, though, that "soon, perfectly realistic renderings, even of people, will be cheap and quick."

I'm not sure this is true, but Meyer makes a convincing claim that if it were true, all the costs of a fashion shoot – hiring models and stylists and studios and lighting and transporting and lodging and feeding everyone – would disappear. The job of making photo-like luxury images could be outsourced to clever teenagers in Bangladesh.

If anything, the new accessibility of photography didn't reduce the number of people calling themselves photographers, it increased it. There are more business cards in the world than ever before that say "photographer," but those people get paid less than ever before. Right now, using 3-D computer-modelling programs is the province of the trained and geeky, just as photography once was, and it isn't difficult to imagine that the software will become simpler and more accessible as so many difficult things have, to the point at which we can all whip up a convincing iPhone-splashing-into-water "photo" for our Facebook profiles.

Meyer is a clever guy, though, and also acknowledges the thing that makes photography much more powerful than mere verisimilitude can: "It's time for us to understand that realism has never been the most important feature of the photograph." He argues that a photograph, blurred and grainy though it may be, evinces the presence of a person at a real event. When we are looking at photojournalism, especially war photography, part of the thrill is knowing that a witness was present at the scene.

This, incidentally, is why so much computer rendering is designed to mimic the imperfections of photography. A shallow depth of field, for example, or overly high contrast, can be eliminated with entirely rendered graphics. But we are used to the photo as the standard of perfect realism – our minds are trained to equate this particular style with truth. The narrow vision of the camera – not a more or less truthful one than that of the airbrush or the charcoal stick – is for some reason authoritative. So we give our computer images the exact flaws of photography.

Similarly, photorealist painting – the strange trend that hit its peak in the 1970s – never attempted to duplicate the eye's vision, only the images captured by a glass lens. The work of Chuck Close and Richard Estes is explicitly not lifelike, but photo-like; it is art about photography. To really see this demonstrated, put a Ralph Goings (photorealist) painting of a diner up against an Edward Hopper (realist) painting of a diner. Both are stylized representations but in completely different ways.

Perhaps some day photography will lose its authority as a representation of unfiltered reality, but it is still the artificial standard to which advertising imaging aspires. 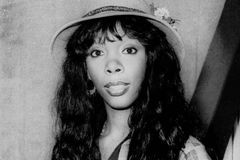 Reading boosts empathy, but sympathy for the devil too
May 16, 2012 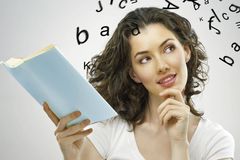 What my son has taught me about storytelling
May 9, 2012 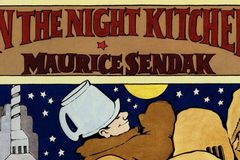