The debate continues in Britain over whether and how Scotland should seek independence. Scottish separatist leader Alex Salmond wants a referendum in late 2014 that would propose degrees of independence. British Prime Minister David Cameron says any question should be a straight yes or no on complete independence.

In The Scotsman last month, a former military man said a newly independent Scotland would need a proper defence force, without which it "could leave itself open to blackmail by a terror group, especially with regard to North Sea assets." In the same newspaper last October, Scottish Finance Secretary John Swinney said Scots "should be able to take our decisions without the financial blackmail of the U.K. government."

Ah yes, blackmail. As it happens, the language owes the word to the early Scots.

"Mail" is the Old English (and Scottish) word for rent or tax payment, from the Old Norse mal, which began life as speech or talk and later meant a contract or legal action. Tenant farmers would pay their rent in silver coins, known as white money.

In the 1500s, Highland freebooters began demanding that Lowland farmers pay them an additional fee for protection from other clans – or else. The coerced rent – Sir Walter Scott called it "a sort of protection money" in 1814 – became known as black money, or black rent. That is, blackmail.

The play on "white money" may have arisen because the rent was paid with black cattle, or because those who didn't pay up had their goods seized and sold on the black market, or just possibly because black was associated with villainy. By the early 1800s, blackmail described any payment coerced by threats.

As for freebooter – one who gets his booty free through the use of force – it comes from the Dutch vrijbuiter ( vrij, free, and buit, booty). The same Dutch phrase gave us filibuster, which in the 1800s described U.S. mercenaries who incited revolution in other countries, and by 1889 had gained the political sense of a person who obstructs the work of a legislature to achieve his ends.

But let's nip back to the Scottish referendum. In Britain's The Guardian on Jan. 18, Joan McAlpine said the Scottish Daily Record had criticized British Labour Leader Ed Miliband for supporting David Cameron on the referendum question. "The Record knows its readers," she wrote, "and [knows]that Ed Miliband's fulsome backing of Cameron would be incomprehensible and offensive to the man on the Sauchiehall Street bus."

The word fulsome is itself becoming incomprehensible. As a recent string of letters in The Globe and Mail indicated, people can't agree on what the term means.

When fulsome began life in the 1300s, it meant abundant. That meaning gave way by the 1600s to a sense of tasteless, cloying, offensive excess, which is the meaning most reference books assign to fulsome now. In the 1980s, William and Mary Morris asked about 100 word lovers, including author Isaac Asimov and journalist Charles Kuralt, whether they would accept fulsome in a flattering sense. Eighty-four per cent said no. Asimov called it "one of my favourite criteria of illiteracy."

But a great many people, doubtless because of the sound of the first syllable (full), happily continue to use fulsome in a positive sense as effusive or copious. Last November's issue of Uncut magazine described musician Ravi Shankar as "sporting a fulsome white growth around his chin."

The upshot is confusion. If someone receives fulsome praise, is she being heartily congratulated, insincerely buttered up or drowned in sickly syrup?

Garner's Modern American Usage says the word "might justifiably be treated as a skunked term," one that can't be relied upon to convey the intended meaning and is no longer of use. The Oxford Guide to Canadian English Usage reached the same conclusion: that the word "should probably be avoided."

Nobody has taken the advice. The fulsome use continues. 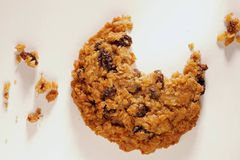 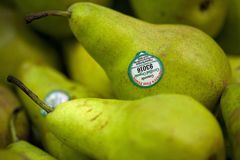