"Those girls must be crazy to think they're gonna beat me, honey boo-boo child!"

This is Alana, a charismatic six-year-old "beauty queen diva," laughing at her competition on Toddlers & Tiaras.

And while her episode does not air until Wednesday night, the tiny McIntyre, Ga., belle is already an Internet starlet.

The TLC show has been drawing heat since its inception in 2009, peaking last summer, when Maddy, a four-year-old, wore breasts and padding to look like Dolly Parton and when, a month later, a three-year-old named Paisley dressed as Julia Roberts in Pretty Woman – in the outfit she trolls in as a Hollywood hooker.

The six-minute Alana clip is everywhere online, drawing the usual outrage. The most common criticism of the show – on which the eponymous toddlers dress in full makeup, their hair coiffed and "jacked to Jesus" (teased to where the Good Lord may see it better, one stylist explains) and pose daringly – is that the show constitutes child abuse and pornography.

Is there any validity to the constant stream of criticism shadowing this popular show?

Yes and no. Abuse and pornography are very strong and meaningful terms that apply only in degrees here. The girls are comparable to made-up princesses or fairies and clearly playing dress-up. Yet once these images leave the pageant, so to speak, and become available online, they lose their context and are, effectively, unprotected.

Are these disgusting accusations true of Alana's mother?

Let's start with the child herself. She vacillates about being a queen. She is alternately wound-up and listless, calling herself both "bored" and "sad" on different occasions.

Then again, the secret "go-go juice" that her nightmarish mother concocts for her may explain the highs and lows. We are never told what is in the juice: Alana is made to sip from a green bottle in lieu of the "pageant crack," or Pixy Stix powder, the other girls use.

Mom is unperturbed by the controversial activity of ramping up one's child for a show. If it "works," she shrugs, "use it."

But it does not work. When Alana is on the juice, she is too high, too spinny. Left to her own devices, she is probably the greatest child performer in the world. In the moments she is on-screen, she is hilarious.

Grabbing and manipulating her belly after placing third as Daisy Duke, she says of the judges: "Look at this big thing. They don't know a good thing when they see it."

Here and elsewhere, she is a natural comedian and, better, an authentic drag queen, who understands the deeper, darker aspects of imposture; the complexity of actual self-love (Alana's view of her chubbiness as gorgeous is far healthier than average, and spectacularly showy.)

If you were her mother – imagine you are a plain, working-class woman and a "coupon queen" – wouldn't you feel blessed by this beautiful, gifted child?

Watching Alana's mother cheer for her – she stands up and bellows "WORK IT SMOOCHIE!" while rocking her pelvis – is poignant and harsh, at once. There are already several mocking YouTube videos of this cheering, which is disquieting in slow motion, given the violent intensity on the mother's face. But hating her for being a pushy stage mother is too easy.

She never should have mildly doped her child or directed her to act sexy. She is tacky and loud, but other emotions play across features nearly buried in her sad face: hope, pride, love.

When the mother and daughter speak, it is tenderly; and when Alana says, out of the blue, "I wanna make monnnn-ey! A dolla makes me holla!" her mother bursts out laughing, as so many of us have, watching this little reel.

We all know that child stars usually come to bad, if not tragic, ends.

But pageantry is a little different. Beauty queens do not expect to ply their trade for their whole life, and most of them stop when they are old enough to put aside the hairspray and tiaras as childish things.

On the last Toddlers & Tiaras episode of 2011, three-year-old Penny Lane just started screaming about how she'll never make it in this cut-throat circuit.

She would be crazy to think otherwise, honey boo-boo child. 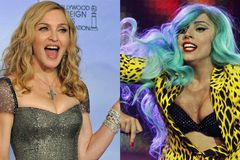 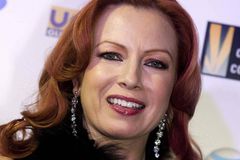 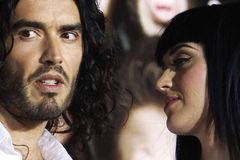 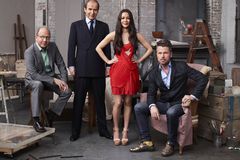 Why are we laughing at girls in the Twitter-verse?
December 19, 2011 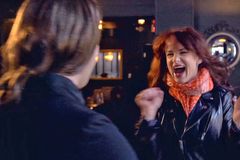