Oscar bait will be rolling into theatres. TV gets serious about drawing eyeballs. Davie Bowie takes over the Art Gallery of Ontario. Arcade Fire's new album. And, yes, it's doorstopper books season. 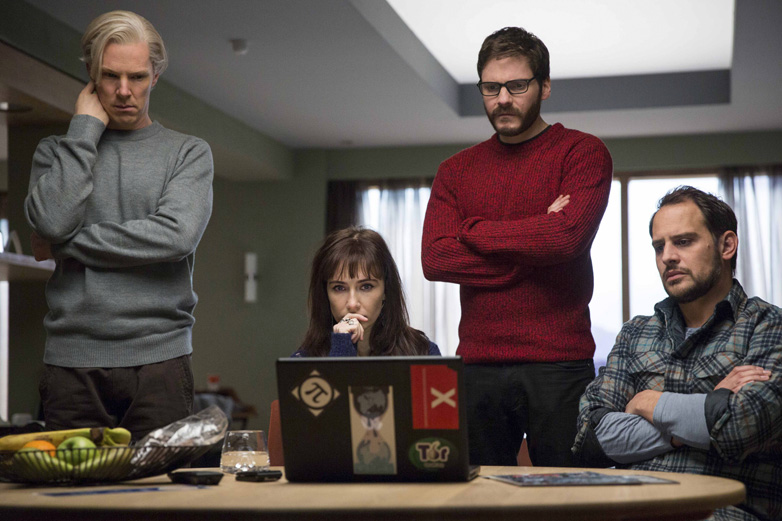 Between bookmark galas on Sept. 5 and Sept. 14, Toronto will once again play host to hundreds of film folk from around the world – and to gangs of celebrity gawkers. Although the festival started as a a way to honour local industry types, it’s evolved into one of the top three platforms for premiering top-notch cinema and has launched more than its fair share of Oscar fodder (see: Slumdog Millionaire and The King’s Speech).

Festival directors Piers Handling and Cameron Bailey have secured yet another impressive lineup for this year: a total of 366 films (288 features and 78 shorts) representing 70 countries. Some of these films are already generating considerable buzz. Among the standouts: August: Osage County, based on Tracy Letts’ Tony- and Pulitzer Prize-winning play, starring Meryl Streep and Julia Roberts; Steve McQueen’s 12 Years a Slave, with Benedict Cumberbatch and Michael Fassbender in starring roles; The Fifth Estate, TIFF’s opening night movie, helmed by Bill Condon and featuring Mr. Cumberbatch again, this time as Julian Assange; and finally, Under the Skin, in which Scarlett Johansson’s character belongs to an alien race that feeds on humans. Yeah, yeah, so that’s on screen.

What about flesh and blood celebrity power? If you’re in the city, watch for Sandra Bullock, Matthew McConaughey and James Franco on the red carpet or getting into trouble (we can hope) at a downtown watering hole.

Video: Which TIFF movies have the Globe's film critic excited?

2. Stardust in your eyes 0 likes

David Bowie is perhaps rock’s greatest chameleon. This was especially true during his 1970s/1980s heyday, when the former David Robert Jones would adopt, then discard, personae with dazzling, dizzying frequency – Ziggy Stardust, Aladdin Sane, the Thin White Duke among them. Each character change, of course, involved myriad costume ch-ch-ch-changes, the highlights of which will be among the 300-plus Bowie-themed objects displayed Sept. 25 through Nov. 27 at the Art Gallery of Ontario. Toronto is the only Canadian stop for “David Bowie is” which drew record crowds last spring upon its opening at London’s Victoria and Albert Museum. The AGO is striving mightily to bring Mr. Bowie to town – he reportedly made one appearance, after-hours, during the V&A run – but the prospect appears remote: at 66, Mr. Bowie’s preferred persona seems to be that of recluse, not showman.

Another figure conspicuous by his absence is Ai Weiwei, the famous Chinese dissident artist whose first-ever major international touring showcase, “According to What?,” is running concurrently with the Bowie exhibit at the AGO. Chinese authorities confiscated Mr. Ai’s passport in 2011, thereby making it impossible for him to attend the Toronto opening as he’d hoped. As with “David Bowie is”, the AGO is the only Canadian venue for the Ai show, its survey of a varied artistic practice spanning more than 30 years on view through Oct. 27.

David Bowie and the power of staying true to oneself

Stephen King, one of the most popular and successful writers of this or any era, is having a very good year: His summertime haunted-carnival confection, Joyland, has been a bestseller list stalwart, and Under the Dome, the television adaptation of his massive novel about a small Maine town trapped under a big glass dome, is a hit with critics and audiences. And if early reports are to be believed, he’s saving the best for last: Doctor Sleep, the eagerly-awaited sequel to one of his best books, 1977’s The Shining, hits stores on Sept. 24.

The novel catches up with Dan Torrance, the grown up version of young Danny, whose REDRUM fantasies terrified generations. Dan, now settled in New Hampshire after decades of psychological torment stemming from the horrors he witnessed at the Overlook Hotel, works at a nursing home caring for the dying. But he is pulled from his comfortable life to confront a group of sort-of-immortal people known as the True Knot, who travel the nation’s highways, as the book’s press materials put it, “living off the steam that children with the shining produce when they are slowly tortured to death.”

It sounds kind of silly when you put it like that. But so does a novel about a rabid dog, yet Cujo scared us all to death. If Stephen King’s earned anything after more than fifty books, it’s the benefit of the doubt.

Art Spiegelman has been a giant of graphic art since Maus was first published in 1986. That’s because, while it looked like a standard comic book, its subject matter was the Holocaust, specifically the experience of the author’s father during the war. The characters are animals who stand in for various aspects of the conflict: mice (Jews), cats (Nazis) and pigs (Poles). The work drew powerful responses. It won a Pulitzer Prize and, for a generation of artists, elevated the medium’s possibilities.

But if Maus is the work for which Mr. Spiegelman is best known (for many people, it’s probably the only work he’s known for), the now 65-year-old cartoonist has had a broad and prolific career beyond that – including his days as co-editor of the comic magazine Arcade, work for The New Yorker and the graphic novel In the Shadow of No Towers, about his reaction to Sept. 11.

To give him his due, the Vancouver Art Gallery hosted a retrospective earlier this year. Now, Montreal-based publisher Drawn and Quarterly is releasing a “comprehensive” book as well, which will show Mr. Spiegelman’s development as an artist and his influence on others. Co-Mix: A retrospective of Comics, Graphics, and Scraps is essential reading for fans of graphic novels and a much deserved tribute to a genre-defining artist.

Art Spiegelman retrospective: A look back on a career that’s been all about looking back

Though well known among indie-music fans, the Win Butler-led rockestra from Montreal raised mainstream eyebrows by winning album of the year honours at the 2011 Grammys Awards, for its grand LP Suburbs. “Never heard of them,” tweeted Rosie O’Donnell, speaking for any music fan ignorant of Arcade Fire’s artful big-rock euphoria. The actress knows of the group by now, and, like everyone else has waited to hear what comes next.

However, In these days of Internet music leaks, Arcade Fire is successfully mysterious, releasing only cryptic signals regarding the follow-up to The Suburbs. Apparently the new album will be released late in October, and the band has confirmed that something Arcade Fire-y will be happening on Sept. 9. It could be an announcement or a single or something to do with Butler’s basketball jones. We’ll find out when you and O’Donnell find out.

Can indie rock save musical theatre?