This year's Polaris Music Prize winners boast an unprintable name and a 300-pound frontman nicknamed Pink Eyes, "who closed Monday's gala by stripping down to his underwear and tying a belt tightly around his bald head."

Ladies and gentlemen, your winners of the fourth annual $20,000 Polaris Music Prize: Fucked Up.

"That is insane," said singer Damian Abraham as he jogged onstage to accept the award (he had put his clothes back on at this point, but after doling out a list of thank-yous, he stripped off his shirt to reveal his hairy back once more).

"So I was like: 'Aww, this is going to suck, being frisked so much and not coming away with anything. But then I got a free iPod, and I was like: 'Yeah!' But this is better than an iPod!"

The three previous winners of the Polaris, which is awarded by a jury of music journalists and is based on merit, not sales, were Toronto's Final Fantasy, Montreal's Patrick Watson and Caribou of Dundas, Ont. All were present for Monday's gala.

Some of the show's performers incorporated inspired stagecraft into their tunes. Toronto alt-country outfit Elliott Brood distributed baking sheets and wooden spoons to an audience who gamely pounded out a rhythm, while Patrick Watson, nominated for a second time, performed with five long lights extending from his backpack like a bouquet of roses.

Near the end of the show - which lasted well over three hours - a food fight broke out between Watson's band and Malajube.

While a beaming Abraham and his bandmates were relaxed and cracking jokes backstage after the show, he turned serious when asked how the band planned to spend the money.

"There were over 500 missing aboriginal women in Canada and we're going to put out a benefit record to try to draw attention to it and raise some money for these people," he said. "It's a marginalized group, it's a racialized crime, it's ignored. So we're putting out a benefit Christmas record with some really funny guests and we're gonna pay for it."

While Abraham and his bandmates seemed flabbergasted by the result, the band was pegged by many as a potential favourite for the award - including Calgary's Chad VanGaalen, who was shortlisted for the second time this year, for Soft Airplane.

"I just think ( The Chemistry of Common Life) is a rad record," he said prior to the gala.

Their album featured a groundbreaking mix of aggressive hardcore, shimmering pop and meticulous production craft. It received rave reviews and was featured in year-end lists in Spin Magazine, Pitchfork and the New York Times, which could only print the band's name as eight asterisks but said that their record approached the power of the Who's classic Who's Next.

But Abraham said Monday that that sort of critical adoration hadn't always necessarily extended north of the border.

"This, to me, is like the best moment, because for the longest time I really felt like we were outside the Canadian music scene," he said backstage after the gala.

"Well, if we're outside, we stole the biggest prize." 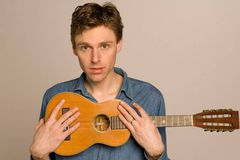