Soren Kierkegaard wrote that "life can only be understood backwards; but it must be lived forwards."

As Nirvana's Nevermind turned 20 on the weekend, and throughout the critical celebration, it was difficult to understand this seminal pop event as anything but terrible.

The understanding backward part is easy, with regard to Nirvana. Not so the moving forward. Because Nirvana exploded on impact. Listening to Nevermind for the first time, to its first exultant single ( Smells Like teen Spirit) was a rush of pure adrenalin, an event as big as genuine pop-nirvana.

This kind of excitement portends big changes, and the band's front-man, Kurt Cobain, did not disappoint.

Three years after the release of Nevermind, he mainlined a death-blow of heroin, scrawled out a ridiculous suicide note and, adding insult to outrage, blew his brains out.

This was not the sort of change we had in mind.

The record, from its cynical, submissive title, to its hideous cover art and explosive contents, seemed to signify the artistic underground's movement from margin to centre.

As a teenager, Cobain was desperate not to fit in: When he was misperceived and bullied for being gay, he was thrilled.

This desire – best and barbarically phrased by Patti Smith as "Outside of society, that's where I wanna be!"– characterize his youthful, disquieting attempts at art and collage and, more importantly, his aggressive attempts to discover and embody, in the small cannery town of Aberdeen, Washington, punk rock.

Was Cobain an outsider, looking for like-beings? Or did he see, in the art brut crowd so to speak, something to emulate?

His music, all that remains of him, responds to both questions. It is music that is wretched, plaintive; it is music that celebrates, with invisible KISS explosives, the joy of "stupid and contagious" rock music.

Although Cobain was living in his car when the record came out, it would go on to sell 26 million copies.

So what happens when the maverick joins the herd?

When Nirvana mainstreamed, Cobain tried to negotiate their mass popularity by asserting, at all times, his roots in, and allegiance to, the rebel army.

He wore a Daniel Johnston T-shirt to interviews, bringing fame to this exceptionally odd singer/songwriter; he publicized the Melvins, the Vaselines, and the Meat Puppets, in similar ways.

He became addicted to heroin, and married a brilliant, monstrous woman; he kept art-journals and made collages; he drove his old beater through Seattle to thrift stores and wrote love letters to Frances Farmer's spirit, to Charles Bukowski and William S. Burroughs.

And Cobain tried to kill himself, on a trip to Rome. "I Hate Myself and I Want To Die," he proposed calling Nirvana's follow-up record.

He tried to sing Rape Me, at the MTV awards in 1993. He made David Bowie's name, all over again, by covering The Man Who Sold the World.He did press for Nevermind in a yellow, puffy gown with a matching head-piece: He looks defiant and pathetic, a puzzle about fame and authenticity that he cannot solve.

Listening to Nevermind now is still thrilling, for its virtuosity, its unshakable aura of raw beginnings.

But the songs, viewed through the pale blue, abject eyes of the singer - now the very image of a terrible angel - are so sad, so gutted of hope, one wonders what was beginning 20 years ago.It seemed then that categories like alternative rock were becoming meaningless; that music, art and fringe culture had run riot into the centre. And cool was finally smack in the middle of the road.

Cobain seemed to think so, but this was bad news to him: He wrote anguished liner notes to fans he saw as the same kind of thugs who beat him up years before.

In the film About a Son, Cobain calls the outcasts he considered aligning himself in high school with not so much cool as "just deformed."

As it would turn out, the cool people he admired would either revile him for his commercial music, or outright dismiss him: In the last year of his life, Nirvana's cachet was already disappearing and he was taking quiet notice.

As hard as he tried, Cobain could never be cool. Meaning, someone lacking both affect and empathy, someone who values style above everything, whose substance is toxic squid ink.

Cobain was deformed. In constant pain, he was more John Keats than James Dean. In the throes of a vast depression and addiction, he could only view himself, as he sings and sings again, on one of the most perfect records ever made, as "something in the way."

Comedy roasts are barbaric - even if the target is Charlie Sheen
September 20, 2011
Madonna and the meaning of her deflower power
September 13, 2011 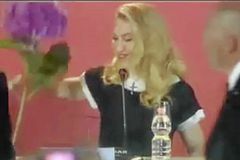 Some images are scandalous. Others are just plain wrong
September 6, 2011 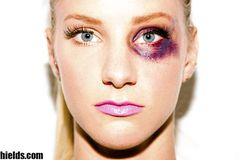