To recap, the Oxford (or serial) comma is the comma that precedes the concluding "and" or "or" in a list of more than two elements: apples, peaches, and pears. Many people use the comma all the time to avoid any chance of ambiguity. In The Globe and Mail's impromptu online poll this week, 65 per cent of respondents (5,491 votes) said they used the Oxford comma, 24 per cent said they didn't, and 11 per cent said they didn't care.

A few readers referred to the catchy 2008 song Oxford Comma by the pop group Vampire Weekend. The opening line, which I have taken the liberty of bowdlerizing, is: "Who gives a [hoot]about an Oxford comma?" But the target was less the comma itself than it was people with pretensions, "all your diction dripping with disdain." I couldn't help noticing that the CD's liner notes made liberal use of the Oxford comma: "The Dirty Projectors, Ra Ra Riot, Yacht, Sam Rosen, and Nat Baldwin." Someone clearly gave a hoot.

Since the Oxford comma derived its name from a rule issued in 1893 at the University Press in Oxford, one might assume that the British are particularly keen on it. Lynne Truss says otherwise in Eats, Shoots & Leaves, her bestseller about punctuation. "In Britain, where standard usage is to leave it out, there are those who put it in - including, interestingly, Fowler's Modern English Usage. In America, conversely, where standard usage is to leave it in, there are those who make a point of removing it (especially journalists)."

Truss says she uses the Oxford comma sparingly, but when she feels like using it she fights for it. When her editor sought to remove the serial comma from a statement that punctuation marks "tell us to slow down, notice this, take a detour, and stop," Truss "argued for that Oxford comma. It seemed to me that without the comma after 'detour,' this was a list of three instructions (the last a double one), not four."

This is the whimsical treatment that drives proponents of the Oxford comma wild. Be consistent, they say. An online comment this week on The Globe's website from "Recti" said: "Yes, it [the serial comma]sometimes impedes easy reading where the meaning of a list is understood from context and the comma is optional for understanding. However, literate people often get over that uneasy feeling and are comfortable with the certainties afforded by the serial comma."

Truss's book finesses the argument by using an ampersand in its title: Eats, Shoots & Leaves. But the motive has nothing to do with preventing a dust-up and everything to do with the joke from which the title was drawn. That's why a panda is seen on the cover erasing the comma after "eats"; the punchline depends upon ambiguity. In the joke, a panda with a gun in a bar eats, shoots (someone) and leaves. When the bartender consults the dictionary, he reads: "Panda. Native to China. Eats shoots and leaves."

Readers' responses were similarly full of puns. "I can't stand these leftist Oxford commanists!" wrote online contributor "Skinny Dipper." Bob McGowan winced at last week's reference to "the comma before the storm." He wrote: "Surely this is a misprint. Please confirm that it is. For you to say that you must have been in a comma when you wrote it is not an acceptable answer."

All I can say is that, when asked how I feel about my inconsistent usage, I reply, "Comma ci, comma ça."

The case for and against the Oxford comma
July 8, 2011 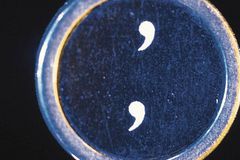 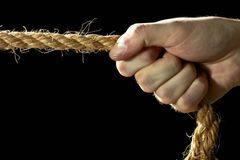 Political terms: Splashing in the slush of the pork barrel
June 24, 2011 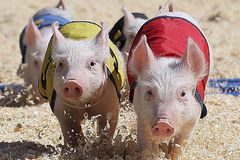