One of television's best comic miniseries is now out on Blu-ray. That Slings & Arrows (2003-06) is Canadian, and that it stars a panoply of great Canadian actors, is a bonus for those who like remembering how rich the pool of performers is in this country. You can't wander far in this three-season set, directed by Peter Wellington, without tripping over a star familiar from theatre, television or Canada's off-and-on English-language film industry: Paul Gross, Martha Burns, Stephen Ouimette, William Hutt, Mark McKinney, Don McKellar, Geraint Wyn Davies, Sarah Polley; the list goes on.

The show centres on a Shakespearean festival so clearly modelled on Stratford that an early (and rejected) title for the series was St. Ratford. But as Gross observes in a bonus interview, Stratford is useful more as a setting than as a target. Most of the satirical jibes about weak middle managers, uncontrollable employees and the conflict between principle and pragmatism could easily translate to other workplaces. It's just that the outsized world of actors and directors lends itself especially well to the dramatic expression of petty grievances and personnel problems. These are people accustomed to emoting.

In the first hour-long episode, the artistic director of the New Burbage Festival (Ouimette) gets drunk after a bog-standard production of A Midsummer Night's Dream and falls asleep on the street, where he is promptly run over by a large truck bearing the theatre-allusive words "Canada's Best Hams." No matter. He returns as a ghost to haunt and advise director Geoffrey Tennant (Gross), with whom he had fallen out years ago after a tussle over Ellen Fanshaw (Burns), an actress given to workplace tantrums and such passive-aggressive utterances as, "Sorry, everyone. Sorry for caring."

Then there's the festival's insecure business manager, played by Mark McKinney, whose missteps in the second season include approving a promotional rebranding that paints New Burbage's customers as clueless and doddering. McKinney co-wrote the series with Bob Martin (co-creator of The Drowsy Chaperone) and Susan Coyne (who also acts in this). They share a commentary on the first episode, and explain that Rachel McAdams, who plays a bit actress in the first season, would have been a major part of the other two seasons if she hadn't suddenly become famous and unavailable after the release of The Notebook.

But then, the trajectory of the series was something of a fluke in any case. The writers envisioned it as a six-episode miniseries. Only when asked whether they had a sequel in mind did they declare, thinking on their feet, that they saw Slings & Arrows as a trilogy. The first season revolves around Hamlet, the second around Macbeth and the third around King Lear and a musical. It's a fully realized world of toil, petty jealousies, bed-hopping, power politics and witty opening and closing songs by Drowsy Chaperone co-creators Lisa Lambert and Greg Morrison (with an assist from Martin).

All together now: "Chin up, Hamlet/ Buck up, you melancholy Dane." If you forget the words, they're printed in the bonus features. 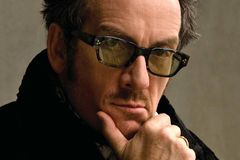