The problem with all those whiny artsy types is that they rely on government hand-outs; they should be more entrepreneurial and look to the private sector for support.

If you are a whiny artsy type – or an uncomplaining one for that matter – or indeed any kind of arts worker or arts lover, you will have heard that suggestion many, many times. In Canada, it dates back to the 1980s, so clearly it isn't the easiest idea to actually implement. New research commissioned by Business for the Arts, which surveyed both Canadians and Canadian businesses on their attitudes, identifies possible ways to get more private-sector support for arts groups – but it also exposes some of the myths about how easily government grants might be replaced by corporate dollars.

Business for the Arts, an association of businesses that support the arts, felt the sector needed some harder evidence of the benefits so, for its 40th anniversary, it is commissioning ongoing research on the topic. The first results have just been released and show remarkably high levels of engagement in the arts: More than half of all Canadians listen to music daily, read fiction several times a month or more and have visited a museum or art gallery in the last year. The numbers who go to concerts and plays are smaller, but when asked what kind of event they like to attend outside the home, 34 per cent of Canadians chose the arts while 29 per cent chose sports.

That last stat contains a big message for business sponsors who sometimes prefer to lend their names to sporting events because they judge them to be more popular – and more populist. Business for the Arts president Nichole Anderson says those numbers give arts groups ammunition to bust the elitism myth.

Of course, that was the myth that lost Prime Minister Stephen Harper his chance at a majority government in the 2008 election, following remarks about ordinary Canadians not appreciating hoity-toity arts galas, which played particularly badly in Quebec. You'd have thought after that little episode there wasn't a Canadian business leader or politician left still operating under the delusion that Canadians think of the arts as rarefied, but apparently there is still work to be done. The Business for the Arts study is a reminder how many ordinary Canadians are involved in music lessons and art projects: 83 per cent of parents believe engagement in the arts is important to children's development.

Whether that's the motivation, Canadian corporations are doing just that – contributions are up 49 per cent since 2008. But the study's survey of small and medium businesses also found an untapped source of support: 57 per cent said they had not given to the arts because they had never been asked. Anderson sees potential for a match up between smaller arts groups, who often have more difficulty getting corporate support, and the small and medium-sized companies that account for the majority of Canadian businesses.

Public grants have also risen since 2008, but much more slowly – 15 per cent – while the number of arts groups seeking support has exploded, leading to a drop in the average amount of support each group gets. That, by the way, is creating a nasty generational divide in the arts as newcomers fight incumbents for grants. Can the starving young artists just turn to the private sector instead?

It isn't that easy: The small and medium-sized businesses surveyed reveal they are remarkably unconcerned about what government money arts groups might be getting. Asked if they knew grants were going to be cut what would happen to their sponsorship, 90 per cent said they would maintain the same level. Only four per cent said this might encourage them to give more.

Would big business step up to the plate if it knew grants were being cut? Business for the Arts won't have those answers for another week or two, but don't necessarily expect that the corporate sector will have some sense of responsibility to make up the difference. On the contrary, business might gradually back out of areas if the government isn't there: Anderson points out that Business for the Arts members always like to see that an arts council has funded a group they are considering for sponsorship because it reassures them the group is recognized in its field.

There are lots of good reasons for business to keep increasing its sponsorship of the arts but private philanthropy is not going to replace public money any time soon. 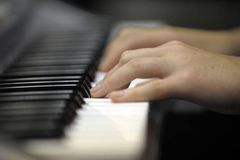 Campaign seeks to prove how much Torontonians value the arts
July 17, 2014 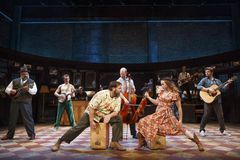