The leaders of Toronto's largest cultural institutions have a vision of a new mayor – and their dream candidate doesn't look much like Rob Ford.

The heads of eight big performing-arts companies and museums in the city have banded together to issue a manifesto calling for a visionary leader who will help build a creative economy and livable neighbourhoods, and who will champion investments in transit, social services and the cultural sector.

In their statement, shared with The Globe and Mail before its publication on their various websites, they call for a mayor who "embodies the values of respect, sensitivity and inclusion," and who can offer a clearly articulated vision for the city, an ability to build consensus inside and outside city council and "a deep passion and love" for Toronto.

That sounds like an endorsement of anyone but Ford; however, the leaders say they are not taking sides, and stress they cannot, as leaders of non-profit institutions, endorse any individual candidate.

Although the statement might be read as an oblique critique of Ford's leadership, the group says it wants to encourage concrete discussion of civic issues prior to next fall's election and beyond, not to rehash the riotous term of the scandal-plagued mayor who was set to return to his re-election campaign Monday after two months in rehab.

"It is meant to inspire all the many highly qualified candidates who are running," said Roberta Smith, interim CEO of the Toronto Symphony Orchestra.

The group meets regularly to discuss mutual issues, such as reaching diverse audiences or working with city hall, and sees Toronto as a city poised to become a civic superstar – if it makes the right decisions.

On that score, the statement goes far beyond the parameters of culture, touching on transit, neighbourhood planning and social services, but the leaders are unconcerned they might be seen to be overstepping their arts briefs. "We are an important part of the city and an increasingly important sector. We aren't meddling; we are showing we are concerned citizens," TIFF's Handling said. "We love the city and feel a sense of responsibility."

The group explains that the issues they raise directly affect their organizations: "It's not ivory tower," said Neef of the COC. "Transport is only the most obvious: If people can't get here, how can we have an impact?"

The state of transit is a major headache for the group; the performing-arts institutions regularly have to hold the curtain because their audiences are running late due to traffic congestion or public-transit delays. A bit more abstractly, the group cares deeply about Toronto's ability to integrate new immigrants into civic life because the arts organizations are working on the parallel challenge of reaching more diverse audiences. Funding for the arts, meanwhile, is an issue of accessibility and social equity – larger puàblic grants mean lower ticket prices and less elite audiences.

"People feel the city is on the verge of breaking out, becoming an important destination, but certain things are holding us back," Handling said, adding that when he travels to capitals such as London or Paris on TIFF business he is always struck by how easily he can get around without ever using a private car. "None of us claim to be experts on these issues, but for a new mayor they should be paramount."

The group stresses that the statement is not a plea for more money for their institutions, noting that the current Toronto City Council is convinced of the importance of the arts, and has already set itself the goal of increasing direct arts funding from the current level (just under $19 per citizen) to $25 by 2017. (Even then, the city will still lag well behind Montreal, Vancouver, Calgary and Ottawa.)

In their statement, they say they want a Toronto that is ambitious, creative, accessible, forward-thinking, responsive, collaborative and imaginative.

They say the city needs a mayor who has a strategic vision, consensus-building leadership skills and a passion for Toronto; who embodies inclusiveness in all interactions; and who balances the budget.

They also identify five things Toronto needs in order to thrive: a creative and innovative economy, healthy and productive citizens, a vibrant cultural sector, affordable and accessible transportation, and beautiful and connected neighbourhoods and green spaces.

How do the leaders hope the manifesto will be received?

But most of all they want to hear the candidates get specific about the issues – and they hope voters will encourage that by asking tough questions.

Do they expect they can engage Ford in a debate about culture and community? "If the current mayor in his desire to be re-elected addresses this, we are pleased that this document might have helped direct some of the conversation," the AGO's Teitelbaum said.

And if Ford comes back from scandal to win?

Said Neef: "We are publicly funded organizations. It's a principle that we will work with any elected official."

READ THE FULL STATEMENT BELOW

As Torontonians prepare to choose a mayor for our city's future, we must be bold in our expectations and courageous in our hopes. Toronto is a vibrant and diverse city, with much to offer our citizens and our visitors. We have built an enviable international reputation thanks to our people, our businesses and our cultural, sports and social institutions and services. We must now ask ourselves what we collectively want for our city's future.

Culture is an essential pillar that contributes to the livability, economic vitality and social cohesion of any community. Successive city councils have recognized this and provided the foundation for a strong and timely investment in arts and culture in 2013 and 2014. Toronto City Council's leadership and support of the culture sector has enabled it to flourish and grow and our organizations in particular are grateful to all councillors for this important step forward. There is great momentum and energy in the community and it is important that it continues to be nurtured.

Now more than ever we must build upon what we have achieved together. A strong and vibrant Toronto requires leadership and vision from our mayor and councillors and a clear plan to tackle the issues we are facing.

In four years, we want Toronto's global story to include words like ambitious, creative, accessible, forward-thinking, responsive, collaborative and imaginative. We believe that it is possible. Indeed, it is required if we are to create a truly great 21st-century city.

What we need from Toronto's mayor:

Strategic vision: Toronto's mayor has a clear, long-term vision for our city that builds upon our strengths, capitalizes on our people and recognizes where we need to go in order to grow our economy, bolster our international reputation and improve the quality of life for all of our citizens.

Leadership: Toronto's mayor is a team builder who can reach out to and work with colleagues at city council, stakeholders across multiple sectors and political colleagues across the country to build consensus and take action to deliver a plan that reflects a strategic vision for our city. Toronto needs to engage and utilize all of its creative resources.

Passion: Toronto's mayor has a deep passion and love for our city.

Inclusiveness: Toronto's mayor embodies the values of respect, sensitivity and inclusion in every interaction, resulting in productive, civil and collaborative discussion and decision-making. We believe these values form a strong foundation for healthy communities and cities.

What Toronto needs to thrive:

A creative, innovative economy: Toronto needs a plan to attract businesses that will create well-paying jobs, value their employees and believe in contributing to the health and well-being of our city. Our mayor will need to lead the development and implementation of this plan.

Healthy and productive citizens: Toronto needs to invest wisely in supports and services to ensure that all of our citizens have an equal opportunity to succeed and contribute to our city. Local community and arts centres, sports programs and facilities, daycare centres and health-care organizations all require stable and adequate funding and enhanced community support to properly serve their clients. Our mayor will need to champion these investments.

A strong and vibrant cultural sector: Toronto needs to invest in the arts; a strong cultural sector drives tourism, attracts employees and encourages creativity. The arts encourage people to take risks, engage with others and view the world in new and imaginative ways. It is an education/innovation agenda that will make the next generation stronger. Our mayor will need to understand the value of arts and culture.

Affordable and accessible transportation: Toronto needs a long-term strategy for transit, roads and bicycle lanes to ensure that our citizens can get to their jobs, schools, social activities and home to their families safely and quickly. It's an issue of both productivity and quality of life. Our mayor will need to have a clear vision for transportation.

Beautiful and connected spaces: Toronto needs to establish the highest possible standards to achieve a well-planned mix of built neighbourhoods and green spaces that will serve our citizens and be welcoming to our visitors. Our mayor will need to advocate for a livable city.

Together we can build a city that achieves its great potential. We call upon our next mayor and council to demonstrate the courage and leadership our city will need as it faces the opportunities and challenges ahead. 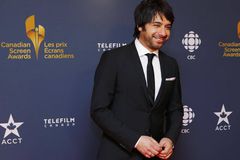 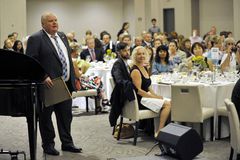