I have a recurring argument with creative young people. I have it at public events such as panel discussions, and in my own house. It is about getting paid for ideas. Our arguments reflect a fundamental generational difference of attitude.

I am not alone in debating this issue to death. With the recent arrival in Canada of The Huffington Post, that unapologetic exploiter of eager, clever people, the Web forums are full of articulate disagreement. The Huffington Post does not pay its writers, and is being sued in the United States by a bunch of former contributors who are keenly aware that the online magazine was recently sold to AOL for $315-million. I belong to a newsgroup of Toronto freelance editors and writers, and its pages have been back and forth for most of the past year on the vexing modern questions: What is the difference between canny self-promotion and slave labour? What exactly is a "brand" – and how is it helpful if all it ever produces is more "brand?"

The two sides are neatly divided by generation. Older writers, who have made a living from selling journalism, ghostwriting and corporate writing and who see their writing as a product with a quantifiable monetary value, are horrified that anyone would collaborate with the HuffPo, the Mordor of magazines. It's not a start-up run by ambitious recent graduates, not an environmental or human-rights project, not a good cause of any kind, but the cash-cow possession of a giant media conglomerate. There is no question that the HuffPo can afford to pay, and pay well. You'd think it would be an easy target for a concerted boycott by Canadian writers.

But a recent graduate would say: It's great for my career to publish (which is exactly what HuffPo says). I can publish an opinion piece, basically a blog entry, say anything I want, not be subject to rigorous editing or have to do any difficult research, and then I have something to my name. I'm building my brand. This will be good for me when I send my completed book of essays to an e-publisher, or when I go to investors to look for money to start my own online magazine (that I will then sell to AOL for a zillion jillion dollars).

And hey, he or she would say, it's easy for you old guys to be so snooty. You had it easy. You grew up in a time when there were so few outlets for your work, they were all profitable. You published books when people bought books, and your publishers did your marketing for you. How are we supposed to get our voices known in an infinitely wider and more crowded room unless we speak loudly and often? We can't afford to wait to be paid for it.

There now exists an entire generation of intelligent people who have grown up without any expectation of compensation for imaginative work. Ever since they were teenagers, they had clever thoughts, they posted them online, people reacted immediately. They take a photo, they upload it right away; they don't even try to sell it. Somehow, they know, money will come in from another source. They can get famous fast this way, and it's gratifying to have a huge audience.

Furthermore, they can write about, or film, whatever they want, and that's very attractive. They never have to prove themselves by chasing down police radio calls on the night shift, or by writing a dozen numbing profiles on local hair-salon owners. They can go right into wise observations on Iraq and gender roles.

We old farts did that tiring reporting/interviewing stuff for years before we were allowed to write our opinions on things. I still don't even aspire to this ideal of not being edited; not being edited doesn't seem like a benefit to me. I still have a deep-rooted (and unjustified) instinct telling me that something published has value only if it has been commissioned by someone else.

I am biased in this debate: I don't care so much about the young people's careers, I care about mine, and if they don't play along in the work-for-pay convention, then all of our incomes are undercut. This is why other trades have unions. But creators are not very good at solidarity. 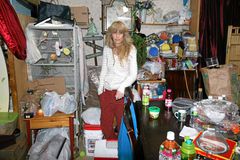 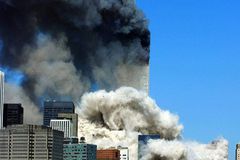 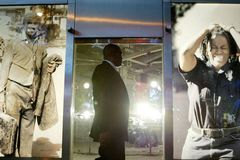