I don't like Pablo Picasso much. His work, not the guy – I don't care if he was a nice guy or a mean guy. I'm still going to go – enthusiastically – to see the comprehensive Picasso show at the Art Gallery of Ontario, made up of pieces on loan from the Picasso Museum in Paris. I like history. I understand how breathtakingly original he was, I understand how innovative and influential, and yet ... meh. I don't get any aesthetic frisson looking at his paintings and sculptures. They impress me intellectually, but they don't move me emotionally.

Perhaps you feel the same? But you are afraid to tell your art-loving friends? I know the feeling. Imagine what it's like to be an arts commentator, someone who is supposed to explain why exactly we should like Picasso, and to say that you are unmoved by the guy often claimed to be single-handedly responsible for the 20th century. It's like saying you don't honour Newton's law of gravity – people will think you would prefer to live in a universe in which the sun revolves around the Earth.

Perhaps, if you also share my blasé reaction to the doodled faces and stick figures of Picasso's later work, you have always felt that you weren't entitled to not like Picasso, because you simply didn't get it? You feel that maybe if you could just read an article, or a short text on the wall in the museum, explaining what you are supposed to be impressed by, you would be able to adore it?

Well, I'm here to tell you that I have read a great deal, have seen a great deal of art from this period and can give you a pretty good beginner-level lecture on exactly why Picasso is the great hero of 20th-century art. And I don't like his work. Nobody has to like it.

It's not that I actively dislike it; there's no emotion involved.

That's the problem. Particularly with the most influential, the most world-changing paintings he did. Les Demoiselles d'Avignon, often called the world's first Cubist painting, I find flat and curiously unsexy (the kind of statement that will get my membership in the critics' club revoked). Even Guernica: The technique is cool, but I find it lacking in the visceral horror that it purported to portray (another statement forbidden not only by critics, but also by leftists and the socially conscious; to not like Guernica is like siding with Franco).

And even though Picasso was one of the founders of Cubism, I prefer all the other Cubists. I find him to be an unslick and undynamic Cubist. I went eagerly to the Picasso Museum in Paris when I was studying early French modernism – I so wanted to love it – and I found I was more interested in the beautiful palace that housed the works than in the canvases themselves.

But I also know it's not just his artistic influence that makes him the subject of blockbuster museum shows. It's also the mystery of money. Art by Picasso is probably the most valuable in the world, rivalled only by a few impressionists and the Mona Lisa. So, of course, his value as an innovator and his value as a product have been conflated.

We have the feeling – and I don't know exactly where it comes from, it comes from everywhere – that the paying of vast sums of money for a piece of art gives it another kind of value, another kind of holiness. We are aware, when looking at these heavily guarded pieces, particularly in the flesh, that we are in the presence of millions of dollars worth of insurance. That provokes a different kind of awe. But you don't have to like it for that reason, either. (In fact you really shouldn't.)

And maybe you're interested in Picasso the guy, what a jerk he was, what a womanizer. All that fun gossip tends to come up more and more in any media discussion of important artists. Our subjective reactions to the images they made, not so much. Why? Because we can easily argue over whether Picasso was a bad man without having much feeling for painting. It's easier to talk about biography or about markets than to give an interpretation of a cryptic drawing.

And furthermore, so many people, like me, have no powerful reaction to the paintings. The paintings on their own are just not as exciting as the story behind them.

The Picasso show in Toronto is the best kind of show: It has no "didactic panels" – explanatory texts to tell you what you should be seeing in the pictures. All those things do is perpetuate the idea that visual art is some kind of riddle with an explanation, an inarticulate substitute for language. But drawings are meant to be mute. Your own eyes are all you need: If you look closely and at length, and let yourself relax and let your mind wander through an image, you can trust your own reaction. 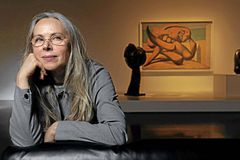 Packages to stay in Toronto, see Picasso show
May 1, 2012 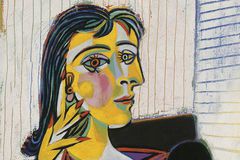 A gallery of Picasso works coming to the AGO
Gallery
April 24, 2012 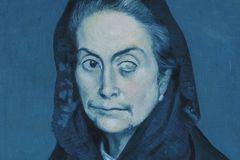 Twins specialize in Indian miniatures with a modern twist
May 16, 2012 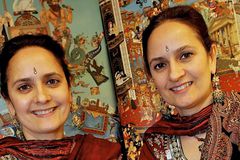