As Minister of Canadian Heritage Mélanie Joly prepares the culture file for its digital future, some observers wonder if a splashy new Crown corporation will be her legacy.

Speculation that the Liberals are planning a super-agency that would bring together film, television, new media and publishing under one roof roared into life last week when the country's leading filmmakers released a letter to Joly and Prime Minister Justin Trudeau arguing that a merger of Telefilm Canada with the Canada Media Fund would be a big mistake. Perhaps alarmed bureaucrats at Telefilm are already warning their clients in the film industry to get lobbying if they want to keep their dedicated funding agency. At any rate, rumours are flying in the Canadian movie business that Telefilm is toast.

The filmmakers, a well-funded A-list that included David Cronenberg, Xavier Dolan, Atom Egoyan, Paul Gross, Guy Maddin, Deepa Mehta, Sarah Polley and Denis Villeneuve, argued that Telefilm and the CMF are a bad fit. They praised Telefilm as efficiently administered and culturally motivated, a well-run federal agency that uses tax dollars to advance a strong artistic agenda. The CMF, on the other hand, is a public-private hybrid: It uses a mix of tax dollars and levies raised on cable and satellite revenues to fund both television and new media; its board of directors comes from the broadcasting industry and the decisions are more commercially minded. Maybe not chalk and cheese, but certainly not two peas in a pod.

The filmmakers do have a point. But on the other hand, you could argue that however well Telefilm is run, there would be some savings to be had from merging it with the CMF, for which it already, by the way, provides administrative services. And maybe if they were grouped with television and new-media programming, the movies would finally get better access to funding and distribution from broadcasters, always the missing link in the Canadian film industry. More importantly, if Canadian cultural policies are to be, in the jargon of media executives, "platform agnostic," are the old distinctions between a movie and a television show or a Web series not becoming obsolete anyway?

The truth is that a debate about a super-agency is not really a debate about what is good – or not good – for Canadian cinema. The fate of Telefilm is a red herring here; what is actually going on is a struggle to decide how funding for television and new media can be secured.

A spokesperson for Joly told The Globe and Mail last week that any speculation about decisions coming out of the current cultural-policy review was premature, but the plan that the filmmakers think the minister is considering is one suggested to the government by Rogers Communications Inc. last November.

It is based on a cultural policy paper by Richard Stursberg, a former CBC executive and Telefilm chief executive officer, and it suggests throwing all audio-visual and news-media industries into the same pot and funding them solely through tax credits. The idea is that the government should make little distinction about what form Canadian content takes, whether it's a video game, a TV newscast, a film or a newspaper article; it should just agree to fund it on a first-come, first-served basis until the budgeted amount of tax-credit dollars are used up.

The idea has a certain lovely simplicity to it and is a clever way of feeding some much-needed funding to journalism without compromising its independence. On the other hand, it makes no room for quality control or artistic agendas, no place to determine that documentaries are more important than lifestyle shows nor to specifically reward established filmmakers with investments for their next projects. Stursberg, well-known for the populist agenda he pursued at both Telefilm and the CBC, has often argued that Canadian audiences can decide for themselves what content public funds should be supporting.

The plan is also very convenient for Rogers, because it sets up a funding scheme solely dependent on tax credits. What will happen to the levies that cable and satellite companies currently pay to the CMF? Right now, the CMF still has a healthy budget that includes more than $200-million in annual contributions from such distributors as Rogers, Bell, Videotron and Shaw – but those contributions fell almost 10 per cent in 2015-16. As viewing moves online, the CMF's resources are going to dwindle and of course Rogers is not recommending that the government move those levies over to the Internet side of the company's business.

Is Joly willing to risk political capital on a fight to place levies on ISPs, or to address the parallel questions of how to bring Netflix into the system or whether broadcasters can be held to Canadian-content regulations not imposed online? A simple plan to put Telefilm, the CMF and some support programs for Canadian publishing into the same office might look like action while providing political cover for not addressing those questions at all. A real super-agency might not only answer them but also provide a dynamic and adaptable support system for Canadian content. Or it might just fund a lot of junk. The devil, as they say, is in the details.

Film directors fear Telefilm to be merged with Canada Media Fund
April 20, 2017
TIFF has made strides on gender equity, but there’s more work to do
September 2, 2016 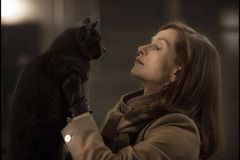 Why Goin’ Down the Road is the North Star for Canadian filmmakers
April 20, 2017
Follow Kate Taylor on Twitter @thatkatetaylor
Report an error Editorial code of conduct
Due to technical reasons, we have temporarily removed commenting from our articles. We hope to have this fixed soon. Thank you for your patience. If you are looking to give feedback on our new site, please send it along to feedback@globeandmail.com. If you want to write a letter to the editor, please forward to letters@globeandmail.com.
Comments