In a tight, merciless close-up, Carrey tells Stone she is "all the way beautiful" and that he would marry her if she were "age appropriate." Which she is not, he concedes, ruefully.

Carrey posted a link to the video and his website on his Twitter site last Monday. The next day, he tweeted that the video is a "comedy routine," and "the funniest part is everything I said is true."

The same day, his website ( jimcarreytrulife.com) crashed from the traffic, and since then, he has been the object of ridicule and parody. He placidly observed on Saturday that "Comics r getting lots of attn imitating [the]video." He is referring to Kathy Griffin, who posted a love video for Justin Bieber, but she is just one of very many contemplating this meme.

Referred to as "creepy" by virtually all commentators, the video is precisely that. If it is a joke, it fails, because it is not funny.

That Stone, still a comparative Hollywood newcomer, did not publicly respond makes the message all the more hideous. Her silence made him look as foolish as he did playing Lloyd, the moronic worm-farmer in Dumb and Dumber, waiting futilely for a date with Lauren Holly's repulsed Mary.

What possessed Carrey to make this video?

Is it a sly teaser for a film starring him and Stone? Experimental comedy? A brave, self-effacing declaration of genuine ardour?

Carrey just calls it a true joke, the dominant theme of the autobiographical videos on his candid website, which show him, among other things, having elbow surgery, swimming, radiating "pure love" and punching himself in the throat.

In the context of Carrey's website, the Stone video is simply a piece in a larger puzzle about Carrey, the enigmatic star about whom very little is known.

He has suffered from severe depression. He is a philanthropist – one video shows a fragment of his relief work in Haiti. He is a proud father (his daughter Melissa Carrey is a singer) and grandfather – in another video, he points to the infant who, promptly, vomits.

Carrey is also an admirer of the mondo-spiritualist Eckhart Tolle, whose teachings may help explain the latest video better than anything else on the site. In fact, Tolle's sayings appear throughout Carrey's online videos.

Tolle's message is related to an epiphany he had in 1977 after his own struggle with depression. He slept one night and then awoke, filled with wonder. He became a very happy homeless man, then a teacher and finally a very rich writer and adviser.

His Cinderella story, somewhat simplified, is related to the Zen concept of "mindfulness." When Tolle awoke that fateful morning, he says, "the mind-made self, with its heaviness, its problems, that lives between the unsatisfying past and the fearful future, collapsed. It dissolved."

Carrey not only admires Tolle; the two headlined in 2009 at the first conference of something called the Global Alliance for Transformational Entertainment.

One of Tolle's wispy aphorisms: "The past has no power over the present moment."

A German native who grew up playing in bombed-out buildings after the Second World War, Tolle has good reason to exterminate the past. But does Carrey? Did the teachings of Tolle's The Power of Now (1997) influence his decision to star in The Eternal Sunshine of the Spotless Mind (2004,) a film about erasing, via sci-fi technology, one's memory?

"Life is the dancer and you are the dance," Tolle says. Okay, that is completely trite, yet one wishes to blame the Carrey video on this strange little, fatuous man.Because the videos, as painfully candid as they are, reveal nothing about Carrey, nothing true. Beneath each visual memoir resides thousands upon thousands of fan comments, each seeking genuine intimacy with the actor.

There are no responses from Carrey.

The videos, occasionally charming, reveal a man taking great pains to present a raw, painless self "protected by the golden light of love." All of his well-being looks forced. Carrey was a controlled, brilliant actor once, and for all of his complexity, he was an excellent manager of his public image.

One hopes that, some day, he strays from Tolle's teachings and becomes more mindful of his splendid past. 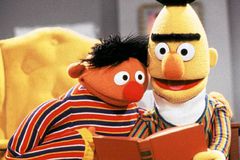