Bernard Lord, Chief Executive Officer of Medavie has been elected Chair of the Board of Directors of the Canadian Life and Health Insurance Association (CLHIA).

Mr. Lord became CEO of Medavie in September 2016 to provide strategic leadership and further the company’s mission to improve the wellbeing of Canadians. Prior to this, he served eight years on its board of directors.

He is currently the Chair of the International Federation of Health Plans, and the incoming President of the Canadian Association of Blue Cross Plans.

He is a Queen’s Counsel and a member of the New Brunswick Law Society and the Canadian Bar Association.

The CLHIA is a voluntary association whose member companies account for 99 per cent of Canada’s life and health insurance business. These insurers provide a wide range of financial security products including life insurance, annuities (including RRSPs, RRIFs and pensions) and supplementary health insurance to over 29 million Canadians. They hold over $1 trillion in assets in Canada and employ more than 158,000 Canadians. 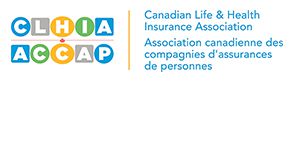