Louis Audet, Executive Chair of Cogeco Communications Inc., is pleased to announce that Bernard Lord has joined the Board of Directors of the Company.

Since 2016, Mr. Lord is the Chief Executive Officer of Medavie, a Canadian health company that oversees Medavie Blue Cross and Medavie Health Services. From 2008 to 2016, he was President and Chief Executive Officer of the Canadian Wireless Telecommunications Association which is the wireless industry’s main trade organisation. From 1997 to 2006, Mr. Lord held different elected positions, including Premier of New Brunswick from 1999 to 2006. He has also practiced law and continues to be a member of the New Brunswick Law Society and the Canadian Bar Association. He was formerly Chair of the Board of Ontario Power Generation, as well as director and advisor for several other corporations. In 2000 he was named Grand Officier de l’Ordre de la Pléiade (La Francophonie). In 2007, he was awarded the Order of New Brunswick and in 2011, he was appointed Queen’s Counsel.

Cogeco Communications Inc. is a communications corporation. It is the 8th largest cable operator in North America, operating in Canada under the Cogeco Connexion name in Québec and Ontario, and along the East Coast of the United States under the Atlantic Broadband brand (in 11 states from Maine to Florida). The Corporation provides residential and business customers with Internet, video and telephony services through its two-way broadband fibre networks. Cogeco Communications Inc.’s subordinate voting shares are listed on the Toronto Stock Exchange (TSX: CCA). 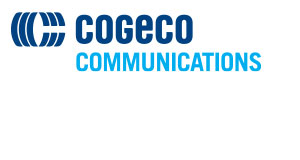