Louis Roquet, Chancellor and Chairman of the Board at the University of Montreal, is pleased to announce the appointment of Daniel Jutras as Rector.

Daniel Jutras is a graduate of law from the University of Montreal and Harvard University. A Professor at McGill University since 1985, he was Dean of the Faculty of Law from 2009 to 2016 and held the Wainwright Chair in Civil Law for 10 years. Between 2002 and 2004, he served as executive legal officer for the Chief Justice of the Supreme Court of Canada. He also sat on the Independent Advisory Board for Senate Nominations from 2016 to 2018. His valuable contributions to Canadian academic and political life were recognized by the Order of Canada in 2019.

Renowned for his inspirational vision and solid communication skills, Professor Jutras will assume his role as rector on June 1st for a five-year term, in which he will devote his energy to the development of one of Canada’s largest universities. For all these reasons, the board is delighted to welcome this brilliant leader. 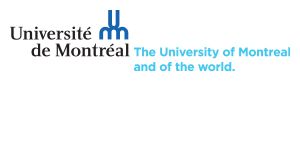