The Board of Directors of Walker Industries Holdings Limited is pleased to announce the appointment of Geordie Walker as President and CEO.

Mr. Walker has served Walker Industries since 2010 in various roles including Executive Vice-President and CFO, Vice President of Corporate Development and General Manager for the Liquid Organics Division. Before he arrived at Walker, Geordie started his career in marketing consulting, followed by 10 years in Investment Banking, primarily at Canaccord Capital Corporation in Toronto and Bear Stearns in New York City in equity financing and mergers and acquisitions.

Mr. Walker has an Honours Bachelor of Arts degree in Economics from Queen’s University and a MBA specializing in Finance from the Rotman School of Management at the University of Toronto. He is a member of the Board of Directors of Walker Industries.

Walker Industries is a fifth generation, family owned Canadian company that has operated from its base in the Niagara Region for more than 130 years. With facilities across Canada and the United States the company employs more than 1100 people in construction, aggregates, emulsions, renewable energy and environmental waste management and recovery services. 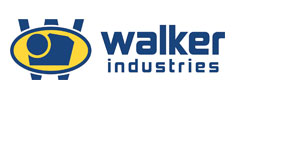