Brenda M. Leong, Chair and CEO of the British Columbia Securities Commission (BCSC), is pleased to announce the appointment of Gordon Johnson to the position of Vice-Chair.

Gordon Johnson brings over 30 years of securities law and senior litigation experience to the BC Securities Commission. Gordon joins the BCSC from Borden Ladner Gervais LLP (BLG) where he was a partner with a practice focused on both prosecuting and defending regulatory issues and investment claims, and dealing with disputes between investment firms. He served on BLG’s national Board for six years. Gordon has significant experience in administrative law matters having appeared as counsel before many tribunals, including the BC Securities Commission, as well as the British Columbia Supreme Court, and the British Columbia Court of Appeal. Gordon received a Bachelor of Laws from the University of British Columbia. He has served as both Co-Chair and Treasurer of the BC Branch of the Canadian Bar Association, Civil Litigation Subsection.

The BCSC is the independent provincial agency responsible for regulating trading in securities within the province. 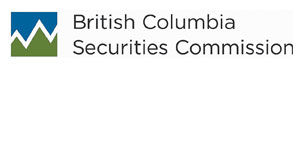