Jean-François Chalifoux, Chief Executive Officer of SSQ Insurance has been elected Chair of the Board of Directors of the Canadian Life and Health Insurance Association (CLHIA).

Founded in 1944, SSQ Insurance is now one of the largest insurance companies in Canada, with $13 billion in assets under management.

Jean-François holds a bachelor’s degree in actuarial sciences from Laval University, is a Fellow of both the Canadian Institute of Actuaries and the Casualty Actuarial Society, and is a graduate of the Queen’s Executive Development Program. Prior to joining SSQ Insurance in 2015, he held several executive roles with major Canadian insurance companies.

The CLHIA is a voluntary association whose member companies account for 99 per cent of Canada’s life and health insurance business. Its members provide a wide range of financial security products to almost 29 million Canadians. 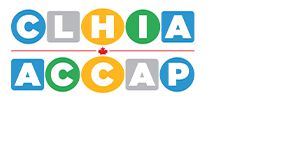