John McBain, President and CEO of Canada Lands Company, a national real estate developer and attractions manager, is pleased to confirm the Government of Canada’s appointment of Jocelyne Houle to the company’s Board of Directors, effective June 19, 2019.

Ms. Houle has had a long career in the public sector. She was the mayor of the City of Buckingham, Québec, from 1999 to 2001, and became municipal councillor for the Buckingham District of the City of Gatineau. She also served as deputy mayor and vice-president of the executive committee of the City. In addition to her activities in the public sector, Ms. Houle was proprietor of Houle Jewellers in Buckingham for 36 years. She is very active in her community and is involved with several associations and community organizations.

Canada Lands Company is a self-financing, federal Crown corporation. Leveraging its subsidiaries, the Company transforms former Government of Canada properties and reintegrates them into local communities while ensuring their long-term sustainability and commercial viability. Canada Lands Company also holds, invests in and manages world-renowned attractions such as the CN Tower and Downsview Park in Toronto, the Old Port of Montréal and the Montréal Science Centre. 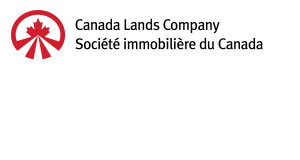