KPMG would like to congratulate and express its sincerest gratitude to Mary Lou Maher, FCPA, FCA, who is retiring this month as Canadian Managing Partner of Quality and Risk Management and Global Head of Inclusion and Diversity. A much-valued leader and longtime partner, Ms. Maher had been with the firm for 38 years, blazing a trail for women leaders in accounting and consulting. During her remarkable career, she served as Chief Human Resources Officer and Chief Financial Officer. Ms. Maher became KPMG’s first Chief Inclusion and Diversity Officer and demonstrated her vision and leadership by creating the role of Chief Mental Health Officer, the first position of its kind in Canada. An executive sponsor of pride@kpmg, Ms. Maher received the Life Time Achievement Award from Standing Proud and the Senior Leadership Award for Diversity from the Canadian Centre for Diversity and Inclusion. One of the Top 100 Most Powerful Women in Canada, Ms. Maher was inducted into the WXN Hall of Fame for her outstanding achievements. 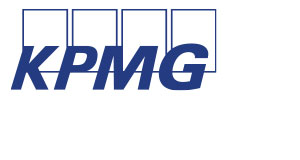