The Wawanesa Mutual Insurance Company is pleased to announce the following appointment, effective May 28, 2020.

Mr. Paul Soubry has been appointed to the Board of Directors Mr. Soubry is the President and Chief Executive Officer of NFI Group Inc. (formerly New Flyer Industries Inc.) one of the world’s leading bus and motor coach manufacturers employing over 9,000 people in 10 countries. Mr. Soubry currently serves on the boards of NFI Group Inc. and The Winnipeg Jets Hockey Club/True North Sports and Entertainment Limited. He has also served on the board of the Mondetta Clothing Company, Economic Development Winnipeg Inc., and the Winnipeg Airports Authority. He was recognized as Canada’s 2016 CEO of the Year by the Financial Post and recently chaired the University of Manitoba’s Front and Centre Capital Campaign that raised over $625 million.

Mr. Soubry is a member of the Institute of Corporate Directors and a graduate of the Directors Education Program. He holds a Bachelor of Commerce (Honours) degree from the University of Manitoba and completed the executive development program at Harvard Business School.

The Wawanesa Mutual Insurance Company, founded in 1896, is the largest Canadian Property and Casualty Mutual insurer with $3.9 billion in annual revenue and assets of 10.5 billion. With over 5,700 employees, Wawanesa proudly serves over two million policyholders in Canada and the United States. Wawanesa actively gives back to organizations that strengthen communities where it operates, donating well above internationally recognized benchmarks for excellence in corporate philanthropy. 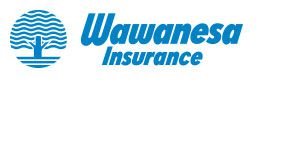