Mr. Montano started his career as a civil and geotechnical engineer, specialising in civil infrastructure and mining projects throughout the Americas, before adding mining engineering to his portfolio. Collectively, he has over 15 years of global experience in the mining industry that encompasses geotechnical engineering, mine construction and operation, open-pit design and planning, financial modelling and project optimization.

Mr. Montano joined B2Gold in 2010 as Senior Engineer and was instrumental in the development and expansion of the Company’s first two mines, El Limon and La Libertad, in Nicaragua. Shortly thereafter he was promoted to Senior Project Engineer where he played a fundamental role in the construction of the Company’s first mine in Africa, Otjikoto, located in Namibia, which in 2014 made history as one of the fastest moving mine construction projects in the country. Subsequently,

Mr. Montano was responsible for the initial project development and long-term plans of the Company’s flagship mine, Fekola, located in Mali, and was swiftly promoted to Project Director in 2016. He has since continued to optimize and significantly add value to the Company’s projects, including the mine expansion at Fekola and addition of the Wolfshag underground mine at Otjikoto, which ultimately led to his recent promotion.

In his new role, Mr. Montano will be responsible for the long term and strategic planning and execution of the Company’s projects, from acquisition through project development, mine construction, operation and closure.

B2Gold is a low-cost international senior gold producer headquartered in Vancouver, Canada. Founded in 2007, today, B2Gold has operating gold mines in Mali, Namibia and the Philippines, and numerous exploration and development projects in various countries including Mali, Colombia, Finland and Uzbekistan. 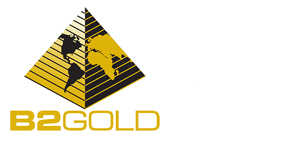