Hartley T. Richardson, President & Chief Executive Officer of James Richardson & Sons, Limited, is pleased to announce the election of R. Ronald Richardson to the Board of Directors of Tundra Oil & Gas Limited.

Mr. Richardson is an active private investor, member of the Capital Angel Network, and manages placements with over 15 companies. He co-founded Benbria Corporation, where he manages select key accounts and advises on product strategy. He previously held positions with Barclays Capital, Intel, Husky Injection Molding Systems and SlipStream Data. Mr. Richardson serves as a Director on the Queensway Carleton Hospital Foundation; Brokrete Inc.; RBQ Ltd.; and is a Trustee of the RBQ Foundation; and Observer Director of Benbria Corporation. He holds a Bachelors of Software Engineering (Honours Co-op, with Distinction) from the University of Waterloo, is a licensed Professional Engineer under P.E.O. and a graduate of the Institute of Corporate Directors of Canada’s DEP program.

Tundra Oil & Gas is a wholly-owned subsidiary of Winnipeg-based James Richardson & Sons, Limited. The largest oil producer in Manitoba, Tundra commenced operations in January 1980 and currently produces in excess of 30,000 barrels of light crude oil per day. Tundra’s core properties are located within the Williston Basin in southwest Manitoba and southeast Saskatchewan. 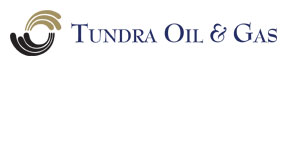