Birch Hill Equity Partners is pleased to announce the recent promotion of Sean Makins to Partner.

Sean has made significant contributions to Birch Hill over the past 10+ years. He assumed leadership roles across many of our investments as well as supporting the development and growth of Birch Hill.

Sean has had a leadership role in Birch Hill’s investments in Harbour Air, Citron Hygiene, Cozzini Bros and Shred-it. He also led the creation of Birch Hill’s Data Science Group. Prior to joining Birch Hill in 2013, Sean was an Analyst in the Investment Banking Division of J.P. Morgan Chase in Calgary. Sean received his B.Comm. (with distinction) from the University of Calgary.

Birch Hill is a Canadian mid-market private equity firm with a 29-year history of driving growth in our portfolio companies and delivering returns to our investors. Based in Toronto, we currently have over $5 billion in capital under management. Since 1994, we have made over 68 investments, with 52 fully-realized. Today, our 16 partner companies collectively represent one of Canada’s largest corporate entities with over $8 billion in total revenue and more than 32,000 employees. 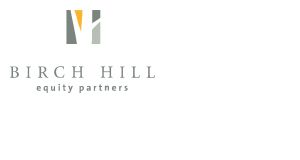