Hartley T. Richardson, President & Chief Executive Officer of James Richardson & Sons, Limited, is pleased to announce the election of Sprague K. Richardson to the Board of Directors of Kingston Midstream Limited.

Mr. Richardson is President of Western Canadian Aerial (WCA) and its group of companies, an aerial application business he acquired in 2016. Mr. Richardson obtained a Bachelor of Science degree from the University of Manitoba with a double major in AgBusiness and Economics. After Mr. Richardson earned his Commercial Pilot’s License, he began working in aviation as an aerial applicator, then developed WCA which currently operates 17 agricultural aircraft. Currently, he sits on the boards of Western Canadian Aerial, the Siobhan Richardson Foundation and Fort Whyte Alive, an environmental, education and recreation centre located in Winnipeg. 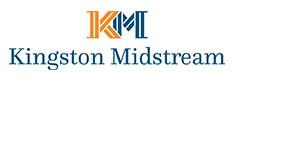