IC Savings is proud to announce the appointment of The Honourable Frank Iacobucci, CC, QC, LLD, LSM, to its Board of Directors. An esteemed member of the Canadian legal community, Mr. Iacobucci has had a distinguished career in private practice, academia, government and the judiciary.

Currently Senior Counsel with Torys LLP, Mr. Iacobucci has served on numerous boards, including Tim Hortons and Torstar Corp., and the Advisory Board for General Motors of Canada. Having been a lawyer at a prominent New Yorkfirm, he returned to Canada in 1967 to join the Faculty of Law at the University of Toronto, and served first as the faculty’s Dean, and then the university’s Vice-President and

A Companion of the Order of Canada, Mr. Iacobucci has received numerous awards, honours and recognition in Canada, the United States, England and Italy.

IC Savings is an urban community credit union with eight branches in the west GTA. Opened in 2000 as Italian Canadian Savings & Credit Union, its focus is to bring co-operative banking, with a passion for community development, to the neighbourhoods that it serves. 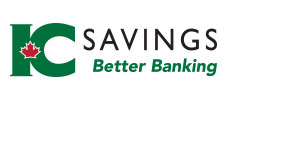