Ms. Raitt’s career has spanned roles as a senior government official, a senior executive and board member. From 2008 to 2019, she served in the House of Commons representing Milton Ontario. Most recently, Ms. Raitt served as the Deputy Leader of the Official Opposition and the Conservative Party of Canada. While in Government, she served as Canada’s Minister of Natural Resources, Minister of Labour and Minister of Transport and as part of the Official Opposition served as Finance Critic and Justice Critic. Prior to her election to the House of Commons, Ms. Raitt was the President and Chief Executive Officer of the Toronto Port Authority (TPA). She had previously served as the TPA’s general counsel and Harbourmaster. In January 2020, Ms. Raitt was named Vice-Chair of Global Investment Banking for CIBC. Lisa is a graduate of St. Francis Xavier University and holds a Master of Science degree from the University of Guelph. She earned her law degree from Osgoode Hall at York University and was a Harold G. Fox Scholar furthering her advocacy training in the UK.

The Directors of LFL Group are pleased to welcome Ms. Lisa Raitt to the Board and Audit Committee. 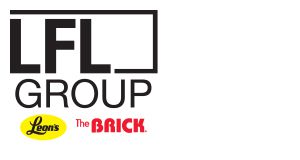