Dave Filipchuk, president and CEO of the PCL family of companies, is pleased to announce the following leadership appointment and retirement in eastern Canada, effective February 1, 2019.

Todd Craigen is promoted to president, Eastern Canadian Buildings and Civil Infrastructure, and is based in the Toronto district office. He is responsible for operations extending from Manitoba to Newfoundland and draws on his substantial knowledge of project delivery methods, gained from a wealth of geographically diverse experience, to meet each client’s unique needs. Todd brings 25 years of experience in the construction industry to his new role, having served most recently as senior vice president and district manager for PCL’s Toronto operations. He was previously vice president and district manager for PCL’s BC region, and prior to that district manager in Saskatoon.

Todd has led major projects across Canada; he notably led the construction of the Canadian Museum for Human Rights in Winnipeg.

The PCL family of companies would like to congratulate and express its sincerest gratitude to Jim Dougan, who is retiring from the position of president, Eastern Canadian Buildings and Civil Infrastructure. Jim has been instrumental in helping PCL maintain its leading role in the construction industry.

PCL is a group of independent construction companies working across Canada, the United States, the Caribbean, and in Australia. These diverse operations in the civil infrastructure, heavy industrial, and buildings markets are supported by a strategic presence in 31 major centers. Together, these companies have an annual construction volume of $8 billion.

Watch us build at PCL 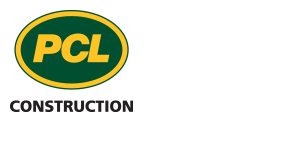