As Canadians look ahead to celebrating National Philanthropy Day on Monday, many will reflect on what has been a tough two years; heartache and sorrow for many and disrupted lives for even more. However, throughout the COVID-19 pandemic, individuals and communities have come together in a spirit of giving, sharing and support that epitomizes the power of philanthropy across the country.

Canadian charities work hard year round to meet the needs of the causes they serve. On November 15 they celebrate National Philanthropy Day (NPD) to recognize and pay tribute to the contributions that philanthropy – and those active in the philanthropic community – make to the lives of individuals and communities round the world.

First celebrated in 1986, NPD this year will see more than 100 events held across Canada and the rest of North America.

For Rebecca Dutton, president and CEO of Janeway Children’s Hospital Foundation in St. John’s, Newfoundland, NPD is an occasion to showcase “something beautiful” in her community and an opportunity to encourage even more people to have an impact on the causes they care about.

“We celebrate philanthropy in all its forms; we honour philanthropists, volunteers, community groups and fundraisers; all those people who work together each day to improve the lives of others,” says Ms. Dutton.

Rukshini Ponniah-Goulin, director of development at the United Church Downtown Mission of Windsor in Windsor, Ontario, says NPD is not only a celebration for people involved directly in charities but also an opportunity to raise wider awareness of what impact their work is having on the community. 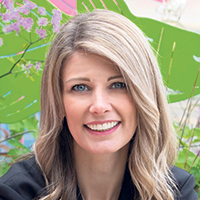 “We have the privilege of working with incredible donors every day who give to make sick and injured kids better.

“National Philanthropy Day lets every Canadian see that they too can play a part in making a difference in their own community, no matter how big or how small,” she says.

That’s not to say that most Canadians aren’t already aware of the importance of charitable giving. The 2021 What Canadian Donors Want survey conducted for the Association of Fundraising Professionals Foundation for Philanthropy – Canada found that 76 per cent of Canadians say they made a financial donation to a charity in the previous 12 months.

The average donation was $933 compared to $772 when the last survey was done in 2017. Another significant finding was the level of confidence – 87 per cent – that Canadian donors have in the charitable sector compared to the private sector (69 per cent) and the public sector (65 per cent). A strong majority of Canadian donors – 89 per cent – also trust charities to deliver on their mission and goals, and 85 per cent agree that most charities in Canada act responsibly with the donations they receive.

The value of the non-profit sector to Canada’s economy is also significant. According to Statistics Canada, 8.4 per cent of the country’s total GDP was attributable to the sector in the first quarter of 2021, while employment in the sector during the first quarter was pegged at 2.4 million jobs.

While numbers are impressive, it’s what happens on the ground that’s most important to Canadian non-profits.

In St. John’s, the Janeway Children’s Hospital Foundation raises money to support the Children’s hospital that benefits communities in Newfoundland and Labrador.

“We have the privilege of working with incredible donors every day who give to make sick and injured kids better,” says Ms. Dutton. “Their generosity enables the hospital to purchase equipment that literally saves children’s lives, train health-care staff and fund vital research on pediatric issues that are relevant to children here in the province.”

The Downtown Mission started in Windsor in 1972 as a drop-in centre for a few individuals who were experiencing homelessness in the downtown area. It was run by a group of volunteers and served, on average, 12 men, who typically received a cup of coffee and a sandwich once a day. Today it’s a 24-hour-a-day operation providing food, shelter and comfort to hundreds of men, women, youth and families daily. 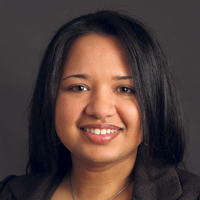 “National Philanthropy Day lets every Canadian see that they too can play a part in making a difference in their own community.

“All of these programs are provided through the generosity and kindness of our community and the many amazing philanthropists in Windsor-Essex who help ensure these services are there for those who need them,” says Ms. Ponniah-Goulin.

But in Windsor and St. John’s, as in many other communities across Canada, the needs keep growing as more individuals and families, and institutions like hospitals, come to rely on charities to help them through tough times or to provide funds for essential infrastructure and equipment.

“Newfoundlanders and Labradorians are known to be among the most generous people in the country, and they certainly are,” says Ms. Dutton. “But of course, just like anywhere, economic uncertainty can influence people’s ability to make both short- and longer-term financial commitments.”

She notes that the uncertainty brought on by the COVID-19 pandemic and other economic factors at play in the province and the country have impacted charities and giving.

“However, the number of donors we’re seeing and the support for the community remain strong. We certainly take care of one another in Newfoundland and Labrador, and the number of people who give everything they can is truly inspiring. Philanthropy is alive and well, regardless of the challenges,” adds Ms. Dutton.

Ms. Ponniah-Goulin agrees that increasing need is one of the biggest challenges facing the charitable sector and will be well into the future.

“More issues are coming up daily, with more individuals of all demographics and socio-economic classes needing assistance to live a good life,” she says. “These increasing demands continue to stretch the limits of our very generous philanthropists and philanthropic organizations.”

Nevertheless, Ms. Ponniah-Goulin believes the spirit of human kindness is alive and well in communities throughout Canada and in the rest of the world.

“We must be grateful for all we have, no matter how much or how little it may seem, and be willing to graciously help others who may need a hand up at some point in their lives. As Martin Luther King Jr. once said, ‘Life’s persistent and most urgent question is: What are you doing for others?’ This is something I’ve always believed in and, thankfully, there are many others around me – the philanthropists – who live it every day, and our world is truly a better place for it,” she adds.

The Association of Fundraising Professionals (AFP) represents more than 3,000 Canadian fundraisers and charities, and over 26,000 around the world, partnering with donors and volunteers to change the world through ethical and effective fundraising.

AFP helps its members raise more than $115-billion annually for a wide variety of causes through advocacy, research, education, mentoring and the most rigorous code of ethics in the profession.