New technology can usher in a paradigm shift with changes that are not easily anticipated from the outset. At the advent of the internet, for example, who would have envisioned the ability to video-chat with participants across the world, control home appliances remotely or summon rides via a mobile device?

Blockchain and cryptocurrencies hold a similar promise, where the scope of their impact will far exceed current expectations, says Desiree Smith, director, Business and Legal Affairs at Coinsquare, a leading cryptocurrency platform based in Canada.

“Blockchain and bitcoin only emerged over 10 years ago – and just like in the early 1990s, about a decade after the internet started – it’s impossible to even conceptualize all potential applications,” she says. “Although cryptocurrency is becoming more mainstream relative to digital adoption trends, the market is still so young. For reference, we’re in the equivalent of the dial-up internet era. But today’s world moves much faster than in the ‘90s; and with so much unrealized innovation on the horizon, it’s really fascinating to see how the crypto industry will evolve to change our future.”

Ms. Smith was drawn to crypto because of its capacity to enhance access to financial solutions. “Crypto really changed how I think about money. In particular, it made me realize that money is ultimately a representation of trust. A $100 bill doesn’t actually have any intrinsic value; it’s just a piece of paper. But it has significant purchasing power because of our collective trust in the value it represents.”

Bitcoin operates on a peer-to-peer basis, which means that instead of relying on central authorities to process transactions, trust is automatically established by the blockchain network itself.

This holds significant appeal in jurisdictions with rampant corruption, explains Ms. Smith. “In Canada, we generally trust that the currency issued by our central bank will retain value because we trust the predictability of the Canadian government’s inflation and monetary policies,” she says. “But what happens when citizens lose confidence in their nation state? Many do not have access to the global market because they can’t trust that their banks will actually hold their funds safely. Take Zimbabwe in 2007, for example, when the Zimbabwean dollar lost so much value due to hyperinflation that people had to pay millions just for a loaf of bread.”

Bitcoin and other cryptocurrencies provide an alternative way of storing value by making it possible to put this trust into technology. And while code can also be subject to human error, transactions on a blockchain are approved by a network of thousands of computers, a verification process that significantly reduces the risk of error.

Even in countries where citizens are lucky enough to have more dependable legislative frameworks, bitcoin and other cryptocurrencies can be viewed as a hedge against traditional financial markets, says Ms. Smith. “Bitcoin emerged at the time of the 2008 financial crisis. And embedded in the code of the first bitcoin block – the “Genesis block” – was a secret message, according to the headline of the London Financial Times article dated January 3, 2009. The content of the article detailed the bailout of banks by the British government following the crisis. Many speculated that the message was meant to call attention to the corruption in the global financial industry (i.e. ‘too big to fail’ banks) and validate bitcoin as the solution to this problem.”

Crypto is revolutionary because it provides a way to return transacting power to the people, she says. “This is significant, because one of the major factors that led to the financial crisis is too much control concentrated in the hands of a few. As an alternative asset class, bitcoin helps democratize the market by breaking the monopoly of legacy institutions over payment systems.”

In addition, new disruptive technology always forces adaptation and advancements in affected industries, says Ms. Smith. “And aside from mitigating concerns with trust, cryptocurrency also has advantages in terms of efficiency that even already existing banking systems can use to their advantage.”

For example, have you ever tried to send money to a foreign friend? If not, then all you need to know is that it can be very difficult, she says. “E-transfer only works with Canadian banks, and Venmo sounds great, but can only be used by Americans. This is because banking systems lack globalization, and as a result, transactions across borders are time-consuming, complicated and costly. Crypto, on the other hand, really opens the door for globalized financial solutions and ease of transacting.” 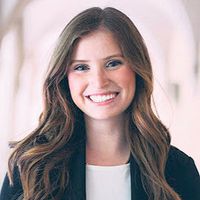 “Crypto really changed how I think about money. In particular, it made me realize that money is ultimately a representation of trust. A $100 bill doesn’t actually have any intrinsic value; it’s just a piece of paper. But it has significant purchasing power because of our collective trust in the value it represents.

As the crypto market grows, Canadian regulators are paying close attention. The aim is to boost consumer protection and foster confidence in capital markets, especially in light of early challenges that led to the image of “bitcoin as enabler of nefarious activity.”

People may have initially heard of crypto in connection with Silk Road, a notorious online black market, or other darknet platforms where traders used bitcoin’s anonymity to their advantage. Today, Ms. Smith sees this fraudulent activity as the exception rather than the rule.

“While transacting anonymously with bitcoin is still possible, it is now much more difficult to fly under the radar. In Canada and many other countries, regulators have made it abundantly clear that companies dealing in virtual currency remain subject to anti-money laundering and money transmission laws and requirements,” she explains. “To be in compliance with these regulations, any legitimate cryptocurrency platform must retain client-identifying information and monitor all transactions for suspicious activity. This regulatory oversight – combined with the fact that any transaction is permanently recorded on the blockchain – makes using bitcoin to conduct illegal activities a much more risky endeavour than, say, a more untraceable medium like cash.”

Of the estimated $800-billion to $2-trillion (US) laundered globally every year, crypto-related financial crime actually makes up a very small percentage, hovering around only 1 per cent, says Ms. Smith.

“Even if it is considerably less prevalent than crimes committed with fiat, fraudulent activity still does occur with cryptocurrency,” she warns. “And anyone in the crypto market should be cautious of illegitimate actors in the industry.”

Although bitcoin and other cryptocurrencies were initially viewed as the “Wild West,” the perception that crypto was unregulated in the early days is not correct, according to Ms. Smith.

“New technology is still subject to prevailing laws and precedents. And typically, regulations are written with a broad scope in order to accommodate for new and changing technology. The complexity is determining ‘how’ the regulation will apply to new technology not ‘if’ it applies,” she clarifies. “This is where guidance comes in, which is published by regulators to inform the market how they view the new technology fitting within the current legislative scheme.”

With regards to crypto, anti-money laundering, securities and tax laws all apply, but over the years, legislators have made it more clear what requirements must be followed and where there may be exceptions.

“Again, we can use an example of a previous disruptive technology. When people started using Uber, it didn’t mean that the laws of the road didn’t apply to drivers because this was a new technology; you’d still have to stop at a red light,” she says. Yet other considerations soon emerged, with questions like whether Uber is a technology service or a taxi service, which would have different implications for the business as well as its competitors.

Ms. Smith suggests it’s up to regulators to weigh measures that advance consumer protection without stifling technology adoption. “Regulators have to determine how to protect investors – and provide a legal remedy when things go wrong – in a way that makes sense for crypto,” she says. “And as the market is becoming more regulated and safer for investors, more institutions are able to participate.”

For example, Tetra Trust Company, a company Coinsquare is invested in, recently became the first regulated custodian in Canada. “Prior to Tetra’s launch, crypto custodianship in the Canadian market was limited to U.S. providers and unregulated Canadian custodians,” explains Ms. Smith, who adds that custody solutions are independent storage and security systems used to hold large quantities of tokens.

Such expansion to the cryptocurrency ecosystem can pave the way for more participants to enter the space, she believes. “Having a registered custodian means you have certain insurance as well as capital reserve requirements, and this can inspire confidence in both retail and institutional investors.”

All these new developments – both legislative and in the market – make the crypto space a very dynamic place to work, she adds. “There’s always something new happening, and it’s exciting to see the progression of the market.”