After years on the margins of the global economy, blockchain-based digital currencies are colliding with traditional finance, with cryptocurrency funds trading on public stock exchanges and most major financial institutions either offering cryptocurrency services or actively exploring the possibilities.

While this creates significant opportunity for everybody, from the world’s largest banks to individual retail investors, the rapidly growing crypto economy is not without risk. Security is one of the selling features of the blockchain, but the interface between the blockchain and investors can be perilous. Hackers have compromised many cryptocurrency exchanges, and some 76,000 investors lost money in the collapse of the Canadian exchange QuadrigaCX in 2019.

From the first gold vaults to modern custodial banking giants like BNY Mellon, history has proven that secure, arm’s-length custody is critical to managing these types of risks. In Canada, Brane Inc. is among the first domestic companies to provide institutional-grade crypto custody solutions for regulated financial institutions. In addition, the company is spearheading leadership and co-ordination between governments, the private sector and regulators, advocating for a purpose-built regulatory framework.

This transformational mission has attracted a who’s who of financial, regulatory and security leaders to Brane’s executive and governance teams.

“When you see the number of cryptocurrencies out there and the number of innovations happening in blockchain technology, it’s clear we’re at a critical point,” says Matt Torigian, a member of Brane’s board of directors. “The accelerated pace of the cryptocurrency market and the potential for disruption of our banking and investment institutions creates an imperative for a company like Brane.” 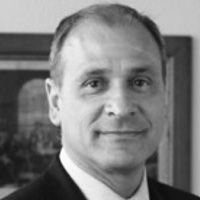 “ The accelerated pace of the cryptocurrency market and the potential for disruption of our banking and investment institutions creates an imperative for a company like Brane.

Matt Torigian
a member of Brane’s board of directors

After leading the Waterloo Regional Police Service as its chief, Mr. Torigian served as Ontario’s Deputy Solicitor General, where his portfolio included oversight of the Ontario Provincial Police, provincial criminal intelligence services and emergency management. A past president of the Ontario Association of Chiefs of Police and a Distinguished Fellow at the Munk School of Global Affairs and Public Policy, he has completed extensive graduate justice studies courses at the FBI National Academy in Quantico, Virginia, and was invested as an Officer of the Order of Merit of Police Forces in 2012. In other words, Mr. Torigian understands threats to the public interest.

The COVID-19 pandemic, recent events in Afghanistan and climate-related natural disasters are all indications that effective security systems must move at extraordinary speed and be ready for anything. Blockchains – and the cryptocurrencies they enable – can play a key role in connecting the world, but there are still gaps in cryptocurrency regulations and services that must be addressed quickly, says Mr. Torigian. In the meantime, “Brane has set itself up to provide independent, unconflicted custody, an essential line of defence against any potential malfeasance or mismanagement,” he says.

While there are many companies working on various types of cryptocurrency solutions, Mr. Torigian says it was Brane’s leadership team that convinced him to join its board. “We have proven banking and financial experts, public safety leaders, business leaders, government leaders and investors. This board has all the expertise necessary for a proper governance body for a company that is rapidly growing, innovating and evolving.”

Mr. Torigian says he was also attracted to Brane’s culture, where appreciation for the exponential power of collaboration means that making room for diverse perspectives and expertise is non-negotiable.

“The company culture aligns with my personal, professional beliefs. A lot of people use all the right catchphrases, but it’s not easy to do. With so much expertise and leadership on the board of directors, you might think everybody would be clamouring to speak. Yet because we all want everyone to be heard, everyone works so well together, asking important, tough questions before we sign off on anything,” he says. “It epitomizes the blockchain in a way – we all contribute our own blocks of expertise to this system of good governance and good decision-making.”

Proven leadership in finance and public policy as well as innovating in new industry sectors are part of Brane’s DNA.

Jerome Dwight, Brane’s president, is a former CEO of Bank of New York Mellon Canada, part of the world’s largest custodian, and the former Global Market Head for Royal Bank of Canada’s International Wealth Management, Corporate and Institutional businesses, where he oversaw RBC’s rapid global expansion across Europe, Latin America and the Caribbean.

During the global financial crisis, Mr. Dwight was part of a Government of Canada industry task force enlisted to develop financial services sector reforms. An experienced executive and entrepreneur, he has a record of driving companies to sector leadership. He has received the Award of Distinction conferred by the Institute of Chartered Accountants (Canada) and is a recipient of Canada’s Top 40 under 40 award

Dalton McGuinty, a member of Brane’s board of directors and chair of its nominating committee, was Premier of Ontario for three consecutive terms from 2003 to 2013, and created Canada’s first Ministry of Research and Innovation.

He has since served as a Senior Fellow at Harvard University’s Weatherhead Center for International Affairs and Carleton University’s School of Public Policy and Governance.

He is a member of the boards of directors of Innergex Renewable Energy, Pomerleau Inc. and the University of Ottawa Heart Institute, and serves as a special adviser to the CEO of software company D2L.

Melanie Pump, Brane’s chief financial officer, is a Chartered Professional Accountant (CPA, CGA) and accomplished financial executive with over 20 years of experience in the financial management and operations of publicly traded companies.

She has led finance teams for companies with operations around the world. Her recent roles include chief financial officer of Plank Ventures, a public company that invests in and supports the growth of entrepreneurs and their businesses, and Incognito Software Systems, a subsidiary of TSX-listed Constellation Software Inc.

As a leading advocate for healthy work environments and the author of Detox: Managing Insecurity in the Workplace, Melanie has appeared as a commentator on CTV, FOX, ABC and SiriusXM.