As the uncertainty from COVID-19 gives way to growing optimism and recovery, many Canadians may look back at the early weeks of the pandemic and recall concerns about the country’s food supply.

They’ll likely also remember that, amid the pantry loading and panic buying, there were never any major concerns about eggs. There’s a reason for this.

“Canadian egg farming works under supply management – a system where farmers don’t over or under supply the market, and where they’re ensured a fair return for their labour and investment,” explains Tim Lambert, CEO of Egg Farmers of Canada, which represents more than 1,200 regulated Canadian egg farmers from coast to coast, who collectively produce more than nine billion eggs each year.

This innovative, made-in-Canada system – studied and admired by farmers and governments in other countries – is driven by a holistic approach that sees the country’s egg farmers work closely with other players in the industry, including graders and processors.

“When COVID-19 hit, we were able to come together as an industry to make sure we could continue to supply Canadians with eggs,” says Mr. Lambert. “But supply management isn’t just about ensuring Canadians get their eggs today; the broader goal is long-term sustainability of this affordable, high-quality source of protein, of our industry and of the environment.”

The success of this goal rests on five key actions, identified by Egg Farmers of Canada: protect the health and welfare of hens; deliver safe, high-quality eggs to Canadians; make egg production more environmentally sound; enhance the well-being of others; and empower people. 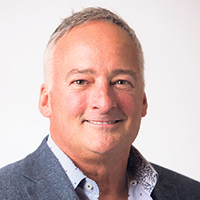 “With the stability provided by supply management, egg farmers are able to make investments that support these pillars for sustainability. But innovative leadership is also critical, and egg farmers know they need to nurture the next generation of agricultural stewards.

“With the stability provided by supply management, egg farmers are able to make investments that support these pillars for sustainability,” says Mr. Lambert. “But innovative leadership is also critical, and egg farmers know they need to nurture the next generation of agricultural stewards.”

The egg industry stands apart from other sectors with its large cohort of young farmers – almost one-third of Canadian egg farmers are under the age of 45. Through initiatives such as the National Young Farmer Program, these next-generation egg farmers get opportunities to gain the skills, knowledge and networks that will help them lead their business and shape the future of Canadian egg farming.

For Blake Jennings, a fifth-generation farmer at Bayview Poultry Farms Ltd., in Masstown, N.S., being raised on an egg farm – where he learned discipline and a sense of responsibility – has prepared him to take on a leadership role in the family business, and in an industry he loves.

Living on the Bay of Fundy amidst nature has instilled the need to innovate for sustainability – a lesson Blake learned early from his father, Glen Jennings, who installed three wind turbines on the farm 14 years ago, harnessing enough power for two barns.

“We’ve been making big changes for the future,” says Blake. “When our wind turbines became obsolete last year, we started building a new barn and installed 90 solar panels on its entire south side. This will power the whole barn and produce a little extra. Eventually, we intend to have enough solar panels to power the entire farm.”

Five years ago, Blake and his dad renovated one of their barns to an enriched colony system, which provides precise feed delivery while enhancing animal care with nest boxes, perches and scratch pads. This investment in animal welfare is important to Jenningses.

“In our new, solar-powered barn, all the hens on the farm will be in enriched colony housing. We’ve also done other upgrades with computer monitoring systems and new egg packing systems, which will further enhance our productivity,” says Blake.

Mr. Lambert cites the Jennings family as great examples of farmers today building a sustainable egg industry of the future.

“While most people point to climate change as the main reason for sustainability strategies, they often fail to consider the positive impact of sustainable food systems on the environment,” he says.

For Canada’s egg farmers, this all starts with supply management.

“Farmers who have economic stability have the ability to reinvest in technology and systems that allow them to produce more eggs, using fewer resources,” says Mr. Lambert. “And when you achieve that, you can also achieve environmental sustainability and social sustainability through greater food security and affordable access to fresh, high-quality, made-in-Canada eggs.”