Improved security, reduced energy consumption and better health are just some of the possibilities, proponents say

When it comes to the smart city of the future, the cost of innovative technologies and concerns over privacy and data collection often dominate the conversation.

Less talked about are the ways these technologies could help public spaces address our core needs and contribute to the collective good of our communities. As municipalities around the world grapple with the question of how to “future-proof” cities, it’s worth asking: How can we ensure that the cities of the future provide spaces that are more secure, affordable and healthier for all?

Our cities, for better or worse, have a deep impact on the quality of our health.

But smart technologies can actually make our cities healthier places to live by creating a gentler environment, while enabling residents to lead more active and healthier lifestyles, explains Nels Nelson, a senior planner at global architecture and engineering firm Stantec.

“Where and how you live determines two-thirds of your general health outcomes,” Mr. Nelson says. “So by working to reduce negative frictions on how we live our lives – like traffic congestion, or noise pollution – as well as increasing opportunities for more social interactions, we can do a lot to improve our physical and mental health.”

Technology also increasingly provides options, such as using smart sensors to turn off non-essential lights after a certain hour to promote better sleep patterns or attaching air-quality monitors to streetlights.

Even the buildings in which we work and live can play a huge role in our quality of life if they are set up with the right technology, says Piers MacNaughton, associate director of the Healthy Buildings program at the Harvard T.H. Chan School of Public Health.

“Buildings are themselves a technology,” Dr. MacNaughton says. “We can use building technologies to improve biophilic design in the building, such as controlling the level of daylight coming in or bringing more nature indoors.”

Technologies such as smart windows, which dynamically increase or decrease tint, have been shown to “reduce glare, lower the incidence of headaches, and enhance views of nature by eliminating the need for blinds, shading elements or window treatments,” he adds.

There are four factors to consider when it comes to physical security, says expert Dominic Chevrier: deter, detect, delay and respond.

Mr. Chevrier, a principal and sector leader for physical and technological security at Stantec, says that smart city technology can help on all these fronts.

“Physical security is not something you can touch or buy, but there are ways and technologies that are out there that can improve the security in our daily lives,” he says.

“Smart poles” are one example of technology that can give city officials and designers the tools to improve security measures. These poles provide Internet across the city, and they can be used to extend the city’s telecommunication network via WiFi. What’s created is known as a “mesh network,” with each interconnected pole increasing the reliability of the entire chain and insulating the entire network from going down in the case of any one pole failing.

Equipped with motion detection capability and video surveillance cameras, these poles can also provide an added layer of security to areas deemed more “high risk.” These poles can also trigger notifications of movement to remote operators, who can then assess the situation and decide if a response is needed. By quickly mobilizing the right resources where and when they are needed, emergency services can be better prepared to effectively respond to incidents.

Smart cities provide a unique opportunity for public spaces to be used as themed classrooms, and many pilot programs envision outdoor spaces to educate citizens on how their daily life can affect the environment.

One such concept is the Energy Pop-up Park (E-Pop), an interactive park prototype created by integrated urban designer and Stantec smart city planner Maciej Golaszewski. The park uses gamification as a strategy to educate citizens about basic energy literacy.

E-Pop gamifies the park experience for users and guests by helping them learn about energy principles in fun and interactive ways, whether it’s pedaling a bike or aligning windmills and solar panels. Energy captured through these activities can be stored in the park batteries and used for a purpose the player chooses, like charging their phone or sharing energy with other players.

The goal, according to Mr. Golaszewski, is to increase “energy literacy” – educating communities about basic energy concepts so that they think about their own impact as an individual, whether it’s conserving electricity at home, taking public transit more regularly or shopping and eating locally – all of which contribute to a more sustainable future.

Smart city planners spend a lot of time thinking about how we live, and how we can make the way we live more flexible and in doing so, more affordable.

As the associate director of development at Sidewalk Labs, a company owned by Google parent Alphabet, Annie Koo is a partner in a proposed smart city development on Torontoʼs eastern waterfront.

Ms. Koo says modular spaces and housing are among the concepts that she and her team at Sidewalk Labs have been delving into in an effort to make living spaces “work harder” for less.

Everyone should have access to accessible housing, regardless of budget, Ms. Koo says. With modular units, “you can start small and grow.”

And it’s not just about housing, as these concepts can be applied to office buildings and communal spaces alike, explains Koo. “It’s about thinking through smart cities in an integrated way across buildings and individual units to the psychology of affordability and flexibility, instead of just thinking about them in a technology-specific way.”

When natural disasters occur, it can have a devastating impact on communities, countries and the economy.

But by applying technology to urban planning and design, cities can better prepare for these events and recover faster, says Jason Whittet, associate director for 100 Resilient Cities, a New York-based organization that aims to help cities meet the physical, social and economic challenges of the future.

“We take cities through the strategy process and help them understand what their exposure is to various shocks, like natural disasters, and the stresses of everyday life,” he says.

There is a growing trend towards using network monitoring technologies to help detect and mitigate the impact of these events, Mr. Whittet explains, with more recognition of how smart technologies can prevent problems from occurring or improve the response to a problem when it occurs. For example, technologies like network-enabled sensors on dams, levees, and other pieces of infrastructure can aid in monitoring stress levels so authorities can respond accordingly.

“We’re looking at the whole picture of what happens before, during and after something like a weather event,” he adds.

Computer modelling can help cities better predict the impact of events such as earthquakes, floods or other such disasters.

In San Francisco, Mr. Whittet says the use of seismic monitoring has allowed the city to predict which areas are more “likely to liquefy.” This has helped the city create a proper disaster plan for areas of the city built on water-saturated sand and silt, which can act like liquid during the intense shaking of earthquakes.

While funding shortfalls and a myriad of other current priorities can make it hard for cities to set aside money for “what if” events, Mr. Whittet says itʼs necessary to prevent the strain on people, infrastructure and the economy when disasters strike.

“Sometimes it takes a disaster to get the attention and ability to make some of those changes,” Mr. Whittet says. 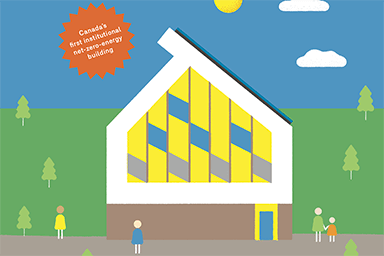 What can smart buildings do for the environment? 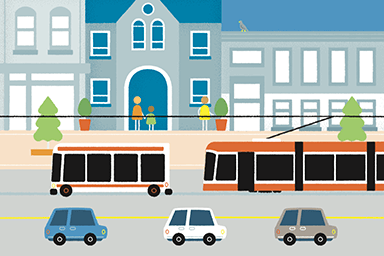 What does it mean to future-proof a city? 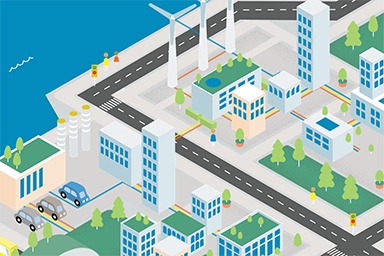 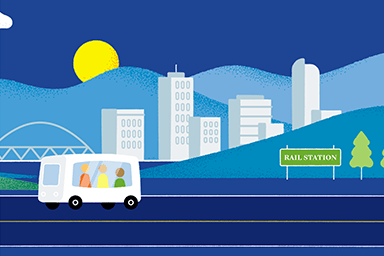