Toronto General Hospital (TGH) finds itself in remarkable company as it celebrates being named one of the top 10 hospitals in the world alongside other renowned institutions such as the Mayo Clinic, the Cleveland Clinic, Johns Hopkins Hospital and Charité in Berlin.

As a member of University Health Network (UHN), Canada’s largest health sciences research and education hospital, TGH is particularly proud of the honour considering it operates in a universal access system, says Dr. Kevin Smith, president and CEO of UHN.

Cited for leading transplant research and innovation in its Soham & Shaila Ajmera Family Transplant Centre, and for cardiovascular care at its Peter Munk Cardiac Centre, Dr. Smith says that working on the principle that patients’ needs always come first – and any Canadian who comes through the door gets treatment – is something TGH is especially proud of.

The ranking references 1,000 institutions and is managed by a global market research company in partnership with Newsweek magazine. The list was finalized by a panel of doctors, medical professionals and administrators across four continents, and ranks TGH as the best hospital in Canada.

“This recognition is a testament to our staff, board, volunteers and donors,” says Dr. Smith. “None of this would be possible without the support of our foundations and donors who support our drive to excellence.”

While the hospital appreciates large, transformational gifts, the combination of big and small donations through Toronto General & Western Hospital Foundation helps to support research, acquire equipment that might otherwise not be available and enable participation in the international research community.

Staff work hard to combine great clinical care with education and research, says Dr. Smith. Philanthropy fuels the discoveries that translate into patient care at TGH and around the world. From funding the groundbreaking Ex Vivo Lung Perfusion System, which has doubled the number of donor lungs available for transplant, to establishing Canada’s largest Mechanical Heart Program at the Peter Munk Cardiac Centre, which is now completely government funded, donors are the ones who make the new gold standards in care possible. 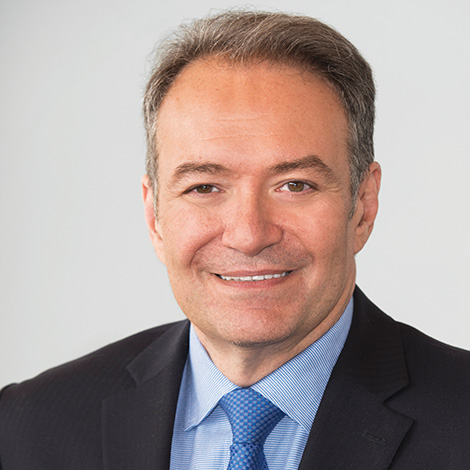 None of this would be possible without the support of our foundations and donors who support our drive to excellence.

In addition to the quaternary programs, excellence is built on the strong foundations in internal medicine, surgery, emergency medicine and mental health – to name a few. It takes the whole team to be a top 10 player.

“We’ve come this far because of the generosity of our donors,” he says.

While the top 10 ranking will add to TGH’s enviable reputation and enhance its own search for world-class talent, it also makes TGH a target for recruiters.

“People say: ‘That institution, those programs, are pretty remarkable, and we need to think about whether there are people there we can recruit.’ That keeps us on our toes to keep the environment as good as it can be for retention and for future recruitment,” says Dr. Smith.

But he points out the health-care system is very stretched.

“We have to be careful that we are able to strike a balance between the great demand for clinical care and not let our work in research and education, and increasingly innovation, falter,” he says.

While the majority of the care at TGH is directed toward Ontarians and Canadians, UHN’s vision is to contribute globally.

“When we think about a healthier world, the trainees from 78 countries who are going back to their home environments and improving the level of care and the level of knowledge, is one contribution – plus the research that is literally changing how [medical] people practise around the world every day. A healthier world is very much a part of our agenda,” he says.

Looking ahead, Dr. Smith says artificial intelligence, big data and mini robotics will change the way health care is delivered. UHN, through donor support, has invested in simulation laboratories to ensure existing and new staff are trained and ready to use new technology.

Innovation is also changing how the medical community interacts with patients as access to information through devices like smartphones becomes the norm.

Patients will increasingly be part of the care team and the decision-making about their process of care. With that access comes the risk that people may go online and find inaccurate information.

“It allows us to ensure that the patient is informed, and much more engaged and satisfied, so they can have a better outcome,” says Dr. Smith.