The coronavirus pandemic has served to highlight things in life deemed most essential – food among them. Pierre Petelle, president and CEO of CropLife Canada, hopes this heightened attention will bolster public understanding of Canada’s food system and generate support needed to advance Canada’s position among the world’s leading food producers.

“Most Canadians don’t spend a lot of time thinking about farming and food production, because they have safe and nutritious food available at the grocery store whenever they want it,” he says. “Now, for the first time in most people’s lifetimes, they’re seeing empty shelves and turning their thoughts to the men and women who produce and distribute our food.”

While the recent sights of empty shelves are not indicative of actual supply shortages, but rather point to disruptions in supply chains and consumer habits, they shine a spotlight on the importance of agriculture and the many challenges faced by Canadian farmers, including adverse weather conditions, exposure to agricultural pests and lack of consumer confidence.

“We’ve seen the power of science and innovation in medicine in the response to COVID-19, and this trust and innovative spirit must be enabled in agriculture,” says Mr. Petelle, who suggests Canadians place their trust in evidence-based decision-making related to farming. “For example, do we need to worry about pesticide residues in our food? The answer is an emphatic ‘no.’ We have dedicated farmers and rigorous regulations ensuring that the products Canadians buy are safe.”

There are also misconceptions about the size of farms and their environmental footprint, says Mr. Petelle. “In Canada, 98 per cent of farms are family owned, and our farmers care about sustainability – they want to make sure the land is productive for the next generation and the generations after that.”

In addition to a farming community committed to producing safe, affordable and nutritious food, Canada has a large landmass, significant natural resources and a relatively small population. When combined, these factors amount to a significant potential for the nation to assume a bigger leadership role in food production, says Mr. Petelle. “Canada is currently the fifth-largest food exporter in the world, but there is no reason why we shouldn’t be higher on that list,” he says. “Beyond helping to feed the world, the economic impact and implications for Canada are significant.”

A few years ago, the federal government’s Advisory Council on Economic Growth highlighted agriculture as a strategic sector with “a strong endowment and untapped and significant growth potential.”

Today, tapping this potential is even more important. With countries around the world looking to reduce deficits incurred due to the pandemic, “agriculture can be one of the bright lights for helping Canada with its economic recovery,” says Mr. Petelle.

Maintaining a reliable food supply has been critical in ensuring the COVID-19 response hasn’t exacerbated food shortages, he adds. 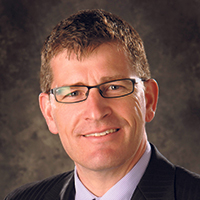 “Canada is currently the fifth-largest food exporter in the world, but there is no reason why we shouldn’t be higher on that list. Beyond helping to feed the world, the economic impact and implications for Canada are significant.

Jim Everson, president of the Canola Council of Canada, agrees that food producers can “play a significant role in advancing food security not only at home but in regions with a less stable food supply,” he says. “Canada has a great reputation for being a peacekeeper and for supporting humanitarian causes. We also are known as a reliable supplier of quality food.”

At a time when some countries impose export bans to make sure their citizens don’t go hungry, Canada retains a considerable export capacity, says Mr. Everson. “We export 90 per cent of the canola and 75 per cent of the wheat grown in Canada.”

With agriculture contributing $32-billion to Canada’s GDP and employing over 250,000 people, it’s important to support this pillar of the economy, says Mr. Everson. “Measures that can ensure agricultural output remains strong include maintaining access to international markets and supporting advancements in technology and innovation.”

Mr. Petelle also sees enabling trade and innovation as key. “In this era of tremendous growth in science, technology and engineering associated with food production, we need to ensure that Canada is an attractive market for the next evolution in agriculture,” he says. “[This can include] drones for mapping fields, gene editing to produce crops best suited to local conditions, precision application so that seeds and products are used in the right area and the right amount, engineering solutions for optimizing equipment or efforts to ensure there is no negative impact on the environment.”

Collaboration between the industry and governments can ensure regulations enable progress rather than prevent farmers from adopting innovations that help to advance food production, food security, economic growth and environmental protection, says Mr. Petelle. “We’re optimistic that the importance of agriculture and food production will remain high on people’s minds and on the government’s agenda.”

Borrowing from the 2010 Olympics slogan, which envisioned Canada to “own the podium,” Mr. Petelle would like to see a similarly concerted government-wide approach to helping Canada “own the agriculture podium.”

Sponsor content feature produced by Randall Anthony Communications. The Globe’s editorial department was not involved in its creation.