When David and Stephanie Ciccarelli started voiceover marketplace Voices.com in 2005, most of their company’s work involved commercial spots and phone greetings.

“To put some context around this, this is no longer the one-minute explainer video,” Mr. Ciccarelli says. “I’m talking about 10 hours of corporate training, e-learning modules, in 10 different languages. And all of a sudden, you end up with 100 hours of audio content that needs the help of an account manager to quote that deal, to size it up, to scope how much work is involved.”

The company responded by growing the full-service side of its business, which included hiring account managers to walk clients through the detailed contracts and logistics.

Full service grew to become one of the strongest areas for London, Ont.-based Voices.com. Still, it meant the company could only expand so quickly, given that the full-service side relied heavily on staffing and direct contact with clients.

To grow even faster, the company decided it had to refocus on its technology and user experience, while saving its full-service department for its biggest clients.

Redirecting the more complicated jobs back onto the self-service platform meant hiring a new team of engineers and user-experience designers, under a newly hired vice-president of product.

“That whole team is absolutely new in the last year,” Mr. Ciccarelli says, noting that before it was just him, engineers and developers. “Basically, anything that we used to have to do through customer service can now be done in a self-service capacity.”

The revised strategy was also the only way the company could attract significant private-equity investment, Mr. Ciccarelli says.

“Doing more of the same wasn’t going to be anything that any investor was going to be interested in,” Mr. Ciccarelli says. “There needed to be some big bet, some play, something that’s going to propel Voices as a leader within the space.”

Shortly after receiving US$18-million in July 2017 from Morgan Stanley Expansion Capital, a private-equity group within the investment bank, the company bought Voicebank, a voiceover platform used mainly by talent agents and producers. It was the more established side of the industry that Voices.com coveted, in particular the work for unionized members of the Screen Actors Guild (SAG) in the U.S. and the Alliance of Canadian Cinema, Television and Radio Artists (ACTRA) in Canada.

Voicebank’s brand loyalty was so strong that an acquisition made more sense than building a competing platform. But its technology badly needed updating, and the distinction between Voices.com and Voicebank as separate brands had become confusing, Mr. Ciccarelli says.

“We said, ‘Look, we’re better off unifying these two brands under the one flag which is Voices,’” Mr. Ciccarelli says. In 2018, Voicebank was merged within Voices.com.

Today, the Voices.com online platform enables voice artists to post their audio clips and list their voice skills (such as North American everyman or dry, BBC-accented expert). The company then corrals its members’ clips and skills into an algorithm, matching them with jobs, which can be anything from reciting a few seconds of ad copy to recording hours of narration. It tries to keep the selection to between 20 and 50 voice artists, so that clients don’t get inundated with too many artists auditioning at once.

Voices.com charges members US$499 annually for access to job postings and audition functions. (A member can list for free, but with access to far fewer online features. There is also an annual US$2,999, invitation-only service that gives extra exposure and insight into potential jobs.) The company also charges clients a platform fee, which is an additional 20 per cent on top of the talent fee. The service recently attracted one million registered users, and in 2019 listed nearly 50,000 job postings, according to the company.

While new technology makes voiceover work easier, it can still be a frantic process, according to Los Angeles-based voice actor John Kubin. He responds to as many audition requests as he can, even taking his microphone and laptop on vacation to record and send clips.

“I’ve been pretty successful on Voices and everything, but still, even this morning, I had to get up early. I have to jump on every single audition. I have good repeat clients, but stuff just comes so fast,” he says.

The voiceover industry also remains fragmented. Kim Handysides, a Montreal-based actor and former broadcast journalist, has been recording voiceovers since the 1980s and was the voice of the Jean Coutu retail chain for 25 years. For jobs in French, she is typically cast as la femme de Toronto.

“Voices probably accounts for 15-to-20 per cent of what I get,” she says. “I have a number of different sources, always have.”

Ms. Handysides also has a recording set-up at home, allowing her to record and send work without having to go to a studio – which has been an advantage during the current coronavirus pandemic.

For producers like Jane Rowan, online platforms are seen as a resource to find specific voice skills, but experience with a voice actor matters greatly.

“For us, because we are a professional production company, we really like to know that we can trust our voices, that we know them, that they are directable, that we are sure we are going to get what we want from them,” says Ms. Rowan, a production manager and audio producer at MJM Media in Hamilton. “And the only way to really do that is to nurture them.”

Mr. Ciccarelli acknowledges these multiple sides of the industry.

“We’ve always said, it’s one arrow in your marketing quiver,” he says. “You should have your own website. You should have a profile on Voices. You have some agents. You get to know some local recording studios. You talk to creative firms. These are all the things that talent does nowadays. They are really running their own businesses.” 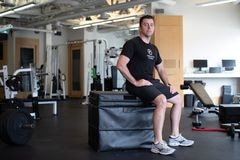 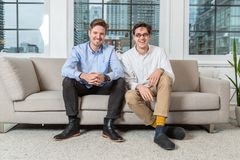 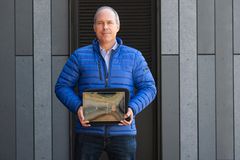