This article is part of Breaking Barriers, a series featuring prominent women in male-dominated fields. The series is sponsored by American Express Canada, which promotes the advancement of female employees through initiatives like the Women’s Interest Network and Women in Technology.

When Eugenia Duodu was 16, she learned a valuable lesson: ignore the naysayers and follow your dream. The bright young student was fascinated by science and planned to pursue it at university. Then a guidance counsellor advised her that science might be too difficult – and suggested cosmetology as an option.

Was it racism or sexism? Duodu ponders: “I think it was both. To be honest, I can never say for sure, but I do know the conversation made me feel like maybe I was wrong; maybe I couldn’t do it.”

Today, not only does Duodu, 31, hold a PhD in chemistry from the University of Toronto, she is also the CEO of Visions of Science, a community-based network that supports children and youth in low-income neighbourhoods by encouraging them to study STEM subjects (science, technology, engineering and mathematics) at school.

It’s a cause that’s personal to Duodu. Born in Canada to Ghanaian parents, she grew up in Toronto Community Housing in the west end of the city, a single child in a single-parent household. Her strong-willed, empathetic mother was her role model, advocate, defender and propulsion engine.

“She trained me,” Duodu says, recalling her mother’s facility with math and English. “I never approached school thinking it was too hard for me.”

Not everyone was as encouraging. Despite her excellent grades, Duodu was told more than once, in elementary and in middle school, that she should opt for the applied (non-academic) stream – something her mother bluntly refused to allow.

“It wasn’t always an easy journey in the school system,” says Duodu. “I struggled with perceptions of myself, never sure I was good enough.”

But Duodu – who revelled in popular science programs on TV as a youngster – also gives unstinting credit to “some amazing teachers” who encouraged and nurtured her growing interest in science. 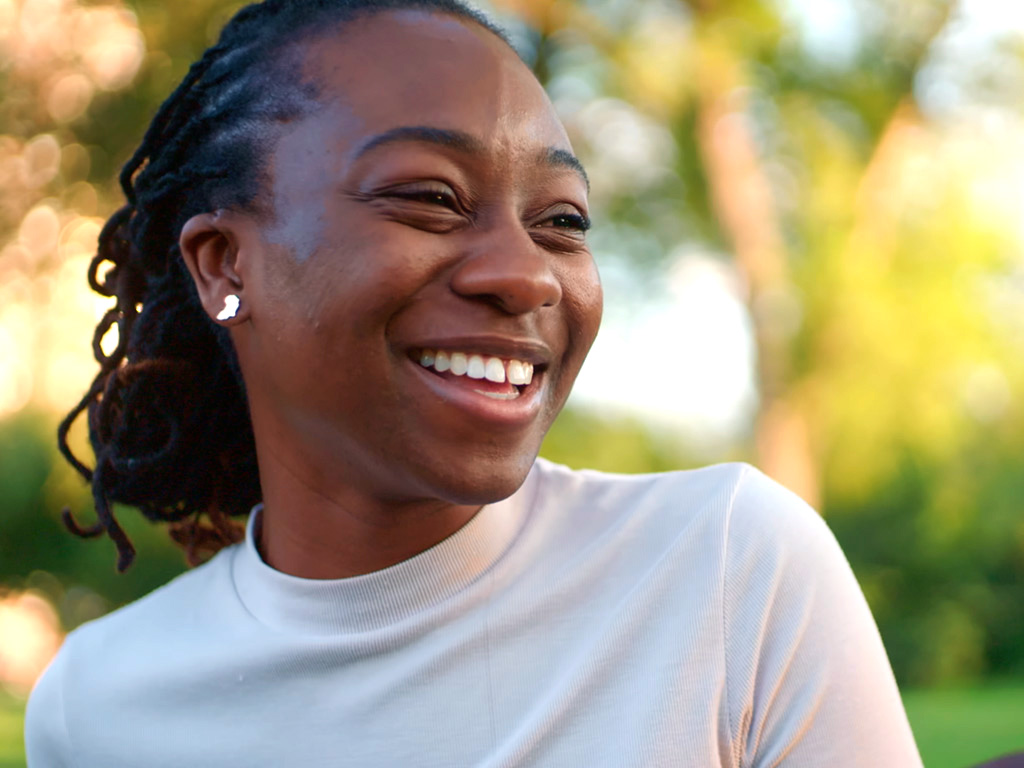 A summer mentorship program at the University of Toronto, offered to high school students of African and Indigenous ancestry, cemented the idea that science – which until then she had viewed as little more than a hobby – could be her career.

In 2010, Duodu completed an undergraduate degree at U of T, and moved on to her doctoral research, which focused on developing molecular diagnostic tools for diseases such as cancer and Alzheimer’s.

According to a 2019 Statistics Canada report, more women are graduating with post-secondary STEM degrees than ever before; but only 20 per cent of female under-graduates opted for STEM studies, as compared to 40 per cent of males.

And while women account for 44 per cent of first-year STEM students, they are twice as likely as men to switch into other programs, usually in the first two years. Women account for just 22 per cent of the STEM workforce, and in the engineering and computers science fields, the numbers are substantially lower.

Duodu enjoyed a “very good lab experience,” she says, with her colleagues being “fairly balanced” in terms of gender and with women in leadership roles. She was acutely aware, nevertheless, of the lack of black researchers in the university’s labs and at professional conferences.

“I was the only one that I knew of,” she says. “Feeling like you’re an imposter, and almost being looked at as if you are an imposter [is] the battle. It hasn’t been insurmountable for me, but it’s definitely been something that I needed to navigate.”

At conferences, when she rose to present a paper, the surprise on people’s faces was unmistakable, she says.

It doesn’t faze her now. “I’m more comfortable with who I am, what I’ve gone through,” she says with a shrug. “I know that I’m the real deal.”

So does the academic world: Duodu was recently invited to deliver the convocation speech to bachelor-of-science graduates at U of T’s Scarborough campus.

Science aside, Duodu’s other passion has always been community work, starting in her teens when she joined a neighbourhood youth council. It was there that she experienced the thrill of civic engagement. 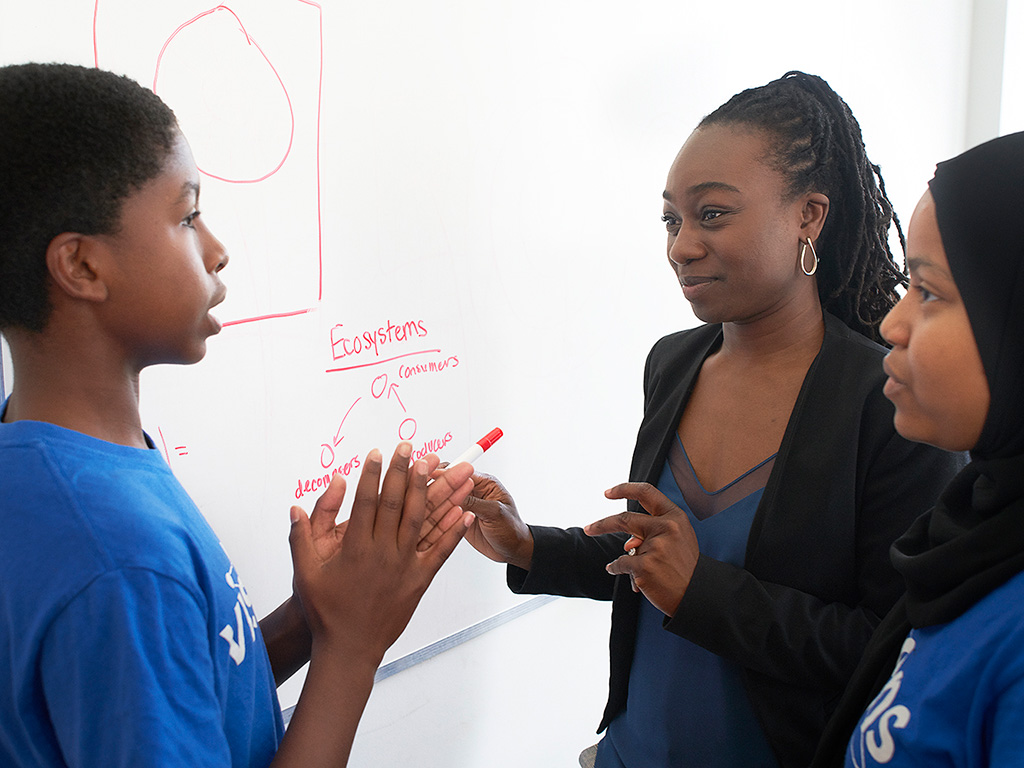 “I was hooked,” she says. Growing up in a community that – despite its own challenges – provided her with a network of practical support, she learned the importance of mentors, advocacy and most crucially, access to knowledge.

In her role at Visions of Science, Duodu is determined that the youth in these communities not be shut out of the lucrative careers found in the STEM fields because of economic, social and systemic barriers.

Under her leadership, it is now a registered charity with a $1-million annual budget, a small salaried staff and 120 volunteers. It offers a continuous “ecosystem of support” to 700 youth across the GTA, from Grades 3 to 12.

“We’re seeing incredible outcomes,” says Duodu. “Science on a fundamental level is about critical thinking. We need youth to not be afraid to go through that process.”

An internal survey found that 80 per cent of Visions of Science participants reported feeling more confident that they can do well in science.

Duodu’s message to her young protégés is simple: “You are here; you deserve to be here; just claim your place.” 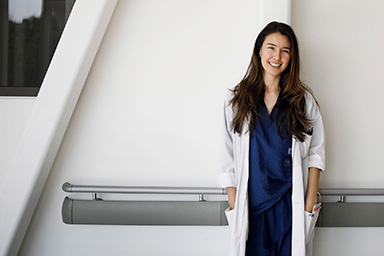 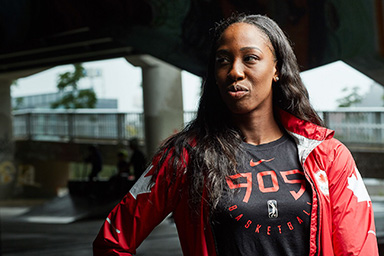 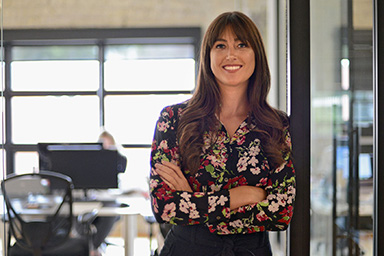