Recent climate marches in St. John’s and Vancouver – and everywhere in between – saw hundreds of thousands of participants expressing their concern about our planet’s future.

Canadians are increasingly demanding action to combat climate change, one of the most pressing issues of our time. Three cleantech entrepreneurs envision a future, where growing awareness about environmental challenges, collaboration and policy help to accelerate positive change.

Lauren Smith’s attention is on detecting, measuring and reducing microplastics, the very small plastic fragments that can harm our bodies and pollute the environment. The first step was to find a way to measure the problem, says the founder and CEO of PolyGone Technologies. “We take a sample of a liquid, such as beer, juice or water, and then we extract the microplastics. We use a special dye that makes them glow in a hot pink colour under a specific wavelength.”

Rather than having to rely on single samples tested with expensive lab equipment, Ms. Smith and her co-founder Nicole Balliston developed a system that leverages automatic image capture and machine learning. “This allows us to analyze how many microplastics are in a sample and where they may come from,” she says. “We can then recommend ways to remove them from the process of manufacturing drinks, for example.”

PolyGone Technologies is currently working with breweries with the goal to eventually issue a certification for plastic-free beer. Ms. Smith hopes such a label will be of interest to consumers and food and beverage producers alike. “We believe that increasing awareness of the problem and supporting the push to plastic-free products can make the world a better place.”

In addition to preventing plastic fragments from entering the environment, Ms. Smith envisions directing the filtered-out material towards further use, such as by partnering with innovators in the 3D-printing space. 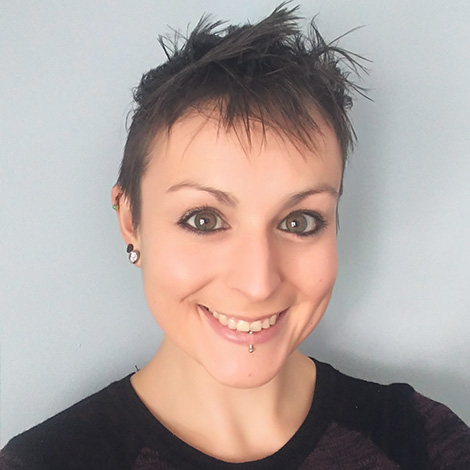 We believe that increasing awareness of the problem and supporting the push to plastic-free products can make the world a better place.

Through its affiliation with an innovation hub, PolyGone Technologies is connected to the innovation ecosystem in the Waterloo area. While this has inspired collaborations, Ms. Smith says the BlackBerry territory’s strong focus on software doesn’t always align with the needs and aspirations of a cleantech startup. “The time it takes to test the science behind a new concept is different than when you’re working with code,” she explains. “We also require lab space and specific equipment.”

Although Roger Mah is based in Calgary, the CEO and co-founder of ZoraMat Solutions also finds a “prevailing emphasis on software and unicorns has skewed the perception of startups.

“Clean technologies are often business-to-business solutions that are capital intensive,” he says. “As a chemical manufacturer, we need millions of dollars to get to the pilot stage.”

Dr. Mah and his team have pioneered a substance that looks like flour but has “a lot of ordered holes on the molecular level,” he says. “This allows us to do a lot of neat chemistry. Think of your kitchen sponge – where it can soak up water, our substance absorbs CO2.”

The material’s ability to isolate CO2 and prevent it from entering the atmosphere makes it perfect for carbon capture, an essential means of addressing climate change, says Dr. Mah. “Our material would grab all the CO2 molecules and let everything else through. Then, by changing conditions, we would release a pure stream of CO2 that could be used by cool new technologies. That’s the gap we are looking to fill.”

In addition to carbon capture for flue gases, for which a licence has already been issued, ZoraMat Solutions is exploring other potential uses. “Since our material rejects water, this gives us entry into markets like renewable natural gas or bio-gas,” says Dr. Mah. “We also have interest from niche applications for improving environmental performance.”

A provincial grant for ZoraMat Solutions opened doors to mentors and potential partners, says Dr. Mah, who has observed “increased interest in supporting startups on their path to commercialization in recent years.”

“It is encouraging to see the growth of a system that values and nurtures ideas and talent,” he says. “This can help turn Canada into a global leader for innovation.”

Before Ajay Kochhar and Tim Johnston, co-founders of Li-Cycle, became entrepreneurs, they worked as consultants for companies producing chemicals for rechargeable lithium-ion batteries.

“We saw this tsunami of new batteries being produced with little or unclear thought about what happens at the end of their life cycle and how to recover a maximum amount of material in a sustainable and safe fashion,” says Mr. Kochhar. “Batteries have traditionally been recycled with a thermal method that targets just a few metals, particularly cobalt.”

Li-Cycle is changing this, with its operating plant in Ontario leveraging its proprietary technologies to first safely render the batteries inert, then isolate the valuable portions via sustainable chemistry, and finally ensure all other by-products are saleable and returned to the economy.

Mr. Kochhar compares entering the world of cleantech startups to “taking a leap of faith that is about preparation, opportunity and timing.”

Uncertainty can come from a number of barriers, including access to financing, human capital and infrastructure. In order to address these barriers, Li-Cycle has leveraged a “hosted model for clean technology development,” says Mr. Kochhar. “It means we have a number of partners, such as labs and piloting facilities specializing in metallurgy and organic chemistry. Their modus operandi is they help us scale up while we use their services.”

Such partnerships can help to accelerate the time frame to commercialization, and Li-Cycle is already on the verge of international expansion. Along with a focus on the business, Mr. Kochhar recommends maintaining a “360-degree view about what is needed to solve the various aspects of the climate crisis.”

“When you’re so focused on the technology and market, it’s important to remember as entrepreneurs that there are key related areas where we must be engaged,” he says. “For example, we must do our part to engage with governments and industry associations to ensure they are aware that there are now commercial solutions available for recovering 80 to 100 per cent of batteries.”

Ms. Smith also hopes for a future where more stringent regulations result in reduced plastic use.

“There is growing interest in cleantech solutions,” she says. “People are looking at how companies impact the environment, and I think it’s smart for companies to evaluate how they do business.”

The efforts to curb emissions, recycle batteries and reduce microplastics have earned the entrepreneurs recognition from Canada’s Clean50, a community dedicated to supporting sustainable solutions, with the view that together, we can make a difference.