Dr. Jon Dellandrea, president and CEO of Sunnybrook Foundation, oversees a $75-million annual advancement effort that supports Sunnybrook Health Sciences Centre, one of Canada’s busiest, largest and most complex hospitals. So when he says the hospital’s ability to touch lives is enhanced by philanthropy – the simple but powerful act of giving – it’s not to be taken lightly.

“We live in a country where we’re blessed with an exceptional standard of health care, but there are serious concerns about the affordability of highest-quality health care, and only so much can be funded on the tax dollar,” says Dr. Dellandrea. “Philanthropy plays an exceptionally important role in making possible the special things that happen in places like Sunnybrook.”

Impactful change for both the short and long term is part of Sunnybrook’s mission to invent the future of health care. Canadians have played a key role, through philanthropy, in supporting the hospital’s research and growth. According to Dr. Dellandrea, individual philanthropic donations to Sunnybrook’s Schulich Heart Program have led directly to the preservation of lives over the past decade.

“For 10 years, our minimally invasive structural heart program was supported entirely through philanthropic contributions. That means there are over 200 people alive and walking the streets today who, to put it bluntly, absent of those procedures would no longer be with us,” says Dr. Dellandrea, adding that such procedures are now paid for by the government.

Donors have also been instrumental in supporting Sunnybrook’s research initiatives.

“We’re living in a time of unprecedented advances in technology and science, but the only way we can reach patients on a widespread basis is through philanthropy,” he says. “With ever-evolving technology, there’s never been a time in which the impact of philanthropy in health and medical sciences has been greater.”

National Philanthropy Day presents a chance to recognize the contributions of Canadians, but everyone at Sunnybrook is adamant that the medical community takes philanthropic support seriously every single day. And it’s not only large donations that make a difference – every dollar from every donor helps. 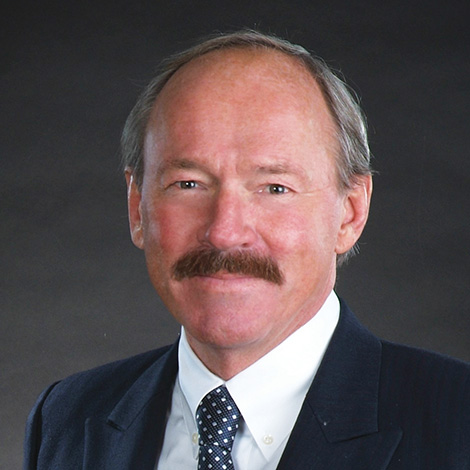 For 10 years, our minimally invasive structural heart program was supported entirely through philanthropic contributions. That means there are over 200 people alive and walking the streets today who, to put it bluntly, absent of those procedures would no longer be with us.

In Sunnybrook’s donor-supported Cancer Ablation Therapy Program, for example, state-of-the-art technology has reduced the number of treatments needed for a patient with cancer from 25 to sometimes as few as five courses. When faced with the emotional trauma, discomfort and inconvenience of cancer treatment, these technological innovations have the potential to profoundly impact the hundreds of Canadians diagnosed with cancer each day.

“We’re developing much more precise diagnostic treatments and MRI screenings that are being done instead of invasive biopsy imaging, which means significant degrees of human discomfort are eliminated,” explains Dr. Dellandrea. “The challenge is that this absolutely essential technology costs a lot of money. Without those philanthropic dollars, the technology is otherwise unavailable, and that’s just how it is.”

Sunnybrook sees a range of philanthropic donations, from seven figures to two figures, and takes pains to emphasize how much every single contribution is appreciated. The philanthropic community isn’t a rarefied space reserved for only the super wealthy. In fact, it’s the sum of every single donation that allows Sunnybrook to do its life-saving work.

After all, health care is something everyone can agree on, says Dr. Dellandrea. People may not have the same opinion on specifics, but our health is something that’s top of mind for Canadians from all walks of life. And when there’s an opportunity to give back to an organization dedicated to helping sick and injured people, being able to lend a hand can have profound meaning.

“We say it often, and my favourite words in the English language are, ‘thank you,’” says Dr. Dellandrea. “The reality is that every single person who commits to Sunnybrook is part of a philanthropic community that has a remarkable impact on inventing the future of health care.”