From the products and services they purchase to where they choose to invest and work, Canadians are increasingly favouring businesses with strong ESG performance, including those that take a proactive approach to addressing climate change.

“That’s a trend that has been gathering momentum over the past decade,” reports Gavin Pitchford, Clean50 Awards executive director and CEO of Delta Management Group. “I believe we have reached two tipping points: one, where we no longer have time to avoid catastrophic climate change without significant changes; and two, where a majority of Canadians have grasped that reality and are taking action.”

The growing movement to avoid fast fashion is a good example, says Mr. Pitchford. “Ten years ago, Kelly Drennan, who won a Clean50 award in 2017 for her thought leadership, was one of the few people talking about the need for transformation. Today, there are dozens of companies in Canada whose entire business model is wrapped around repurposing used fabrics or using sustainable materials to create new fashion.”

The example of solar panels illustrates the change in costs. “Forty years ago, solar panels cost $77 per watt of capacity. Today’s price of 13 cents per watt represents approximately 1/600th of the old cost,” says Mr. Pitchford.

At this price point, the energy needed to power a 100-watt-equivalent LED bulb for 25 years – for an average of 10 hours a day – costs less than a single Timmies, he adds. “Solar energy is, by a huge margin, already the cheapest source of new energy today. And the price is still dropping.”

Such cost benefits are boosting an energy transition, with some of Canada’s leading oil companies transitioning towards becoming energy companies that invest in clean technologies and renewable energy instead of oil exploration.

“Costs for these kinds of efforts are typically recovered within a year – or up to five years on bigger projects,” he says. “Where else does one achieve such high percentage of returns with annual paybacks continuing for at least 25 years?”

Cost avoidance is at the top of the list of advantages companies that dedicate resources to environmental sustainability can expect, Mr. Pitchford notes. “Waste is never a good thing: not for the environment nor for a company’s bottom line.”

Efforts to transition to a circular economy include a drive to reduce – or even eliminate – plastics from the waste stream. “At the moment, using recycled plastic to build a printer, for example, is more expensive than using virgin plastic, partly because the price of oil cratered during the pandemic and partly because we’re still exploring ways to recycle plastic,” he says. “But as demand increases, processes will improve and prices will drop until we no longer need oil to produce plastic.”

Yet getting to that point requires people to support the companies leading the way, notes Mr. Pitchford. “If no one values that decision by a manufacturer to invest in the future we all need, then we’ll never get there. As consumers, we can vote with our wallets. When we reward companies that cut corners to keep their costs low, we’re deliberately choosing to contribute to climate change.”

Financial markets are also instrumental in incentivizing change, says Mr. Pitchford. “Since the pandemic hit, there has been a massive inflow of capital into ESG ‘green bonds’ and investment funds. Responsible investing is increasing, and this confirms that ESG issues matter.”

Examples of leadership come from RBC, which has committed $500-billion in ESG-driven investment by 2025, and Addenda Capital, he says. Other financial levers include cleantech venture capital as well as “government incentives to help spark a massive opportunity in developing the technologies that will be the lifeblood of the world economy in the next 10 years,” he says. “In Canada, we can be buyers or suppliers. Our prosperity – and our children’s prosperity – depends on the moves we make today.”

The outcomes speak for themselves, believes Mr. Pitchford. “Companies that are conscious of their environmental risks and performance – and of their social responsibility and governance – are frankly better managed, more resilient and more profitable,” he says. “They are proactively addressing future events and risk factors, such as changes in consumer behaviour, regulations and markets.

“As importantly, good luck with either finding staff or raising capital in the future if you don’t have a strong ESG performance. Canadian employees of all ages are voting with their feet.”

While doing the right thing should be its own reward – it clearly brings additional benefits now, as Canadians rally behind the call to action against climate change. 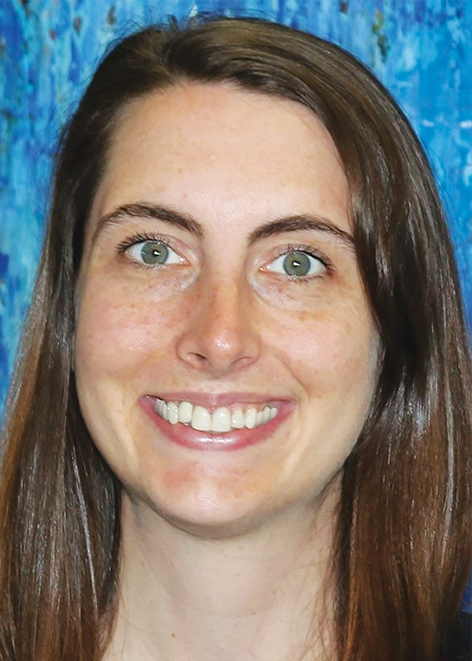 As an expert in carbon quantification and management, Crystal Vella has been leveraging her expertise to identify major opportunities, barriers and milestones to develop an initial three-year plan to provide Walker Industries with partnership opportunities and a roadmap to achieving carbon neutrality. 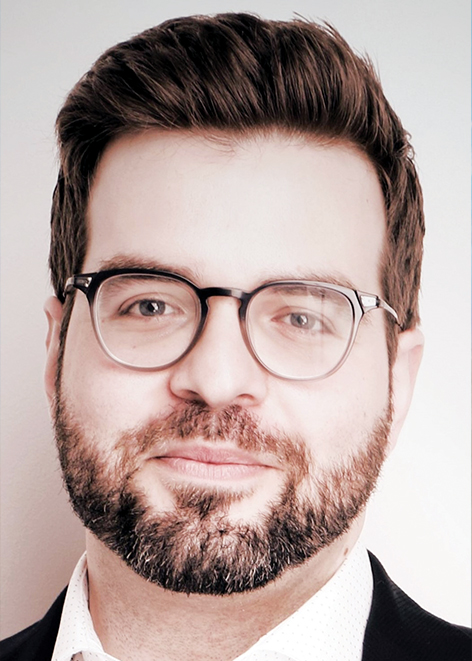 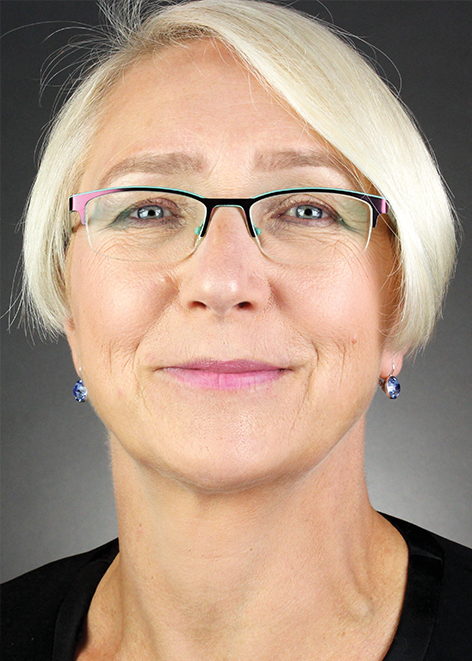 As head of Sustainable Impact, Frances Edmonds has enabled HP to become Canada’s most sustainable tech company by embracing the circular economy. Her efforts have contributed to a partnership with the Laverne Group, which means that ocean-bound plastic, recycled in Canada, is now found in HP printers, cartridges and laptops worldwide. 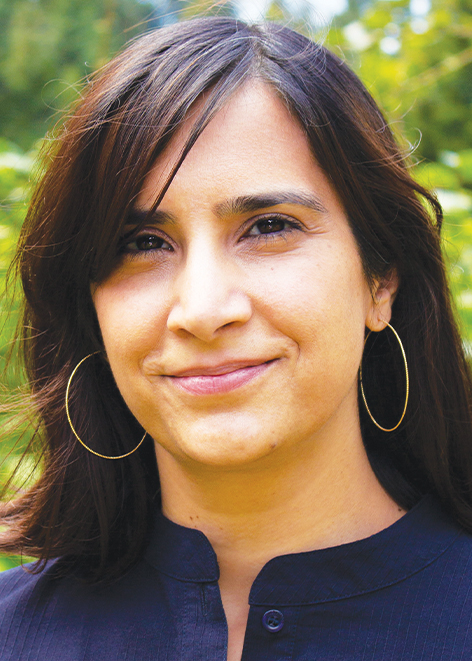 As vice-president, Mission and Strategy, Nature's Path Foods, Jyoti Stephens is helping to advance the mission of leaving the Earth a better place through organic and sustainable practices. Nature’s Path manufacturing sites are zero-waste certified, and it has pledged to make all packaging recyclable, reusable or compostable by 2025. 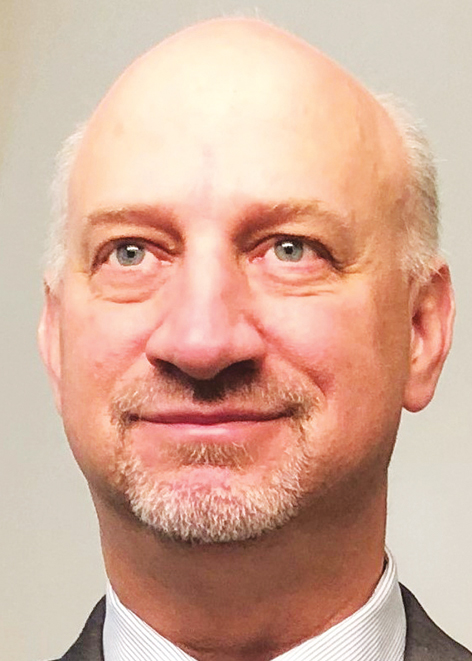 If you’ve ever taken a city bus in Quebec, chances are it was powered by an innovative biofuel developed by Innoltek, led by Simon Doray. Made mainly from waste animal fats recovered from food processing, the resulting high-performance fuel reduces carbon emissions by 136 per cent compared to diesel. 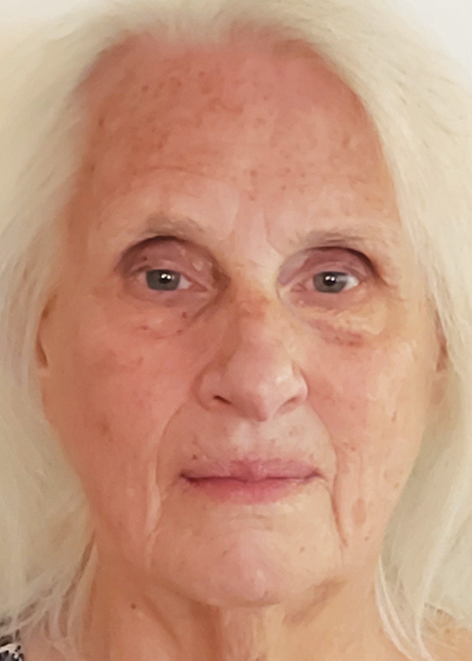 Since becoming the first female refinery engineer for Shell Canada, Lucie Wheeler has been the inventor or co-inventor listed on 25 patents. Her new pyrolysis technology has the potential of diverting thousands of gallons of waste oil – plus hard-to-recycle plastics – from the waste stream. 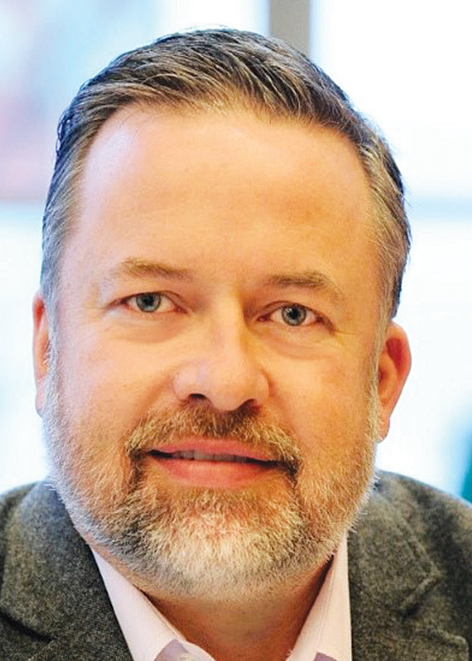 After surpassing energy and emissions reduction goals in 2019, TELUS is now setting even more ambitious carbon neutrality targets. Geoff Pegg is leading a range of efforts, including the development and operation of new solar and wind assets, offsetting paper and packaging use, and more. 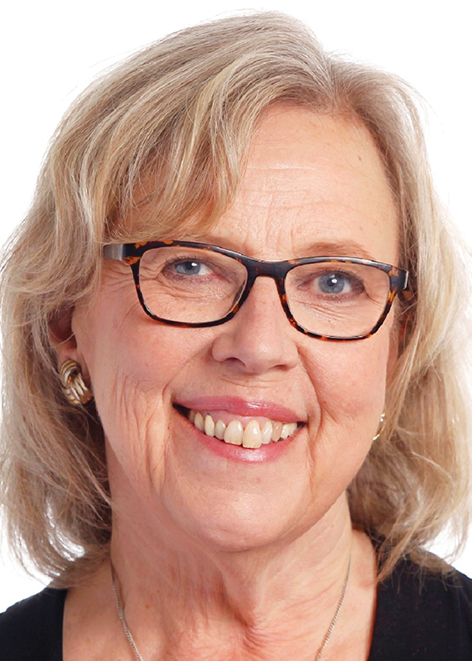 As former leader of the federal Green Party, Elizabeth May is recognized among Canada’s most consistent and well-informed voices pressing for climate action. For example, she initiated the debate on the IPCC 1.5 degree report and called for a ban on keeping whales, dolphins and porpoises in captivity. 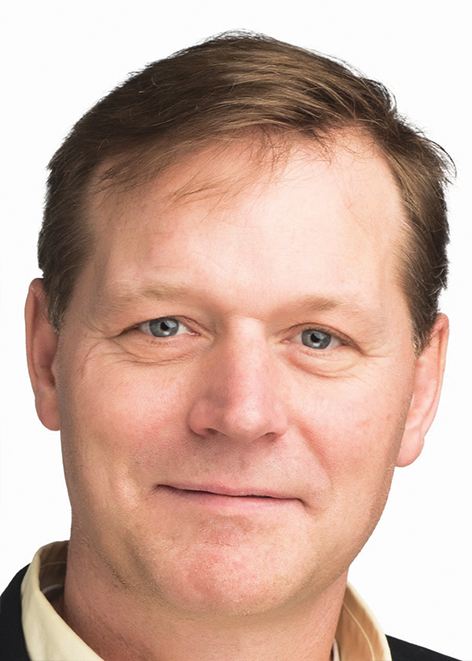 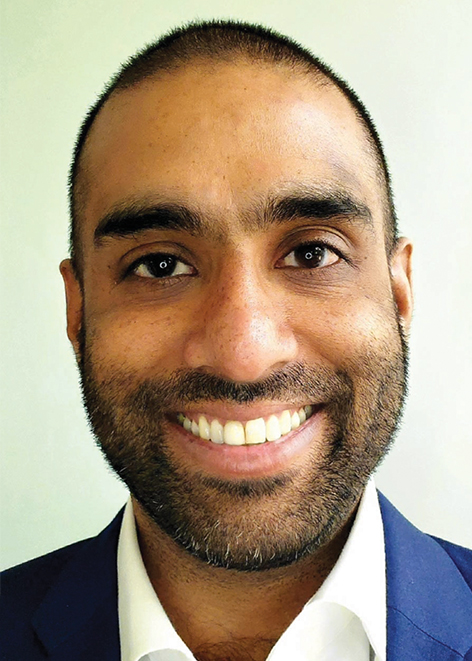 Leading EcoAdvisors and EcoInvestors Capital, Hari Balasubramanian has unlocked significant capital for conservation, sustainable development and nature-based solutions. He was also instrumental in the formulation of a corporate philanthropic strategy devoted to enhancing environmental resilience, especially in communities closely associated with and reliant on natural resources. 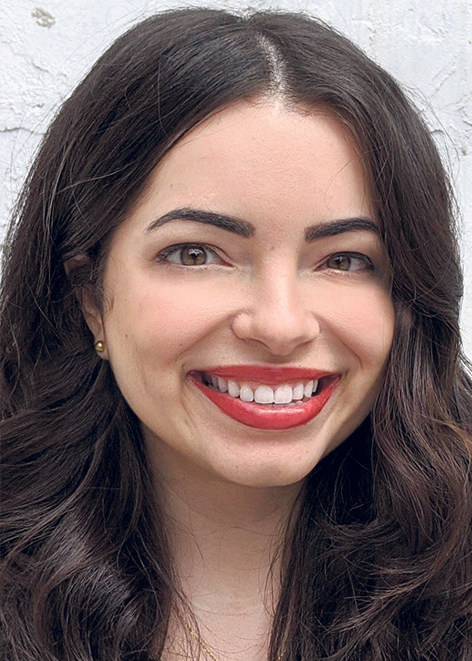 Improving the health and well-being of thousands of Canadians living in remote communities, Stefany Nieto founded Green Iglu: a social venture strengthening food security by equipping communities with training and greenhouse infrastructure. This summer, Green Iglu will expand to include three new communities. 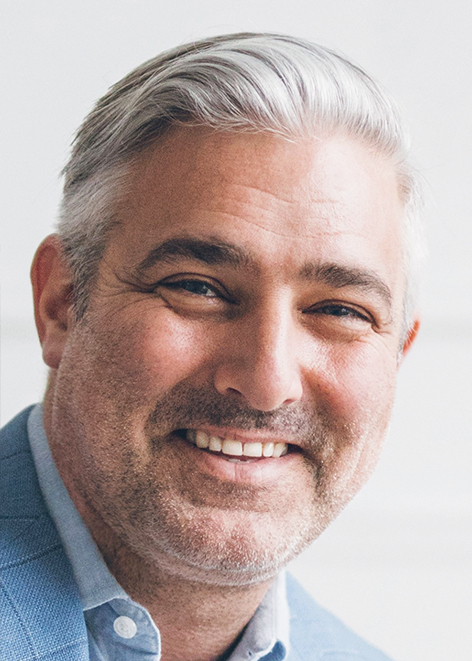 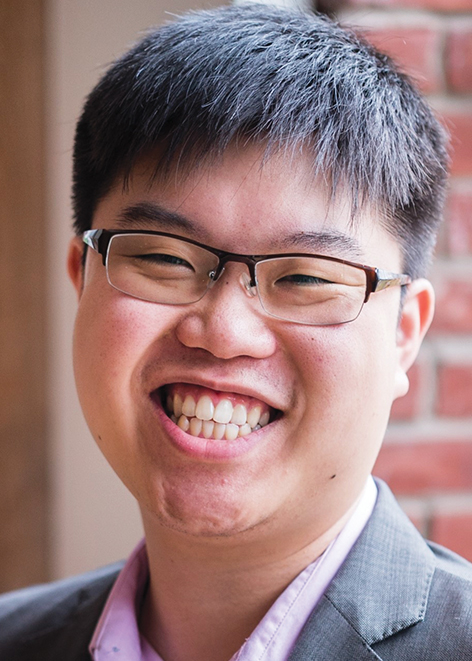 As founder of the Foundation for Environmental Stewardship, Steve Lee led the 3% Project, which mobilized 1,000,000 Canadian youth. He drove 160,000+ kilometres to over 500 schools to meet with over 100,000 students, empaowering them to undertake local projects, most of them in rural, remote, resource-rich or climate-skeptical communities. 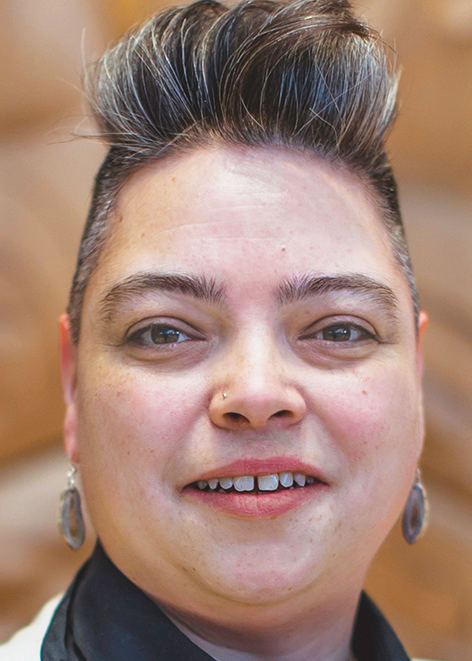 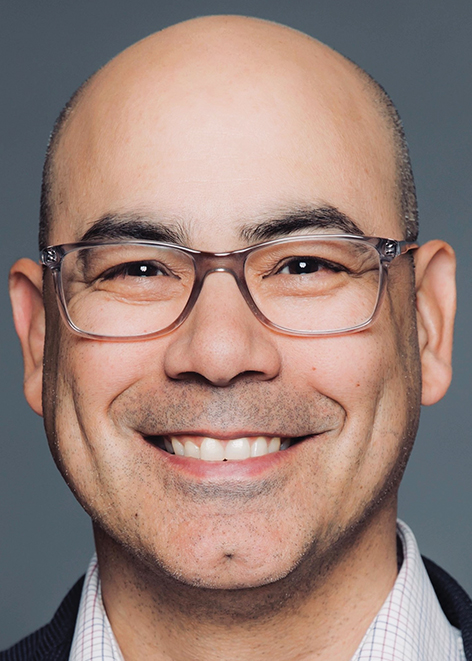 As vice president, Sustainability & Shared Value, Tim Faveri has led Maple Leaf Foods to becoming the first major protein company in the world to be carbon neutral through a sustainability strategy that includes energy-efficiency projects, waste and water reduction initiatives, and investing in innovative technologies. 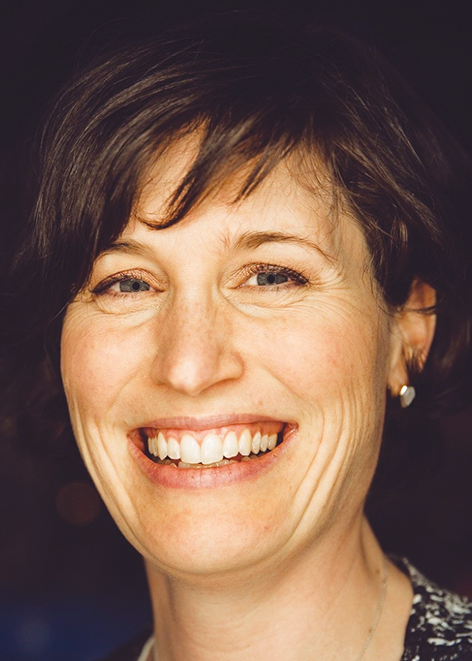 As a shared mobility architect and founder of movmi, Sandra Phillips has turned her new mobility vision into reality by designing, planning and launching over 60 shared mobility ventures and programs that aim to have a lasting and positive impact on communities. 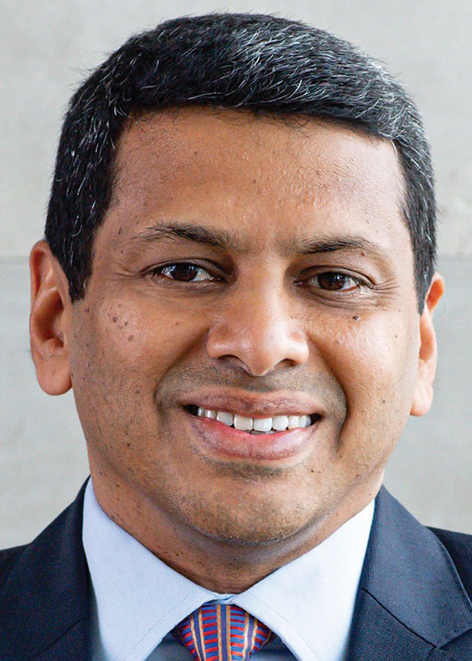 Led by Chandra Ramadurai, Efficiency Capital commercialized a third-party in-vestment and development model with projects that achieve a lifetime greenhouse gas reduction of over 10,000 tonnes. The model has since been adopted in social housing, co-operatives, condos and is being rolled out to commercial buildings. 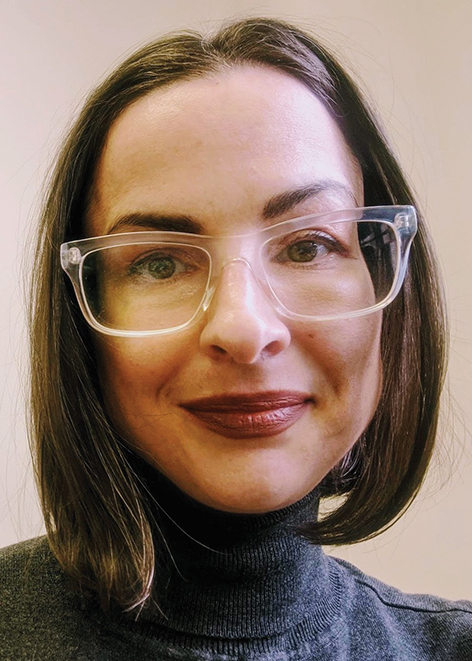 Leveraging the cutting-edge design of Casa Duro’s modular building system, Patricia Russell is advancing resiliency and sustainability in the built environment. Rapid onsite assembly methods allow real estate developers to reduce emissions – and the system allows for flexibility in the use of local finishing materials.

Canada’s Clean50 Awards were founded in 2011 by search firm Delta Management Group to identify, recognize and connect Canada’s sustainability leaders, so that they might collaborate to accelerate Canada’s successful transition to a low carbon and prosperous economy. The 99 awards this year celebrate 50 individuals, 20 emerging leaders, five lifetime achievers and 24 of the top sustainability projects completed in the past two years. Honourees will gather with past honourees on September 30 for the 10th Clean50 Summit: an intense day of problem-solving discussions, making critical connections and celebrating success – inspiring participants to keep pushing for meaningful climate action.