When it comes to climate change, there’s no shortage of fervent and opposing beliefs. But why do people believe what they believe about climate change?

That’s a question Gordon Pennycook, an assistant professor of behavioural science at the University of Regina, has been looking at to determine how things like political ideology, rational thought and misinformation affect science beliefs. “One thing that people most commonly think is that those who disagree with them have their heads in the sand, and they don’t understand the basic science,” he says. “But none of us really understand the science of climate change. We may have a general understanding, but we don’t understand in the same way as scientists do. In these kinds of contexts, we rely on experts to guide us.”

And yet, in the case of climate change, this doesn’t hold true. Dr. Pennycook’s research found that the more educated and knowledgeable you are, the more polarized you’re likely to be; and if you’re conservative, the more likely you are to reject the scientific consensus on climate change altogether. “We don’t see this with other scientific issues like genetic modification or the big bang theory,” he says. “In the context of climate change, there’s something else going on. There’s an alternative constructed reality where something really perverse is happening with what information is presented.”

Believing fake news is not rooted in intelligence or partisanship either. Instead, it comes down to taking the time to think critically, which, unfortunately, few people do. “Most people aren’t thinking about what they’re seeing on social media,” says Dr. Pennycook. “They have other things to do; they aren’t thinking reflectively about whether climate change is real. When given easy answers that seem plausible, it’s no surprise that people don’t believe climate change is caused by humans. It’s not that people are dumb; it’s that a lot of effort is going into duping them.”

The way climate science is communicated matters too. Dr. Pennycook and his colleagues looked at reports by both proponents and skeptics of climate change. They found that advocates tend to use more cautious and tentative language while skeptics use more assertive and aggressive language. This has significant implications because the simpler the information is and the more absolute the claims, the more likely people are to accept it. If we get confused or have to think too hard, the idea becomes less believable. That means the complex nature of scientific rhetoric makes it easy to cast doubt upon. “Actual scientists don’t want to give answers they don’t have, while the people who make stuff up sound much more confident than they should,” he says.

Given this fierce information battle, can collective climate change action ever happen? There is hope. Dr. Pennycook’s research shows people are not being willfully uninformed, and when presented with enough evidence, they can and do change their minds. “It’s not easy to change minds. But because climate change beliefs are not based on deliberate ignorance, the more discussion we have, the more we can break down the false expertise,” he says.

To this end, taking the time to verify the accuracy of what you accept as truth goes a long way. “People need to look at who’s giving them what information and consider what their vested interests might be,” says Dr. Pennycook. “If we expose people to a broader range of expertise, and show that the five commentators on Fox News don’t encapsulate all of it, we can shift public opinion and get political leaders to act on climate change.”

Climate change-related research abounds at the University of Regina 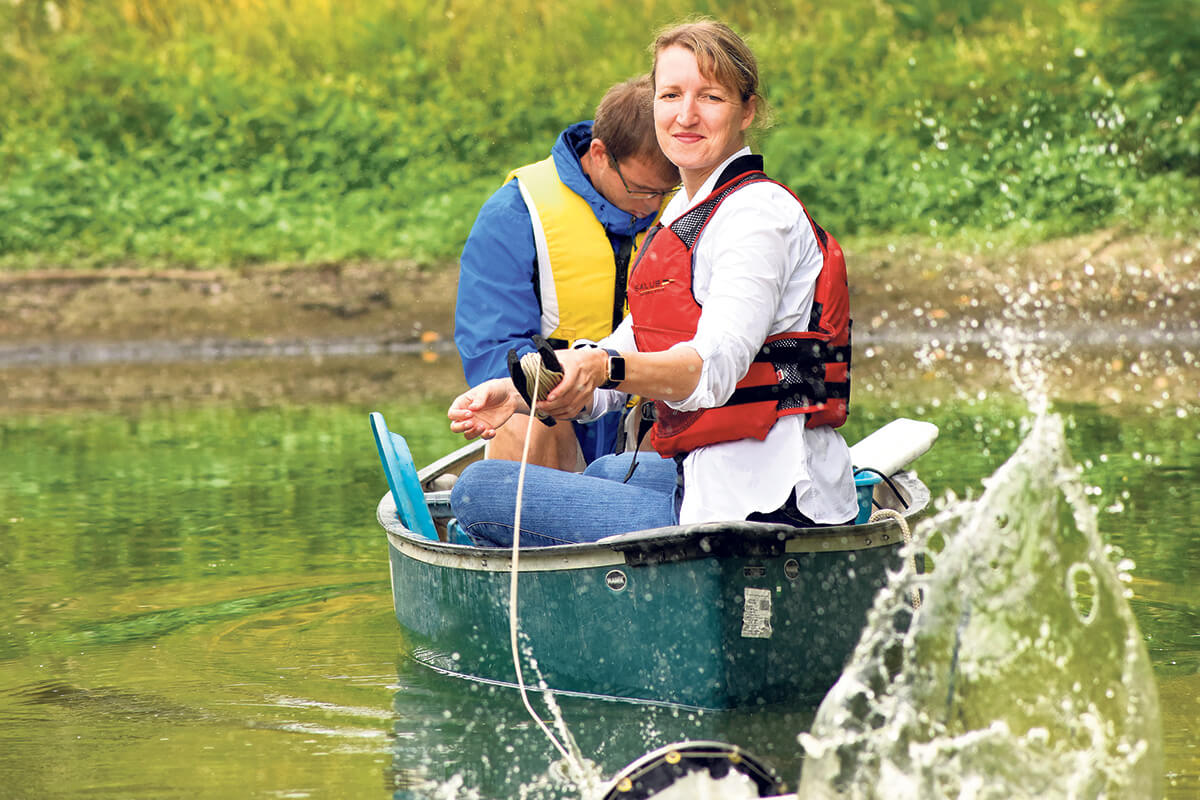 Dr. Kerri Finlay carries out her research in Saskatchewan’s agricultural dugouts, which could prove to fight against climate change.