At a time when their services are needed more than ever, many Canadian charitable organizations are facing an uphill financial battle for survival as the COVID-19 pandemic continues to erode the economy and disrupt fundraising activities.

But the Association of Fundraising Professionals Canada (AFP) says fundraising and the professionals who support it have never been more needed.

“In a world facing a pandemic amidst high racial tension, health concerns, climate issues and an increasing divide between people with wealth and people living with poverty, the need to support worthy causes has never been more acute,” he says.

But AFP notes that some Canadian charities have already been forced to close down or curtail services, including the YMCA in Yarmouth, Nova Scotia, which closed for good after 162 years. In addition, as many as 124 Royal Canadian Legion branches across the country may not have the resources to reopen.

Nevertheless, Mr. Lakhani believes the spirit of giving remains alive and well in Canada as evidenced by increased donations to a wide variety of organizations including food banks, hospital foundations and his own – Future Possibilities for Kids – since the start of the pandemic.

“People are looking for meaning in these times of great stress and concern,” he says. “Ultimately, they want to make a difference, and giving to charities to make an impact is one of the most direct routes possible.” 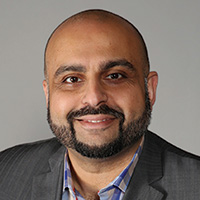 “Combining public generosity with the relationships, knowledge and approach of social purpose organizations is a powerful formula to strengthen our recovery.

However, while Canadians are giving, it is also important for them to do their research on charities and non-profits that ask for their support, says Mr. Lakhani.

“The value of giving is often oversimplified to only focus on supporting organizations that have the lowest administrative expenses. Instead, donors should look at tangible impact – in the form of programs, services, research and on-the-ground benefits – that affects real people,” he adds.

Mr. Lakhani believes Canada needs “a strong and healthy backbone” of accessible services and supports to meet the spike in demand that is only beginning to show itself.

“Giving is one way to ensure that happens. Combining public generosity with the relationships, knowledge and approach of social purpose organizations is a powerful formula to strengthen our recovery,” he says.

Angela Chapman, president and CEO, VGH & UBC Hospital Foundation in Vancouver, says providing financial support is not the only way to help charities.

“If you must cut expenses by reducing charitable giving, think of ways that you might encourage your friends and contacts to support a cause you care about. It’s amazing how a small gift from one person can inspire others to support a cause. Or give of your time in a socially distanced world. Volunteering may be more complicated, but lots of charities and non-profits need your time and abilities as well,” she adds.

She notes that Canada’s charitable and non-profit sector fills many needs that hold our communities and society together through a vast array of social services and environmental causes.

“Charity is required in these times to lessen the impact on those in greatest need; and thoughtful, impactful philanthropy is also needed to help redress long-standing socio and economic disparities and the health and well-being of individuals, families and communities,” she says.

“Now is a time to be more, not less, charitable and philanthropic, whether giving of your time, your abilities or your funds.” 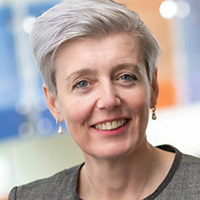 “If you must cut expenses by reducing charitable giving, think of ways that you might encourage your friends and contacts to support a cause you care about.

To help bolster the sector, AFP and other non-profits have asked the federal government to create a stabilization fund to help charities weather the pandemic and maintain as many of their services as possible until the pandemic passes.

The reasons for the appeal are clear: reduced donor support is expected to be much more severe than during the 2008 global economic recession when giving declined by approximately $1- to $2-billion and did not return to 2007 levels until 2014.

A new report by Imagine Canada noted that the charitable sector’s revenue has declined by almost 31 per cent since the onset of the pandemic, with 69 per cent of charities reporting decreased revenues. While the full impact is not yet known, 45 per cent of charities believe their financial condition will be even worse in the next three to six months.

A recent survey by AFP revealed that 70 per cent of Canadian fundraisers believe their charities will raise less funds in 2020 than in 2019, and 68 per cent believe giving in 2021 will be lower than in a typical year.

That’s an unwelcome prospect for the non-profit sector at a time of high unemployment, record levels of national debt and high levels of social, health and economic distress, all of which means the need for charities will be higher than ever.

A decline in the charitable sector is also bad news for Canada’s economy as a whole. While the country’s estimated 170,000 charities and non-profits provide essential services and support to Canadians in need, they also contribute $150-billion to the economy, account for 8 per cent of GDP and employ two million people, according to government figures.

But the inherent strength of the sector means it can play an important role in Canada’s post-pandemic recovery. Fundraisers and charities serve as a bridge to connecting donors with needs in the community and ensuring that donors know their gifts are being used appropriately and ethically.

For information about AFP Canada: afpglobal.org/afp-canada

The Association of Fundraising Professionals (AFP) represents more than 3,000 Canadian fundraisers and charities, and over 28,000 around the world, partnering with donors and volunteers to change the world through ethical and effective fundraising.

AFP helps its members raise more than $100-billion annually for a wide variety of causes through advocacy, research, education, mentoring and the most rigorous code of ethics in the profession.