After a three-year battle, investment fund manager 3iQ Corp. has been given the green light to launch one of the first bitcoin funds for retail investors.

3iQ, which is based in Toronto, received a favourable ruling last week from the Ontario Securities Commission (OSC) for its bitcoin fund after years of trying. Bitcoin is a digital currency that is not issued by a government, bank or central organization. It allows individuals to transfer value to each other and pay for goods and services without the need for a middleman.

Earlier this year, the OSC denied approval for a final investment prospectus for 3iQ’s product, billed as the Bitcoin Fund, saying it was not in the public interest to approve because of concerns about the integrity of the market for bitcoin; the security and safekeeping of the fund’s bitcoin; and the fund’s ability to file audited financial statements.

But after a hearing panel overruled the initial decision last Thursday, 3iQ will be able to start a fund that will directly hold bitcoin.

“We have worked actively with the OSC’s Investment Funds and Structured Products Branch to create an investment fund that we hope will allow retail investors the benefits of investing in bitcoin through a regulated, listed fund,” said Fred Pye, president and chief executive of 3iQ.

Mr. Pye said the firm addressed the regulators’ questions of pricing, custody, audit and public interest issues in a regulated investment fund, and will refile the investment documents as soon as possible in hopes of getting the fund available on a major exchange by the end of 2019.

The company hired an auditing team from Raymond Chabot Grant Thornton and obtained Gemini, a New York-based cryptocurrency exchange and custodian founded in 2014 by twin brothers Cameron and Tyler Winklevoss, to act as custodian and store the fund’s bitcoins.

To clarify pricing, a bitcoin benchmark was created by VanEck’s MV Index Solutions, a regulated index provider and leader in developing cryptocurrency indexes and data series.

Bitcoin and other cryptocurrencies surged in value throughout 2017, creating a ripple effect of investor interest. At its peak, the bitcoin price soared to US$20,000 in early December, 2018. Today, the price of bitcoin is valued at just more than US$9,300. Many investors purchase bitcoin through digital wallets or third-party providers that charge high fees to transfer funds and on unregulated digital currency exchanges.

During the hype in 2017 and 2018, investment companies raced to become the first providers to launch bitcoin-related funds to investors. Dozens of investment filings in both Canada and the United States were submitted, many looking to launch exchange-traded funds.

At the end of 2017, the exchange of Chicago-based Cboe Global Markets Inc. became the first to offer a futures contract for bitcoin. But U.S. and Canadian regulators continued to hold off on approval of ETF filings with concerns around the liquidity of cryptoassets, while several “accredited investors” funds were approved that could only be sold to sophisticated investors with more than $100,000 in investable assets.

Rather than an ETF, 3iQ will launch a closed-end fund, which is also known as a “buy and hold” fund. ETFs typically need to create and redeem units on a daily basis, and trade actively to meet redemption requests. With a closed-end fund, new investment capital doesn’t flow automatically into the fund, so the structure is seen as being more stable.

“Pooling of investor funds under a professional management structure to address and mitigate risks in an underlying asset market is innovative and should be encouraged,” said OSC lead director Lawrence Haber in his decision, “especially when it provides an alternative to investors acquiring bitcoin through unregulated vehicles.”

Last week’s decision by regulators is seen as a “pivotal moment” for the industry, says Mr. Pye, because it opens the door for other cryptocurrency funds to emerge that are regulated.

“We design client portfolios to achieve a specific goal – a specific long term return target,” says Mr. Hallett. “I can take each component of the portfolio and give you a very good ballpark estimate of how each piece will contribute to achieving that long-term goal. I have no idea how anyone can do this with bitcoin or any cryptocurrency. It can’t be done.”

Mr. Haber, who was on the review panel, says he disagrees that the approval could open the floodgates to other public offerings of crypto-asset issuers.

“Investment dealers must approve products for their shelves before their salespersons are permitted to sell products," said Mr. Haber, in his decision. "And it is yet to be seen whether and to what extent such approval will be forthcoming regarding these types of investment products.” 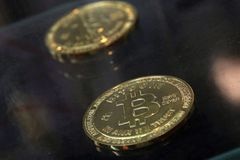 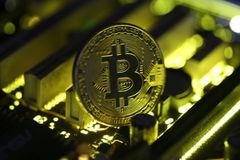