The London alumni of Lehman Bros. are to meet for a reunion bash on Sept. 14 at a swanky club in the City, as the financial district is known, 10 years less a day after the investment bank’s spectacular collapse. Several hundred former Lehman employees are expected to attend the boozer, and it’s a safe bet they can afford the £70 ($120) ticket.

Most of the Lehman alumni bounced back in a hurry, even if some found refuge in other industries. Yet, in spite of their success, they must wonder why they and their employer were thrown to the dogs, triggering a global financial crisis, while the rest of the financial players were propped up with bailouts, nationalizations, liquidity injections, tax breaks, supernaturally low interest rates, guarantees and other expensive monetary manoeuvres and tricks.

To this day, there is plenty of debate as to whether Lehman should instead have been rescued. My own view is that the entire financial services industry should have been nationalized, bashed into shape without mercy and later returned to private ownership. Some big names were indeed nationalized, such as Royal Bank of Scotland, which was briefly the world’s largest bank before it was felled by greed and reckless management. But most kept their doors open through other methods, at taxpayers’ expense.

There are direct and indirect lines from those rescues to today’s surge in populism. A decade after the crisis, the backlash from protecting rich bankers while the poor and the middle class were squeezed has yet to abate and may even be intensifying: In Europe, populist politicians are gaining wide support; in Italy they have formed a government.

In the thick of the crisis, in the fall of 2008, governments pretty much everywhere had to make a choice: Protect the rich, that is, the bankers, their big-name clients and investors, or let them sink.

The first option won out and countries around the world threw the equivalent of trillions of dollars at their financial services sectors to prevent their implosions. The cost alone of the American rescue, under the Troubled Assets Relief Program, or TARP, was US$700-billion. The real cost was many times higher if you include the U.S Federal Reserve’s US$1-trillion-plus purchase of mortgage-backed securities and other bailout programs sponsored by the Fed and the Treasury Department.

The bankers got off pretty much scot-free, in spite of their epic sins. Bankers’ bonuses in 2009 and 2010 were at record, or near-record, highs. That sweet little ruse was partly accomplished by writing down the value of financial assets in the thick of the 2008 crisis, then inflating their value as the bank rescues came in and crisis subsided. In January, 2009, then president Barack Obama called the financial institutions “shameful” for handing out some US$20-billion in bonuses as the economy was in recession and unemployment surging.

Banks were, collectively, hit with hundreds of billions of dollars in fines for various transgressions, but bankers themselves whistled past the prison gates. No chief executive or finance boss landed behind bars (although some lesser figures were prosecuted for crimes not specifically related to the crisis), adding to the sense among the working classes that rich bankers escaped punishment. The exception was tiny Iceland, whose banking crisis flattened the economy and some 26 bankers and other financiers went to jail for crimes ranging from money laundering and fraud to breach of duty and lying to regulators.

Sweden was also merciless in fixing its early 1990s banking crisis, the result of a lax regulation, easy credit and a housing bubble that burst, leaving most of the overleveraged banking sector insolvent. The Swedish government swung into action in an instant, effectively nationalizing the entire sector. The government guaranteed deposits and took over the banks’ bad debts. Bank shareholders got wiped out. The banks had to write down their losses and issue common stock to the government in exchange for the bailouts. The government’s bank cleanup costs were recouped somewhat when it later sold the distressed banking assets and the shares in the nationalized banks, some of which had been forced into mergers. Bankers did not get bonuses. Ultimately, the rescue cost 2 per cent of gross domestic product, but created a healthy banking sector that propelled the economy to new heights.

Had the banks and other financial institutions in the 2008 crisis been nationalized wholesale, government financial experts and regulators could have gone through the books to see what assets were real and which were fake. They could have forced the banks to reconcile their awe-inspiring and dangerous derivatives exposure, forced bondholders to take losses, prevented the payment of outrageous bonuses and called for prosecutions. As it is, the banks largely escaped deep-tissue scrutiny. Today, the top banks are even bigger than they were a decade ago. The bailouts in the next crisis will have to rise accordingly.

There is no easy explanation for populists’ rise in Europe and elsewhere, but letting the bankers in effect profit from their crimes and misdemeanors while thrusting the burden of the bank rescues on the taxpayer certainly helped. Harsh austerity measures hurt the poor and the middle class a lot while leaving the rich unscathed. The explosion of student debt is partly the result of the inability of parents to pay for their children’s education. If there is one factor that has contributed to rise of populism it is the sense of unfairness, that the banking crisis and subsequent recessions insulated the rich and walloped the unrich. Ten years after the Lehman collapse, the anger remains palpable. 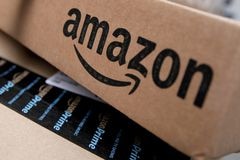 Oil prices steady, weighed down by equity markets but supported by geopolitics
September 7, 2018 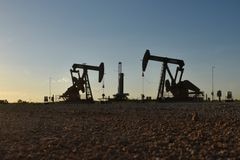 Trump says U.S. is not ready to make a trade deal with China
September 5, 2018 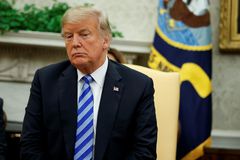